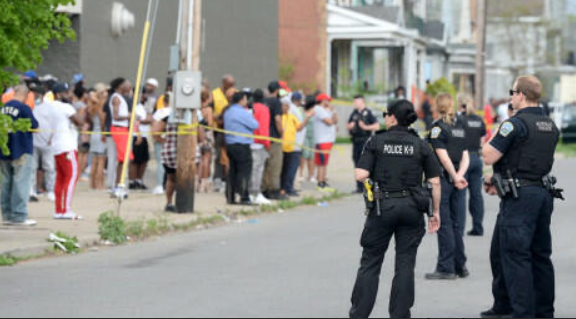 Massacre In Buffalo Highlights The Legacy Of Racist Violence

Ten were gunned down in a supermarket in the heart of a historic African American community.

The 18-year-old shooter, Payton Gendron, has been heavily influenced by the white supremacist ideology of replacement theory which encourages violent attacks against African Americans and other nationalities in the United States.

According to reports, Gendron drove more than 200 miles in New York state to this location where on several occasions, he visited the store in order to map out his murderous attacks against innocent people. One witness said that he had talked to Gendron the day before outside the supermarket for over 90 minutes.

This massacre follows numerous incidents over the last few years where gunmen motivated by racist beliefs have carried out mass shooting aimed at killing as many of a particular targeted group as possible. The proliferation of racist and neo-fascist websites and other digital platforms serves as a conduit for exchanging views which are largely based upon false notions of conspiracies to eliminate the European people.

An article published by CBS News points out that: “More than 600 pages of messages thought to be written on the social media platform Discord by the man accused of killing 10 people at a supermarket in Buffalo appear to show his months-long, unfolding plan to kill as many Black people as he could. The messages, which begin in November, are laced with racist and anti-Semitic tirades…. The messages continued until a few days before the attack, with the final posts including photos of an assault rifle on which racist slurs were scrawled along with the names of other mass shooters. Ten people were killed in the shooting, including a church deacon, the mother of the city’s former fire commissioner, and a ‘beloved’ security guard who tried to incapacitate the shooter. Upon encountering police, the suspect put his gun to his chin, police said — but officers on the scene convinced him to put the gun down and he was taken into custody. He has been charged with murder in the first degree — the most severe murder charge under New York law — and has pleaded not guilty.”

Interestingly enough the gunman was apprehended alive with no injuries inflicted by the police. This scenario drastically conflicts with the continuing deaths of African Americans in their interactions with law-enforcement where oftentimes the victims were not armed.

U.S. President Joe Biden and First Lady Jill Biden traveled to Buffalo on May 17 in order to meet with the family members of those killed in the race massacre of May 14. During his address while in Buffalo, Biden denounced white supremacist ideology and proclaimed that these beliefs had no place in the U.S.

Nonetheless, he did not say that the U.S. was founded on white supremacist principles related to the forced removal and genocide carried out against the Indigenous Native American population along with the importation of millions of Africans for the purpose of enslavement. The British colonies which later became the U.S. after a seven-year war of separation, did not eliminate slavery as an economic system when they announced in the Declaration of Independence that all men are created equal.

Of course, Africans and Native Americans were not considered fully human and therefore had no specific rights that the white ruling interests were bound to respect. It would take another 90 years after the 1776 founding of the U.S. as a Republic for legalized involuntary servitude to be outlawed. The collapse of chattel slavery was a direct result of the Civil War of 1861-1865 which left an estimated 620,000 dead.

Even after the end of slavery and the advent of Reconstruction, within a decade, the federal government had abandoned its Congressional decisions to enforce civil rights laws providing African Americans with the right to due process and the franchise. The extrajudicial killings of African Americans by mobs and law-enforcement claimed thousands of lives between the 1880s and the Great Depression. Even in the third decade of the 21st century, African Americans are disproportionately represented in the prison industrial complex while they are subjected to severe injury and death at the hands of vigilantes and the police.

The Biden administration along with the Democratic majority in the House of Representatives and the Senate cannot pass legislation which benefits the African American people and other oppressed groups. For example, the George Floyd Justice in Policing Act has failed in the legislature although millions demonstrated across the U.S. in the aftermath of his murder by the Minneapolis police two years ago.

A news website entitled Black Wall Street raised serious questions about the administration of Biden in regard to its commitment to end institutional racism and brutality. Although Biden denounced the use of racism and ethnic bigotry, there were no specific plans enunciated which could achieve these goals.

The Black Wall Street report emphasized: “Biden’s words sound great, but where is any policy to back up those sweeping words? The inaction of his administration to do nothing more than announce the ban on ghost guns leaves ample room for these killings to occur with regularity to citizens of all ethnicities and backgrounds. With racism fueling his shooting spree, an 18-year-old White man live-streamed his slaughter of innocent generations of Black people just looking to feed themselves and their families.  As the President blames Congress for gun legislation delay, domestic terrorism continues on. Biden has done little to address the festering and outright racism that’s only grown more sinister since he took office. Whether or not Congress votes to ban ghost guns, implement universal background checks, or restrict assault rifles, Biden’s words will come and go until actions are taken to save the lives of innocent Americans.

While Black voters wain on Biden like America at large, another reckless racist mass shooting exposes the leadership gap in America that has been void seemingly forever.”

Such articles emanating from African American author Ezekiel J. Walker of Charlotte, North Carolina, provides a strong indication of the dissatisfaction with the Biden administration in relation to the concerns of this core constituency of the Democratic Party electorate. Amid midterm primaries and run off elections during 2022, it remains to be seen how the current racial situation and the worsening economic crisis will influence the overall participation and voting patterns.

Undoubtedly, the victory over racism will require an independent struggle waged by African Americans and their allies. There must be a total overhaul of the existing system to eradicate national oppression and economic exploitation in order to realize a genuinely just and equal society.