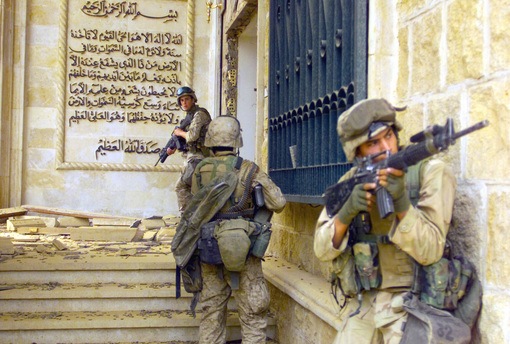 Massacres At Home And Abroad

On August 5, former President Obama released a powerful statement in response to the latest gun massacres in Gilroy, El Paso, and Dayton that left scores dead and wounded—including children who were shopping for school supplies at Walmart with their mothers, and with their families at the wonderful Gilroy Garlic Festival. He decried the madness of violence that has been fueled by Trump’s vile pronouncements and policies that help spread anti-immigrant and racist poison across the nation.

Obama asserted that “We should soundly reject language coming out of the mouths of any of our leaders that feeds a climate of fear and hatred or normalizes racist sentiments; leaders who demonize those who don’t look like us, or suggest that other people, including immigrants, threaten our way of life, or refer to other people as sub-human, or imply that America belongs to just one certain type of people….” He concluded, “It’s time for the overwhelming majority of Americans of goodwill, of every race and faith and political party, to say as much—clearly and unequivocally.” His statement, clearly aimed at the vile Trump whose name was not mentioned, linked racism and white nationalism as key contributing factors creating the climate and context for recent gun massacres.

Obama’s statement brought a flood of support from his liberal and celebrity admirers who are nostalgic for the “good old days” under his presidency; people who are outraged at the Gilroy, El Paso, and Dayton murderers—as they should be—but were virtually silent when their hero killed untold thousands across the Greater Middle East.

There are other factors contributing to gun massacres that Obama and the corporate media erase from consideration; foremost among these is the violence that is fostered by America’s commitment to a permanent warfare state that he deepened during his years in the White House. This included his role in continuing and expanding the so-called “War on Terror” that is now in its eighteenth year, nearly five times longer than the Second World War. When will we connect the dots between massacres at home and those abroad that are ordered by the President of the United States—in flagrant violation of the Constitution and international law—and carried out by the U.S. military?

Obama’s statement on the Gilroy-El Paso-Dayton killings revisits his emotional response following the December 2012 gun massacre at Sandy Hook Elementary School in Connecticut—where 20 children between 6-7 years of age and 6 staff members were slaughtered. At that time, he “grew emotional … as he made a passionate call for a national ‘sense of urgency’ to limit gun violence. Obama circled back to that shooting in the final moments of his speech. ‘Every time I think about those kids, it gets me mad,’ Obama said, pausing to wipe away tears” (CNN, Jan. 5, 2013).

Obama, then the greatest arms dealer in the world, expressed no similar anguish and sense of urgency on international gun control. As Democracy Now later reported, most of the “weapons exports under [his administration] have gone to the Middle East and Persian Gulf. Saudi Arabia tops the list at $46 billion in new agreements.” The brutal Saudi monarchy that has been bombing and producing a famine for millions in Yemen, obtained billions in advanced weapons from Obama, who was teary-eyed about the massacre of children here at home yet shed no tears over the death and destruction he facilitated in the Middle East. The slaughter continues under Trump.

Political analyst William Hartung pointed out that “even after adjusting for inflation, the volume of major deals concluded by the Obama administration in its first five years exceeds the amount approved by the Bush administration in its full eight years in office by nearly $30 billion.” Our Nobel Peace Laureate thus “approved more arms sales than any U.S. administration since World War II” (Democracy Now, April 2015).

I would be moved by Obama’s words about gun massacres and hatred were it not for the fact that during his presidency he presided over wars and violence in Afghanistan, Iraq, Libya, Honduras, Yemen, Syria, Somalia, Pakistan, and Palestine that have left millions of people—virtually all of color and many of them black—dead, maimed, and displaced. He inherited some of these wars from G.W. Bush and began U.S. involvement in Libya, Syria, and Yemen.

Aren’t these victims as worthy of our sympathy as those who lost their lives in Gilroy, El Paso, and Dayton? When will we extend our anguish and outrage about massacres at home to embrace the lives and deaths of others outside our borders?