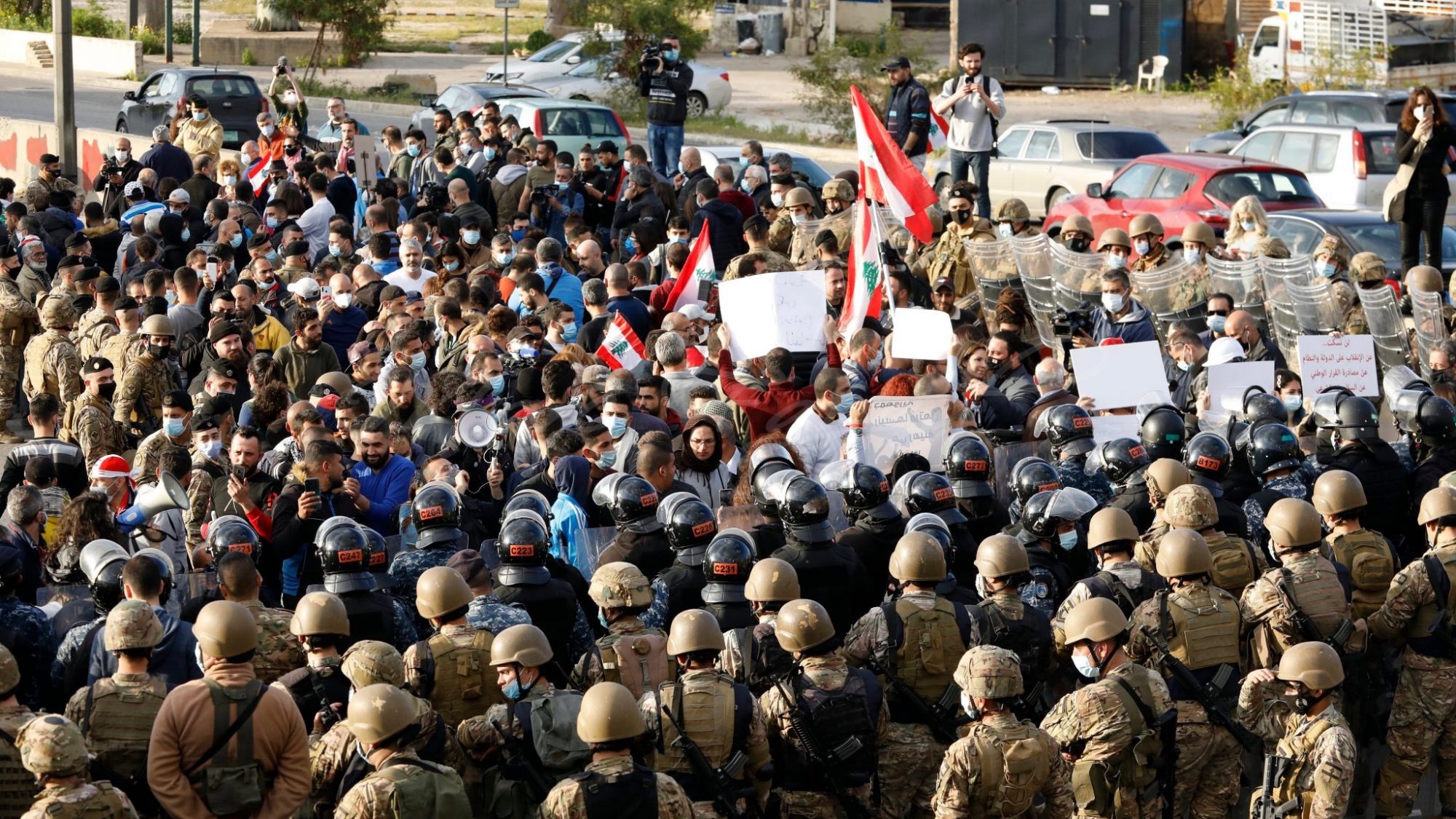 Above photo: Protests in Beirut on Sunday March 28. Marcmfayad/ Twitter.

The demonstrations on Sunday were the latest in the protests being held across the economically struggling country where political instability has further aggravated conditions.

Scores of ordinary Lebanese citizens participated in a massive protest demonstration in the Lebanese capital, Beirut on Sunday, March 28, 2021 to express their disapproval and anger over the worsening socio-economic situation in the country. The situation has resulted in severe uncertainty about the future and extreme hardships in the lives of the common Lebanese people, a report by the Middle East Monitor stated yesterday. The demonstrations organized by the Lebanese Communist party also railed against the administrative vacuum existing in the country because of the dominant political parties not being able to reach an agreement on government formation. The interim government has been more or less powerless to make any significant governmental decisions towards improving the citizens’ lives and to rescue the failing economy.

During the protests, hundreds of Lebanese citizens staged a vigil in front of the Lebanese Central Bank, before proceeding to march towards the presidential palace, while being escorted by army vehicles amid tight security. Many of the participants carried banners and posters demanding improvement in the country’s housing, education and healthcare services, shouting slogans such as “this country belongs to the working class” and “End capitalism”.

The secretary general of the Lebanese Communist party (LCP), Hanna Gharib spoke to the protesters, telling them that, “we went to the streets to hold accountable those responsible for the economic collapse. Whoever failed to manage the country must go.” He also advocated for the “building a secular and democratic state, and building a national coalition alternative to the current political system.”

On the official LCP website, a statement going into greater detail about the protests was also published, which emphasized the need for a revival of the October 17, 2019 uprising that began spontaneously and subsequently spread all over the country. The uprising saw millions of Lebanese people demanding radical systemic change and an end to the endemic corruption and mismanagement by the political and business elites of the country, which has caused long lasting damage to the Lebanese economy.

The statement deplored and expressed concern about the virtually complete collapse that has occurred over the last several years in the socio-economic conditions in the country, particularly referring to the widespread, growing, alarming issues of hunger, disease, unemployment and poverty, among others. It also paid tribute to those who lost their lives and injured in the Beirut port chemical explosion which ended up killing roughly 200 people and injuring close to 30000. Pledging to continue the demonstrations demanding change and accountability, the statement announced the launch and expansion of the countrywide protest movement which originally began two years ago, with May 1, International Labor day being designated as a “national day for true salvation of Lebanon”, and advocating for a viable political alternative that can take on the ruling establishment of the country and achieve the ideals that the movement is striving for, such as social and economic justice, secularism, democracy.