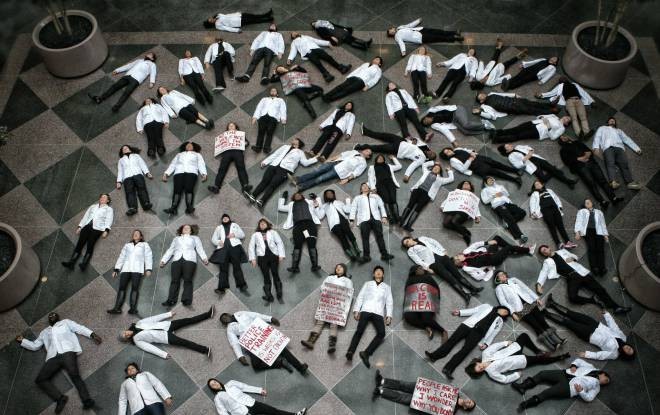 We as medical students feel that this is an important time for medical institutions to respond to the violence and race-related trauma, which affect our communities and the patients we serve.

We feel it is essential to begin a conversation about our role in addressing the explicit and implicit discrimination and racism in our communities and reflect on the systemic biases embedded in our medical education curricula, clinical learning environments, and administrative decision-making. We believe these discussions are needed at academic medical centers nationwide.

Racial bias and violence are not exclusively a problem of the criminal justice system. As we have seen in Ferguson, Mo., New York, and countless other places, bias kills, sickens, and provides inadequate care. As medical students, we must take a stand against the oppression of our black and brown patients, colleagues, friends, and family. By standing together at medical schools nationwide, we hope to demonstrate that the medical student community views racial violence as a public health crisis. We are #whitecoats4blacklives.

Medical schools across the country, including but not limited to: