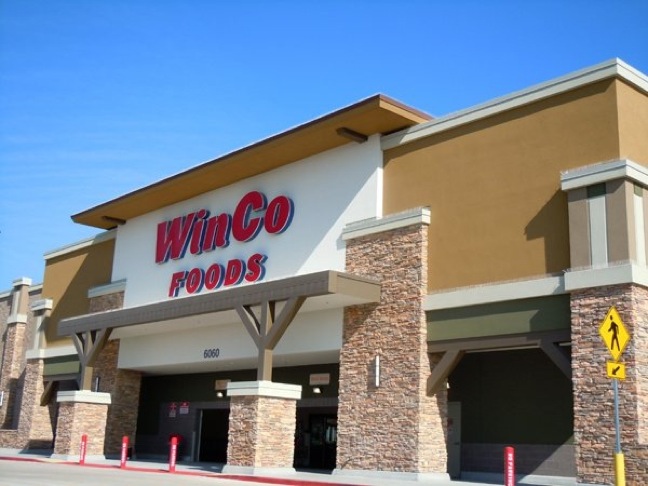 Prices as good or better than Wal-Mart? Healthcare coverage with dental and vision as low as $40 a month for employees? It’s not some stereotypical crunchy granola liberal health food co-op store in Brooklyn or San Francisco, it’s a company that has expanded across the Western United States (including Arizona and two new stores just opened in Texas) and it could be going nationwide before long.

WinCo Foods, Boise, Idaho, is scheduled to open its first two Texas stores on Thursday, with at least three more Texas locations due over the next 13 months, the company said. The first two stores will be in Fort Worth and McKinney, Texas, on opposite sides of the Dallas-Fort Worth metroplex, with each covering approximately 95,000 square feet, said Mike Read, the company’s spokesman. Three additional stores are likely to open in Texas during the company’s fiscal year, which begins April 1, Read said — in Duncanville, North Richland Hills and Lewisville. (Source)

Yes, you heard that right. Red states Texas and Arizona now have an employee owned and operated *gasp* “socialist” company which can provide groceries at the same or cheaper prices than Wal-Mart. This isn’t some flash in the pan, fly by night corporation either. WinCo was originally established in 1967 and became employee owned in 1985. They’re privately owned by the employees, and they brag about it on their website:

For over 40 years WinCo Foods has fostered a tradition of success by focusing on very large stores with a wide selection of national brands at prices below our competition. In addition, the very nature of having employee stockholders that have seen their Employee Stock Ownership Plan (Pension Plan) grow at a 21.51% annual compound growth rate creates an extremely dedicated workforce. This has made WinCo a very successful company, one which in 1998 was listed as #266th on Forbes Magazine’s List of 500 largest Privately Held Companies and recently in 2011 holding to the 66th spot on the list. WinCo is continuing this record of success, now operating 93 Employee Owned Stores in seven states (Washington, Idaho, California, Nevada, Oregon, Utah, Arizona and Texas) with nearly 15,000 employees and continues to grow by opening new stores and adding new members to the company every year. (Source)

How good are these pension plans? This good:

The company also has a pension, with employees getting an amount equal to 20% of their annual salary put in a plan that’s paid for by WinCo; a company spokesperson told the Idaho Statesman that more than 400 nonexecutive workers (cashiers, produce clerks and such) currently have pensions worth over $1 million apiece.

Ok, 93 locations in 7 states isn’t even close to being in the same league as Wal-Mart currently finds itself sitting in all alone, but it shows that you CAN take care of your employees AND still be a profitable company. Because they’re not a publicly traded entity, they don’t have stockholders demanding ever larger returns on dividends every quarter at the the expense of both the consumer and the employees. The employees are the stockholders and the better the company does, the better they do. Crazy concept isn’t it? Oh yeah, and they’re also eco-friendly – and they’re expanding.

I’ve hated Wal-Mart ever since they put many of the stores out of business in the town that I grew up in nearly two decades ago, and I don’t find Target that much more palatable either. If WinCo can thrive and expand in Texas, I fully expect that they will be able to do so across the rest of the United States and finally give Wal-Mart the competition they so desperately need. It’s about time.