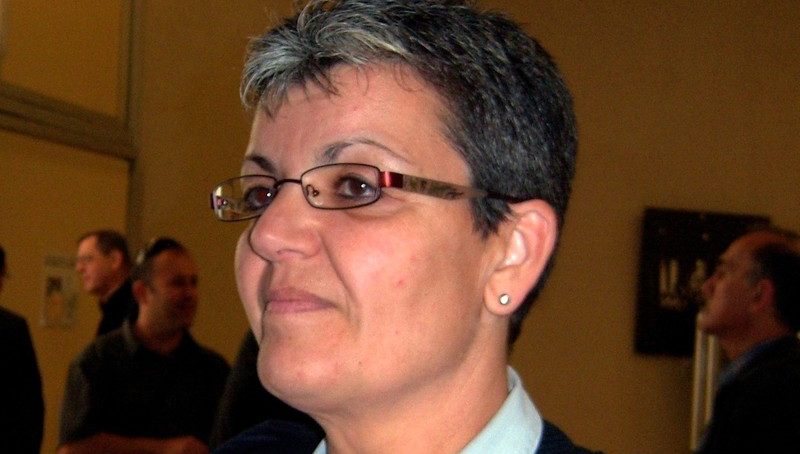 Meet The Spies Injecting Israeli Propaganda Into The News

When Sima Vaknin-Gil took over as director-general of Israel’s Ministry of Strategic Affairs at the start of 2016, a crucial fact went largely unnoticed.

For years, she had been a high-ranking officer with an Israeli spy agency.

This means that for the last two years a former intelligence officer has been running Israel’s global war against BDS, the boycott, divestment and sanctions movement.

It should be a big wake up call to all defenders of free speech and human rights when a peaceful civil society campaign is targeted by spy agencies responsible for hacking, torture, kidnapping and murder in Palestine and around the world.

While hardly a secret, Vaknin-Gil’s background was barely remarked upon in the media coverage following her appointment, which focused on her previous role as Israel’s chief censor.

An extensive search turned up just one article – a December 2015 interview with arms industry magazine Israel Defense – discussing her career in intelligence.

That interview was on the eve of her appointment as the top civil servant in what is effectively Israel’s anti-BDS ministry. It revealed she had spent more than 20 years as a spy in Israeli air force intelligence, rising to the rank of brigadier general – a position she still holds as a reservist.

During that time, the magazine stated, she worked “closely with US officials and the highest ranking officers of Israeli intelligence.”

In 2005, she started her decade-long run as chief military censor, a role that required regular coordination with Israel’s top spies and military leaders, including the head of military intelligence, the chief of Mossad and the chief of the army’s general staff.

“I want to create a community of fighters,” Vaknin-Gil said soon after her appointment to the strategic affairs ministry.

She said she planned to “flood the internet” with Israeli propaganda that would be publicly distanced from the government.

More recently, at a Jerusalem Post conference, she announced in passing that she came “from the intelligence in the IDF,” the Israeli military.

Streamed live on YouTube, the December 2017 panel was a debate on how best to combat BDS.

Vaknin-Gil conceded that BDS activists’ human rights arguments are so compelling at the grassroots in Europe and the US that “over there, unless we will do something, we will lose.”

Palestine solidarity activists “are fighting for the hearts and minds of grassroots,” she said, and asserted, “we just woke up [to BDS] and we have to do it very fast.”

BDS movement co-founder Omar Barghouti told The Electronic Intifada that Israel had failed to win “the battle for hearts and minds at the grassroots level.”

According to Barghouti, Israel is “desperately trying to suppress the enormous growth of the BDS movement for Palestinian rights into the mainstream by passing draconian measures of repression and exporting them through its lobby groups to Western governments.”

The diary lists a 17 January meeting with the head of the Shin Bet – Israel’s domestic secret police. The agency has a long history of harassing, kidnapping, torturing and murdering Palestinian activists.

The diary also shows that on 16 February 2016, Erdan had lunch with the head of Mossad, Israel’s overseas agency for spying and assassination.

And on 20 March, Erdan apparently met with the “head of 8200” – a reference to Unit 8200, the Israeli spies responsible for leading cyberwarfare efforts.

According to veterans of Unit 8200, its activities include eavesdropping on the communications of Palestinian civilians living under Israeli occupation for political persecution or to find embarrassing personal or sexual information that could be used to blackmail them into collaborating.

In 2014, The Electronic Intifada uncovered a plot by tech site Israel21c to plant its puff pieces online and in media using deceptive methods.

Under Vaknin-Gil – an expert in censoring the press – the ministry is instead trying to buy off editors.

Published in both Hebrew and English by Yediot Ahronot and its website Ynet, the articles did not explicitly disclose that they were paid content.

One English article vaguely stated it was the result of the ministry and the publisher “joining forces,” while two such Hebrew articles stated they were “in collaboration” with the ministry.

The Seventh Eye explained that this propaganda was “meant to influence readers to support a campaign Israel is waging against its critics.”

As well as Yediot, the ministry also bought faux journalism aiming to enlist support from a global audience, including from the Times of Israel and The Jerusalem Post.

The 2016 Erdan diary aligns with this, listing an 18 July “meeting with the editor of The Jerusalem Postnewspaper, Yaakov Katz.” The entry does not record the subject of the meeting.

The paid articles were part of a wider strategic affairs ministry campaign, which included a $740,000 budget “to promote content on social media and search engines, including Google, Twitter, Facebook and Instagram,” The Seventh Eye reported.

Another $570,000 was spent on building Act.il, an anti-BDS app, and producing videos supporters were encouraged to spread online.

One of the “missions” assigned to Israel’s propaganda foot soldiers using the Act.il app last November, according to The Jewish Daily Forward, “was to comment on a specific post on the Facebook page of the pro-Palestinian website Electronic Intifada.”

Israel’s PR operatives wanted to counter the impact of The Electronic Intifada’s reporting on the Dutch government’s support for a promotion by settlement-profiteering Israeli supermarket chain Shufersal.

The Act.il app was funded largely by casino billionaire Sheldon Adelson – a major donor to anti-Palestiniancauses and to Donald Trump’s presidential campaign.

The strategic affairs ministry was forced to disclose the funding information to The Seventh Eye under Israeli freedom of information laws.

But the revelation could be one of the last such disclosures if the ministry gets its way.

Israel’s parliament in July gave preliminary approval to a bill exempting the strategic affairs ministry from the freedom of information law.

Erdan argued for the bill, which his ministry drafted, claiming that BDS was a “battlefront like any other” and there was a need to keep “our methods of action secret.”

A 7 November entry in the 2016 Erdan diary suggests that former spy Vaknin-Gil was directly involved in drafting Israeli laws against BDS.

With the subject “BDS law,” the entry reads, “A meeting with Liat and Sima on legislation amendments to the Boycott Law.” (Erdan’s staff at the ministry are referred to throughout the diary by their first names.)

If the law is passed, it will put Erdan’s ministry in the same category as Mossad and Shin Bet, which are also exempt from freedom of information.

With Erdan’s ministry increasingly being run like a globally focused spy agency rather than a conventional government department, perhaps this should come as little surprise.

Haaretz has described the ministry as “a place whose internal terminology comes from the world of espionage and security; its leading figures appear to see themselves as the heads of a public affairs commando unit engaged in multiple fronts.”

As well as being led by one, the ministry is largely staffed by former spies.

As The Electronic Intifada revealed last year, the director of the ministry’s “intelligence” section is Shai Har-Zvi, a lieutenant-colonel in the Israeli army and likely another former spook.

Without giving names, veteran Israeli intelligence journalist Yossi Melman had previously reported that the position was once held by “a former investigator in the security system.”

Melman – who confirmed The Electronic Intifada’s exposure of Har-Zvi’s name – wrote that his section’s role “is to collect information and data on BDS and its activists from both open and covert sources.”

What are these “covert sources” that Erdan’s network of spies are drawing on? Do they involve illegal activities? And are they breaking the laws of other countries they operate in?

“We want most of the ministry’s work to be classified,” Vaknin-Gil told Israel’s parliament in September 2016, when she acknowledged that “a major part of what we do stays under the radar.”

Erdan has also admitted his ministry’s use of international front groups – historically a tool of Israeli spy agencies. “Most of the ministry’s actions are not of the ministry, but through bodies around the world who do not want to expose their connection with the state,” he said last year.

A rival government ministry in 2016 accused Erdan and his fiefdom of “operating British Jewish organizations behind the [Israeli] embassy’s back in a way that could put them in violation of British law.”

And Melman revealed in 2016 that the ministry is involved in “black ops” against the movement for justice in Palestine.

It was also reported by Haaretz that the ministry was establishing a “tarnishing unit” to spread lies about BDS activists.

In an article for the Hebrew newspaper Maariv, Melman pointed to attacks on the websites of Palestine’s BDS National Committee and other human rights groups, suggesting the attacks could be linked to Erdan’s ministry.

He also noted death threats targeting Nada Kiswanson, a lawyer with the human rights group Al-Haq, who had been working in The Hague to collect evidence of Israeli war crimes for the International Criminal Court.

The threats are being investigated by Dutch authorities. Melman implied these too could be tied to the ministry.

As well as harassment and sabotage, Palestinian groups have been attacked with smear campaigns aimed at undermining their political and financial support.

Al-Haq and Al Mezan, another Palestinian human rights group that has helped gather evidence of war crimes, have over the past two years faced a sustained campaign of defamation.

These have come both publicly by Israeli officials, and in whispering campaigns, fake statements put out in their names and death threats and other harassment against their staff.

In July, members of an interfaith delegation to Palestine were barred from flights by Lufthansa staff acting on Israeli orders.

Jewish Voice for Peace’s Rabbi Alissa Wise told The Electronic Intifada that airline staff read out names of activists who were never publicly announced to go on the delegation and did not have tickets. She said this proved Lufthansa had been given a list of persons obtained by Israeli surveillance of activists’ communications.

While Israel’s covert campaign aims to suppress negative information about its violations of Palestinian rights, the campaign itself only further tarnishes its battered image.

With its repressive measures against Palestine solidarity, BDS cofounder Omar Barghouti said, Israel is “dropping the mask of democracy and liberalism and revealing its true face as a regime of occupation and apartheid.”

“Israel is allocating hundreds of millions of dollars, dedicating an entire government ministry, using its intelligence services and flexing its political muscle around the world to fight the movement,” Barghouti added. “But this is a steep uphill battle that Israel cannot but lose.”

With translation and research by Dena Shunra.

Asa Winstanley is an investigative journalist and associate editor with The Electronic Intifada. He lives in London. Biography here.