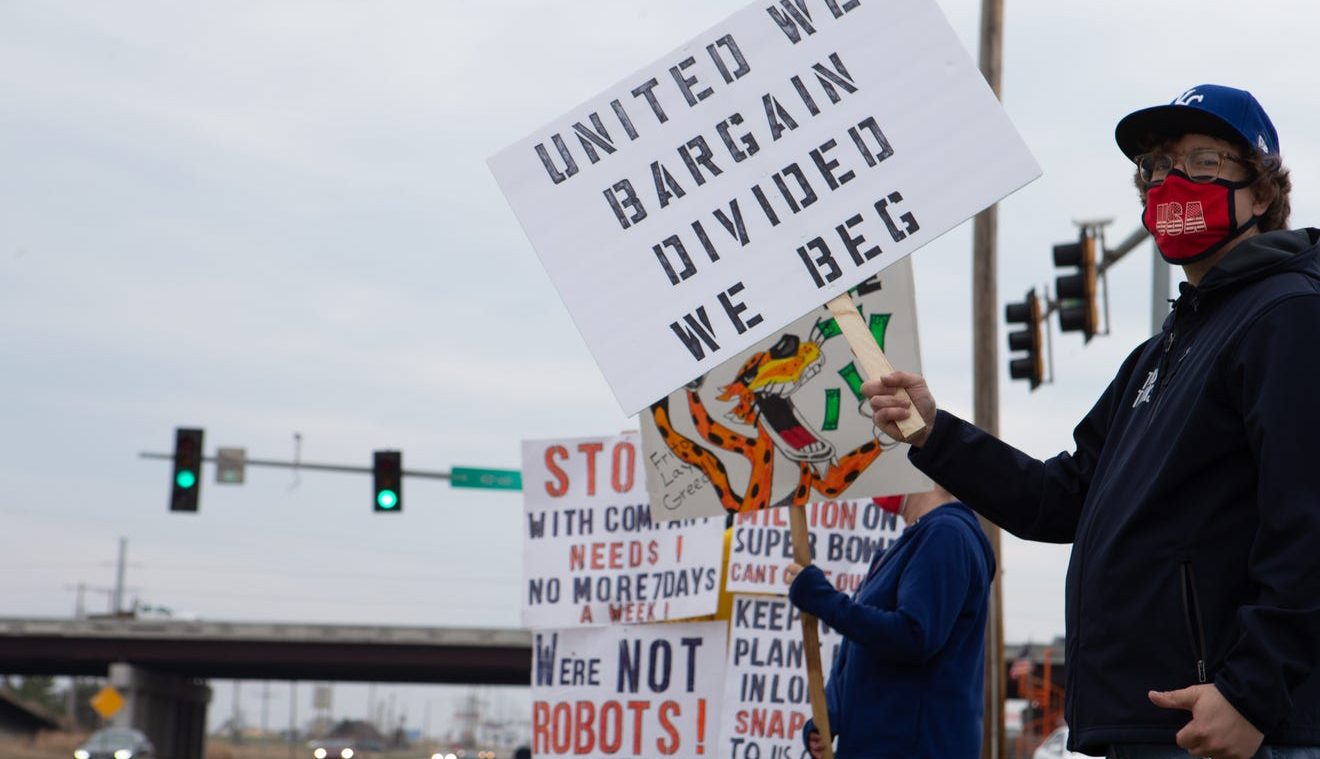 Here’s what we know.

Members of the local union representing Frito-Lay workers have voted to strike.

According to Mark Benaka, business manager for Local 218, a total of 383 union members turned out for a series of membership meetings held Saturday in Topeka. He indicated a strike vote was taken during those meetings, with members overwhelmingly voting in favor of the boycott.

He said the strike is expected to take effect just after midnight on Monday, July 5. However, he noted Frito-Lay representatives indicated Sunday they wished to meet again with the union’s contract negotiating committee before that date.

“That meeting is in the planning process as we speak,” he said.

According to John Nave, executive vice president of Kansas AFL-CIO, the state’s labor federation, a strike is the last thing workers want when negotiating union contracts.

“It’s kind of like the last line of defense,” Nave said. “And that’s a hard decision because it affects many, many people. Union members don’t want to do that. … But when the company fails to do a fair negotiation at the bargaining table — and history has shown (Frito-Lay has) repeatedly failed to do that — then there’s no other alternative.”

Though Nave hopes Frito-Lay resolves its issues with Local 218 before union members go on strike, he expects donations and support from the Topeka community and other labor unions to help sustain a local strike if it comes to fruition.

“A strike is never an easy thing,” Nave said. “One thing is for sure — it takes a lot of effort, and a lot of things have to come together during this transition to a strike.”

He indicated securing donations from the community is a big one, as union members may be without a source of income for as long as a strike lasts.

There are usually a few central points of contact through which community members may donate to the cause, he said, and that information should be forthcoming.

Community members may also leverage support in the form of food donations or by joining union members for protests outside the workplace, should such pickets occur.

“We hope everyone will pull together and support those Frito-Lay workers,” Nave said. “They’re going to need it.”

Strike May Be First One In Almost 50 Years

According to Benaka, union workers at Frito-Lay haven’t initiated a strike since they first became an organized group in 1973.

Local union members, though, have inched toward a strike in recent months, as subsequent rounds of contract negotiations between the company and the union’s negotiating committee led to little progress on issues of members’ wages and working conditions.

Nave said strikes have the potential to damage a business’ bottom line and tarnish a company’s reputation in a community.

“If it is executed well,” he said, “the company then realizes that their most important asset is their people, is their employees — because those are the employees who know how to run the machinery, keep the plant functioning. (A strike) causes delays in shipping, goods being made. So the outcome of this is they’re going to feel the economic impact for themselves.”

But a strike may also push a company like Frito-Lay back toward the negotiating table to act in good faith and ultimately resolve outstanding issues.

“It’s the first time in many, many decades that the members of Frito-Lay, the union members, have had to do this,” Nave said. “It’s been eight to 10 years since they’ve had a wage increase — so something’s wrong here. … Workers are tired of it.”

According to previous reporting by The Topeka Capital-Journal, Local 218 sought a 2% annual pay raise for its members. The union also wanted Frito-Lay to address its staffing shortage, which, according to workers, has led to forced overtime and dismal working conditions.

Frito-Lay has said previously that it complies with all applicable laws and regulations. The company also said last month that it remained committed to reaching a mutual agreement with the union.