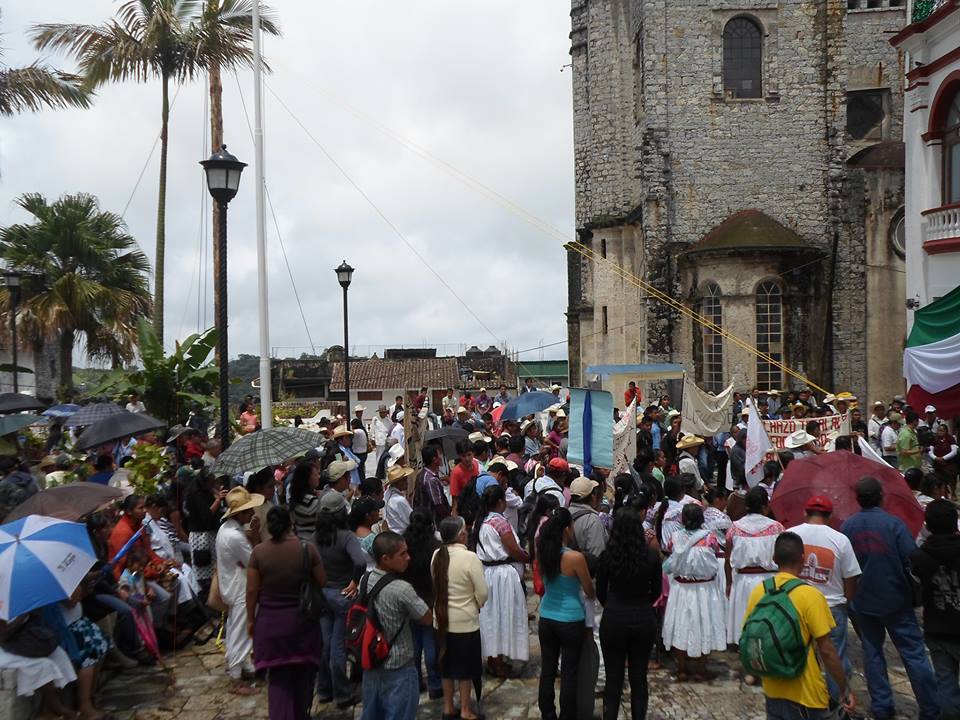 Message From Mexico To Occupy Wall Street: Stop The TPP!

To our sisters and brothers of Occupy Wall Street in NY,

On behalf of all the families and individuals who are members of the Independent Workers and Peasants Urban and Popular Movement (MIOCUP CNPA MN) from the North East Mountains of Puebla State in Mexico, we want to say our Occupy Wall Street comrades in NY how deeply grateful we are with your support and fight to stop the disastrous Trans-Pacific Trade (TPP) that is just satisfying the interests of a small group of multi-millionaires who think of themselves as the chosen ones. They think they have been blessed by Heaven to decide on behalf of millions of millions of people who inhabit this planet, condemning the majority of the human race to poverty and death.

We aggressively, soundly and totally reject the international ratification of the TPP and its effectiveness in Mexico because it is the most anti-democratic international tool of dispossession and exploitation to the nations that has been designed in the history of humanity, allowing multinational corporations’ rights to supersede the constitutional provisions of all the countries and the peoples’ rights.

In the case of Mexico, it consolidates the numerous inequalities that were already regulated by NAFTA.

We know that if the TPP is passed in Mexico, the unacceptable model of “investment protection” (forcing the governments to pay millions of dollars to multinational corporations in case their contracts get cancelled as a result of the people’s opposition) will go ahead.

The TPP would make it even more difficult to regulate protections to the environment and the local economies. It is a threat to the workers’ rights across the world, it means the hoarding of lands by big corporations for mono-cultivation that destroys even more the local rural production of food and goods, making all the countries more dependent of the corporate power, causing starvation and death.

Ironically enough, the Mexican lands are one of the origins of endless varieties of fruits, vegetables and cereals. The TPP would deteriorate even more the Indigenous people’s rights.The TPP would conclude the dismantlement of public services. It would also make medication even more expensive by handing out to the drug companies the right to prevent the production of generic brands.

At last, the TPP would allow even more the spying and censorship in the Internet.

Among other reasons, that is why we demand the immediate and total cancellation of the illegal TPPnegotiations that are only for the benefit of corporate power in detriment of human life.

Capitalism, this irrational way of trying to get more money within the shortest time possible over life itself, is condemning us to a much greater global tragedy we suffer now. It already allows, among many other injustices, the death for starvation of more than 10,000 children every day now.

Sisters and brothers in Occupy Wall Street NY, we need to keep fighting beyond borders and growing our collective strength in our communities, our lands and our regions. We cannot stay silent allowing this global injustice. The Money Lords must not continue condemning to death to hundreds of millions of people.

We do not own the land, we belong to the land!

Combative Embraces in Solidarity from All of Us and Congratulations in your 2nd Anniversary,

PS. The picture was taken this September 12th during our Day of Action for Life, Land, Energy Natural Sources and Workers’ Rights, against the TPP.