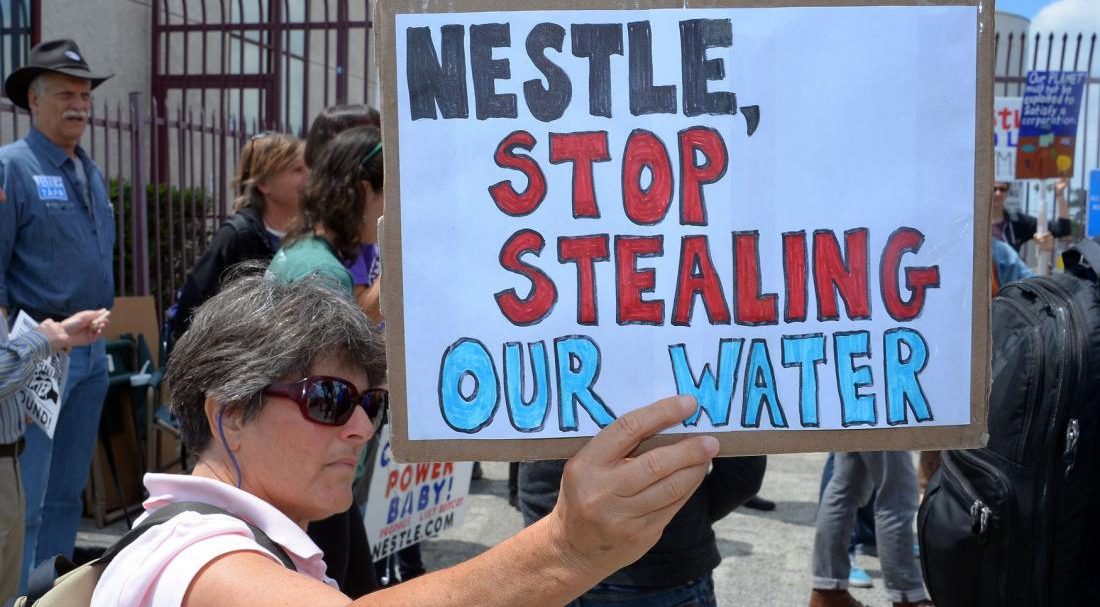 Today the citizens of Osceola township in Evart, Michigan finally received their just reward for several years of legal battle to enforce their own zoning ordinance in the face of Nestle’s bullying tactics and corporate clout.

The Michigan Court of Appeals, in a thirteen page document, reversed the erroneous decision of the Circuit Court which had overturned the township’s zoning ruling against Nestle’s booster station needed to increase extraction at the White Pine Springs well. The permit to increase that production was not a factor in this case. That is still awaiting a ruling in the Contested Case filed by Michigan Citizens for Water Conservation.

The Circuit Court had ordered the township to issue a permit for a booster station in spite of its violation of local zoning ordinance. That order was reversed in this ruling. The Justices carefully dissecting each of Nestle’s arguments and found almost all of them wanting.
Nestle had argued that their commercial bottled water operation is an “essential public service.” The Appeals Court said it is not.

Bottled water may be a public demand in some places, but it is not essential except in areas with no other source of water.

This is a very significant ruling, consistent with what MCWC’s citizen scientists have argued for years. Nestle claimed the PW 101 well constituted a “public water supply.” The Court disagreed and cited all the reasons why this claim was basically laughable (our term). The Court simply showed “there is no legal or factual basis for considering plaintiff’s commercial water bottling operation to be a ‘public water supply’ under Michigan Safe Drinking Water Act.”

There are other arguments in the ruling of significance, but one that stands out for us regards Nestle’s claim that public opposition to its operation improperly influenced members of the Zoning Board and the Planning Commission. The court ruled that such bodies cannot violate the law in making rulings consistent with the wishes of its constituents, but in this case they were in fact following the law. The Court added the fact that people have the right to locally elect their government officials and “It is a necessary inference that local officials should be sensitive to local concerns….it would be improper for them to fail to take popular opinion into account.” Our sentiments exactly.

Michigan Citizens for Water Conservation congratulates Township Attorney Bill Fahey who successfully analyzed, wrote, and argued this case. We thank Olson, Byzdok, and Howard for their supportive legal input. We are grateful to all those who responded to our appeals for financial help that allowed the Township to pursue the appeal, in particular the organization SumOfUs which continued its support to the end.

As Maryann Borden, long time MCWC member and resident of Osceola Township says, “We are overwhelmed by this great news after so many years of battling for the attention of State Government to the injustices in our town. Finally the Court has taken us seriously and the law has prevailed.”