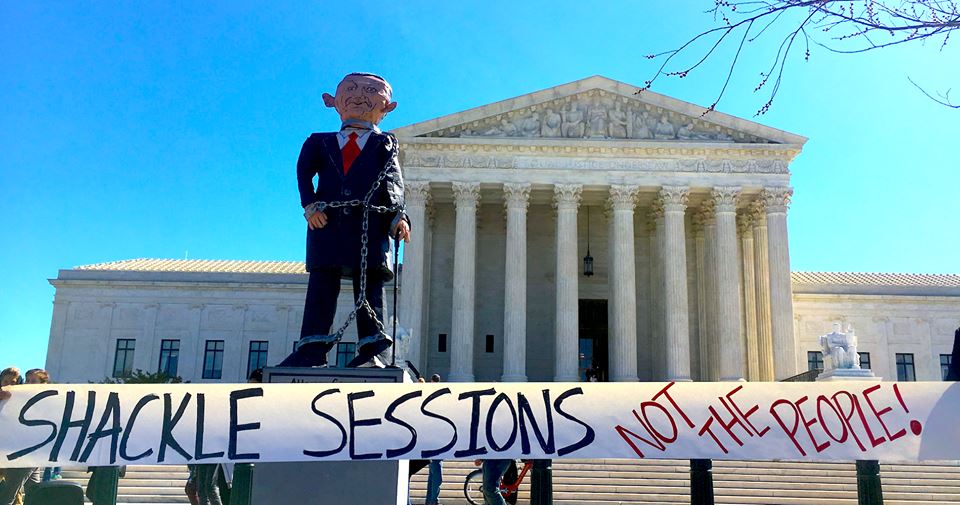 On the 26th of March, Mijente and No Justice No Pride showed up in front of the Supreme Court with a Confederate statue style effigy of Jeff Sessions. As people lined up outside the court watched, they put leg irons, chains, and handcuffs on the effigy. Inside, Attorney General Jeff Sessions was arguing the Supreme Court should overturn a 9th Circuit case that found shackling Federal defendants to be unconstitutional.

If racist, white supremacist Jeff Sessions’s arguments prevail, once again all immigration defendants and other Federal defendants will have to appear in court in leg irons, handcuffs, and belly chains that can interfere with breathing. In addition to the severe physical discomfort associated with shackles, judges and juries tend to assume anyone in shackles must be guilty. To Jeff Sessions this may even be the reason he want to bring back shackles-or maybe he just likes to see people of color in chains. Thus, the theme of the March 26th protest was “shackle Sessions not the People.”