Millions March For Legal And Fair Access To Marijuana

On Saturday May 4 and Sunday May 5, cannabis advocates around the world participated in the Global Marijuana March as the event enters its 21st year.

Also known as the Million Marijuana March, the first march was ignited in New York City in 1999 and has evolved into an annual rally usually held the first Saturday in May in different cities all over the globe.

Toronto currently sees the largest turnout of marijuana marchers in North America. The event is complete with vendors, concerts and a number of high profile speakers. Attendees come decked out in cannabis-inspired costumes with colorful protest signs in hand.

The initial purpose of the Marijuana March was to serve as a protest against the continued criminalization of marijuana and for people to be able to use cannabis without fear of imprisonment or other unfair legal sanctions.

Here are just some of the many events that are taking place:

May 4 – Parade Assembly: 11:00 a.m. | West 32nd & Broadway, NYC
Parade Start Time: 12:30 p.m. | Parade will march to Union Square (Route South on Broadway)
Rally: 1:00 p.m. – 5:00 p.m. | Union Square South Plaza
“The NYC Cannabis Parade is one of the longest running public expressions of cannabis culture and political activism. The rally is an inclusive and peaceful celebration of the “cannabis culture” that spans national, cultural and racial divisions. It is also a political event demanding an end to prohibition, which has been proven to be a disaster.” May 5 – 2:00 p.m.
“Starts at Surfside Park and North Boardwalk, in Rehoboth Beach. Ends with a Rally and Call to Action at the Bandstand. Speeches by local reform advocates and leaders, Give-a-ways, Raffles, and more.”

May 4 – 12 p.m. Pioneer Courthouse Square
“We gather to remind the public that there are still prisoners of the drug war who need to be freed. We gather in remembrance of the warriors we have lost along the way. And we gather to celebrate our hard-fought victories to show prohibitionists that we will continue this fight until our freedom is complete. 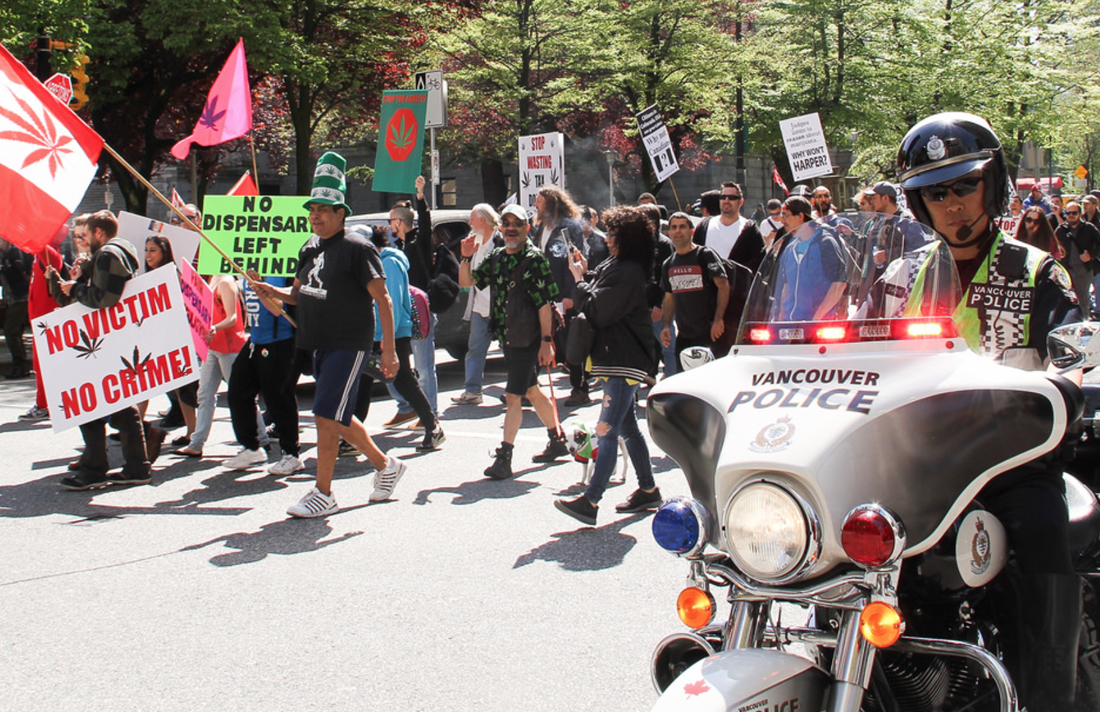 May 4 – 12 p.m. Vancouver Art Gallery, 750 Hornby Street
“Come early with your signs, costumes and all your buds as we take over the streets to free the weed.”