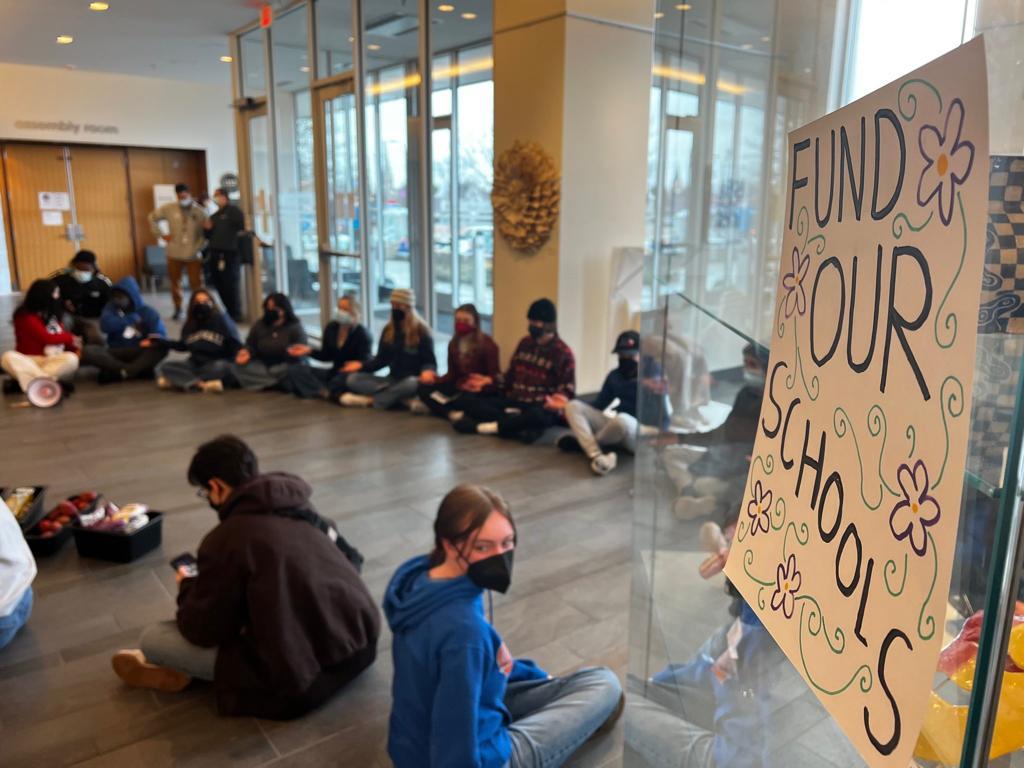 Minneapolis students have just announced an occupation of the Davis Center, where contract negotiations are ongoing, in solidarity with striking teachers.

The students hope to increase media attention toward the teachers’ struggle.

Temperatures are below freezing in Minneapolis with rain and snow falling as teachers enter their third week on strike. Negotiations are occurring at the Davis Center, where Minneapolis Public School District has refused to provide a living wage to Educational Support Staff or accept other demands. Outside, hundreds of teachers are dancing, chanting and picketing. “We have decided to organize an occupation of the Davis Center. We are going to have students here 24-7. We are going to be here all the time. And this is to increase awareness of the strike,” said one of the students.

Inside, dozens of students announced that they are occupying the building.

“As much media as we are getting, we haven’t been making big enough waves, or not enough waves to change MPS’ [Minneapolis Public Schools] mind.” The students hope an occupation will bring the attention that teachers need — there has been stunning silence about this massive strike from many progressive groups and the mainstream press. Minneapolis educators are on strike for smaller class sizes, more mental health staff, higher retention and recruitment of BIPOC educators, and for higher wages, including higher wages for support staff who only make $24,000 a year.

Last week students organized two sit-ins at the Davis Center, once meeting with Eric Moore, a member of the negotiating team for the school district who spent an hour giving the students the run around.

“Our main goal is to raise awareness and destroy the narrative that MPS is pushing on us. We don’t want people speaking for us. We want to speak for ourselves. We want to say why we are here.”

They say that the press is demonizing their teachers, and acting as though students are being used as a pawn in this labor struggle.

The media and the district keep saying that it’s best for kids to get back to school, and are demonizing the teachers’ strike. But these students aren’t having it. Their occupation shows that they are on the side of their teachers, and that teachers’ working conditions are students’ learning conditions.