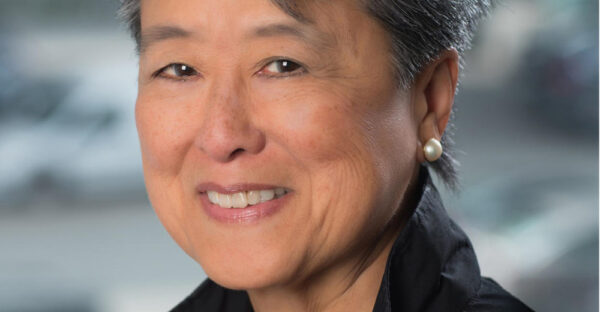 Miscarriage Of Justice Catalyzed A Movement Led By Asian Americans

Janine Jackson interviewed Helen Zia about the legacy of Vincent Chin for the June 17, 2022, episode of CounterSpin. This is a lightly edited transcript.

Janine Jackson: Vincent Chin was beaten to death in Detroit in June 1982, by two white auto workers who reportedly said it was because of him that they had lost their jobs. At the time, listeners may recall, Japan was being widely blamed for the collapse of the Detroit auto industry. Chin was Chinese-American.

Elite media, as reflected by the New York Times, didn’t seem to come around to the story until April 1983, with reporting on the protests emanating from Detroit’s Asian-American community about the dismissive legal response to the murder. Chin’s killers, Ronald Ebens and Michael Nitz, were given probation and fines, with Wayne County Circuit Court Judge Charles Kaufman infamously saying they “weren’t the kind of people you send to jail.”

It took protest for big media to attend to that legal perversity, and the broader context of anti-Asian hatred and scapegoating. And it’s civil rights activism that has been the legacy of Chin’s death, 40 years ago this week, activism of which our guest is a key part. Helen Zia is co-founder of American Citizens for Justice, and author of Asian-American Dreams: The Emergence of an American People, among other titles. She joins us now by phone from Detroit. Welcome back to CounterSpin, Helen Zia.

Helen Zia: Well, it’s my honor to be with you, Janine.

JJ: I saw you speak recently in Detroit and say that Vincent Chin’s horrific murder, its circumstances and then the legal failures, are all extremely important, but that that’s not the whole story that’s being acknowledged right now with this 40th remembrance and rededication. The story of Vincent Chin’s killing is also about what came after, what grew from it. Can you talk a little about what that was, and is?

HZ: Oh, absolutely. It was a horrific killing, and not only that, but a continued miscarriage of justice, where the justice system failed at every turn, for a young man who was killed and attacked on the night of his bachelor party, because of how he looked, at a time of intense anti-Asian hate. And all of that was very important. It brought attention to the whole idea that Asian Americans are people, that we are humans, that we are Americans, and that we experience racism and discrimination.

But that’s not all that was important, because that event and the miscarriage of justice catalyzed a whole movement, a civil rights movement led by Asian Americans, with Detroit, Michigan, as the epicenter of that civil rights movement that reached all across America for Asian Americans, and also had a huge impact on, really, democracy in this country, in many, many different ways. And it represented the solidarity of people from all walks of life.

We were in Detroit, now a majority Black city, back then was a majority Black city, and we had incredible support from the Black community, as well as the Arab-American community, multi-faith, multi-class, people from all walks of life, not only in Detroit. And then it became a national movement, really sparked a discussion, a movement that took the moment of the killing of Vincent Chin, and then the injustice that followed, but turned it into a civil rights movement, a human rights movement, that has still an impact today.

And that’s why we’re talking about this. It’s to remember that moment, but the legacy as well—of people coming together in solidarity, with the idea that an injury to one is an injury to all, and we have a basic interest in joining together to ensure each other’s safety. That we are part of a beloved community, that no community should live in fear of violence or hate. And this notion of all our communities being so divided, can we ever be allies, let alone come together…

And so that’s what we’re remembering: Let’s not forget that, actually, we have been in solidarity. And let’s take the lessons of that and move it forward to today, because we need that desperately.

JJ: When you say remembrance and rededication, which is what this event series is about, I really like that rededication part, which has to do with acknowledging that, as you say, an injury to one is an injury to all.

HZ: And that’s completely right. And that’s why we are saying it’s more than remembrance, it’s about rededication. It’s about taking the hard work that happened, and coming together in unity and in solidarity and building a movement. There’s nothing simple about that; there’s no Kumbaya. It really takes people working hard together to bridge understandings and undo misunderstandings, break down stereotypes and build a common understanding and a common bond between communities.

And so I think you’re right, that’s a way of sort of pigeonholing people and keeping us apart, instead of looking at the true commonality. If we talk about Vincent Chin or violence against Asian Americans, we also talk about Buffalo and we talk about Coeur d’Alene, and how ideas of white supremacy and even active white supremacist groups, they lump us together. They don’t see us as separate groups. They connect the dots in a very negative way. And so it’s really incumbent on all thinking people, and especially our media, to be able to connect those dots too, and not keep us separate.

And it is often, I think, an unconscious way of saying, “Well, that’s this group’s problem, then the other group has this problem, and never the twain should meet.” And, unfortunately, that’s part of what, on the ground, we have to overcome, and do that education, to say no, actually, we’re all in this together. And media has such an important role to play in that, if we can break through that as well.

JJ: Yeah, and I just wanted to add, it did seem from my looking into it that it took the protests for big media to attend to Chin’s murder, but even then, some of what we saw was—here’s this Times piece from September 10, 1983, “Asian-Americans See Growing Bias.” And then the opening is, “Asian-American leaders say they are alarmed by what they regard as rising discrimination against their people.” So even there, there’s kind of a “maybe it’s not true. Maybe it’s just a perception.”

HZ: You know, there are shifts, there has been progress. But I have to say, we still have to do that basic “Asian Americans 101” all the time. Back in 1982, ’83, Asian Americans were so invisibilized, and so minoritized, that the whole country really had no concept of who Asian Americans are. So when we started first trying to raise this as an issue, and have our press conferences and things like that, we were asked questions like, “Well, where did you all come from? Did you all just sort of land in America?” More or less saying, “Are you all fresh off the boat?” And we would have to say, “Well, many Asian Americans are immigrants, but, actually, we have been also on this continent for hundreds of years, fighting in the Civil War, having records that go back to the 1500s in the Spanish archives of Mexico and ‘New Spain’ of that time.”

And it was all about an education to say, you know what, we are not this foreign invader that just landed here. And that’s what we had to do over and over again. Questions like, “Do you all speak English?” And you would just have to say, “What do you think I’m speaking with you now?” And then, “Why do you speak such good English?” And I have to answer it more grammatically, saying “Well, I speak English well because I was born and raised here.”

And, yes, we’ve progressed from that time. But, unfortunately, even as we see in this terrible pandemic, the dual pandemic of Covid and hate, that includes the anti-Asian hate that’s been going on, when those were first reported by people who were attacked in different incidents, and they put it on social media, the first response, overall, was, “Wow, this happens to Asian Americans? Who knew that?” It was more surprise, and eye-opening.

And so that was, in a way, the news. And we see that not being challenged by media. When, for example, in Atlanta eight people were killed as the killer went in search of Asian Americans, and killed six Asian women who were working, and the police immediately say, “Oh, this has nothing to do with race.” And we don’t see the pushback on that, querying that. It’s sort of like it’s almost accepted — until, now, what makes a difference is the communities, the grassroots, the people on the ground, saying, hey, what do you mean? This has everything to do with race, it has everything to do with gender and how Asian Americans are viewed.

So the difference is that there’s more of a voice, there’s more of a community, and organizations that actually can correct failings, or just where the ball is dropped, and the questions that should be asked or followed up on aren’t. So that’s a difference. Maybe we have to explain a little less. But, really, we have to explain over and over again.

And to your point about this being seen as, “Well, it’s just an Asian-American issue.” Part of the teaching constantly has to be, no, this is really connected. Hate crimes are connected. The Vincent Chin case had a big role to play in the Hate Crimes Prevention Act that was signed in 2010 by President Obama, that also included gender and sexual orientation and disability.

The broadening of the concept of civil rights, and who’s protected, really was argued in 1983 by Asian Americans to say that immigrants and Asian Americans should be protected by federal civil rights law, because that was not a given. There were a lot of racism deniers back then, and even today, so unfortunately we do have to counter kind of the same misconceptions that existed then and today. The fight and the education never ends.

JJ: We’ve been speaking with Helen Zia, co-founder of American Citizens for Justice. You can learn about the 40th remembrance and rededication at VincentChin.org. Thank you so much, Helen Zia, for joining us this week on CounterSpin.

HZ: Thank you, Janine. Thank you and FAIR for all the work you do.