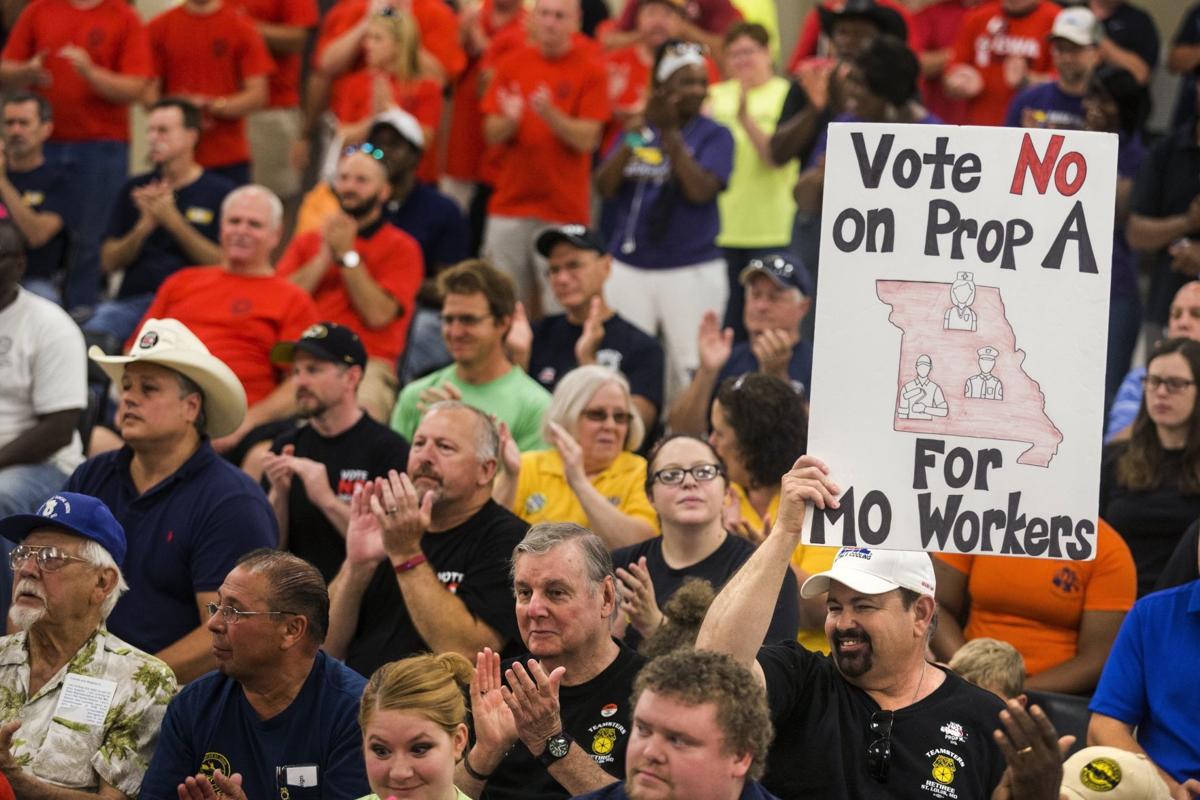 Above Photo: Rich Pickering, at right, sports a handmade sign as hundreds of workers rally against Proposition A at the Laborers Local 42 union hall Saturday, June 23, 2018. Many who attended the rally later canvassed area neighborhoods to educate voters on the right to work legislation and the upcoming veto referendum, which will take place on August 7. Photo by Ryan Michalesko, rmichalesko@post-dispatch.com

The defeat of a right-to-work law in 2018 seems to have given Missouri’s unions a boost. Their membership grew by 46,000 last year, bucking a downward national trend. 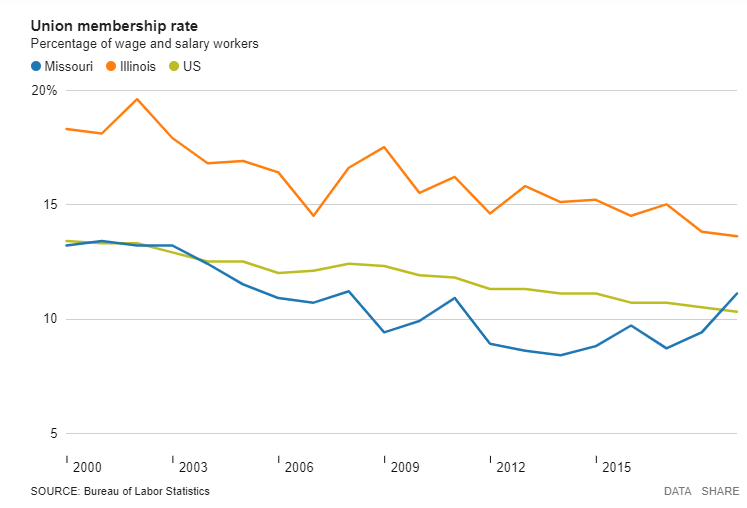 Nationally, union membership fell by 170,000 last year and is now 10.3% of all workers, down from 10.5% in 2018. Last year was the first time since 2003 that Missouri had a higher unionization rate than the U.S. as a whole.
In addition to the 297,000 union members in the state, 36,000 Missourians are represented by unions but are not members. A law that voters rejected in 2018 would have allowed those non-members to opt out of paying union dues.