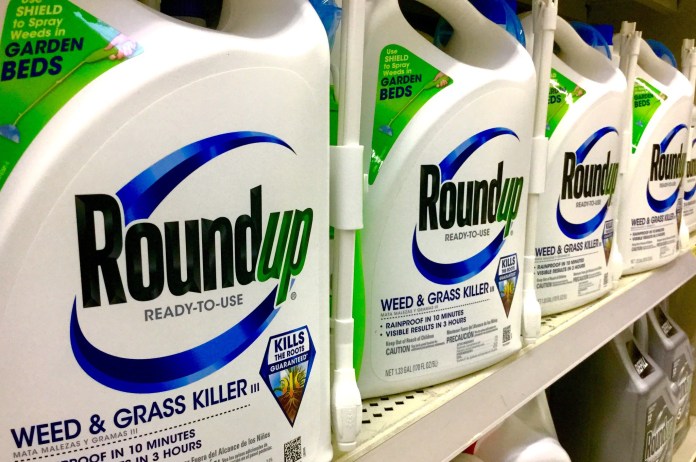 The company also argues that the $2 billion verdict was “unsupported, excessive and unconstitutional.”

Monsanto is fighting back against the $2 billion verdict awarded to a couple that claimed the company’s infamous herbicide, Roundup, caused their cancer.

Claiming that the plaintiffs’ counsel misconduct was “egregious and rampant,” the mega-corporation is calling for a new trial or judgment notwithstanding verdict.

Alva and Alberta Pilliod, a couple in their 70s, used Roundup for 30 years until 2016 when they stopped after being made aware the glyphosate was possibly linked to cancer.

After the ruling Bayer, which recently purchased Monsanto, released the following statement:

“Bayer is disappointed with the jury’s decision and will appeal the verdict in this case, which conflicts directly with the U.S. Environmental Protection Agency’s interim registration review decision released just last month, the consensus among leading health regulators worldwide that glyphosate-based products can be used safely and that glyphosate is not carcinogenic, and the 40 years of extensive scientific research on which their favorable conclusions are based.

“We have great sympathy for Mr. and Mrs. Pilliod, but the evidence in this case was clear that both have long histories of illnesses known to be substantial risk factors for non-Hodgkin’s lymphoma (NHL), most NHL has no known cause, and there is not reliable scientific evidence to conclude that glyphosate-based herbicides were the ‘but for’ cause of their illnesses as the jury was required to find in this case.”

“First…the misconduct was egregious and rampant,” said Monsanto’s legal team in the brief filed this week. “Second, the misconduct persisted despite sustained objections and repeated admonishments from the Court. Even Plaintiffs admit the Court had to ‘rein in Counsel when he got heated during rebuttal.’ Third, the atmosphere of the trial was unnecessarily theatrical, with celebrity appearances in the courtroom and counsel’s dramatic demonstrations in which he pretended to be fearful of a Roundup bottle that he knew only contained water. Finally, counsel’s misconduct actually prejudiced the jury, as demonstrated by the excessive punitive damage verdict, which bears no relationship to the evidence or the compensatory damages.”

The company also argues that the $2 billion verdict was “unsupported, excessive and unconstitutional.”

This case was the third the company has lost where the plaintiff(s) argued that glyphosate, the active ingredient in Roundup, was a substantial factor in causing their non-Hodgkin’s lymphoma. Plaintiffs in all cases also argued that the company failed to warn its customers of the dangers that the product posed.

Previously two other individuals – Dewayne Johnson, who was awarded $78.5 million, and Edwin Hardeman, who was awarded $80.5 million – won in similar cases against Monsanto. Monsanto has challenged both of these verdicts. In Johnson’s case, the judge rejected the company’s bid to overturn the verdict. The company continues to fight against the Hardeman verdict, claiming that a juror hugged the plaintiff during post-trial proceedings. There are over 13,000 pending cases against the agricultural giant as of this month.