Washington, DC–A defendant in the Inauguration Day protest trials was found not guilty by jury trial on Monday. Casey Webber was acquitted of all felony and misdemeanor charges against him stemming from the mass-arrests of 230 protesters during January 20 protests. The trials have come to be known as the J20 trials.

Three other defendants are still waiting jury verdicts in the trial, which began on May 14. The jury told Judge Katherine Knowles on Tuesday, that they were deadlocked but she returned them to the jury room until they reached verdicts.

Webber said that though his trial was over and has resulted in a positive personal outcome, he did not feel any relief due to seeing the three other defendants in his trial anguishing over the possible outcome. He also said he could not rest and would continue to support another 40 defendants who were awaiting trials.

The defendants faced a possible 60 years in prison for the charges of malicious destruction of property, conspiracy to riot, inciting a riot, rioting, and assaulting a police officer.

Webber said that there was no direct evidence admitted by the U.S. Attorney’s office that linked any of the defendants to any of the charges they faced.

The U.S. District Attorney was forced to drop all charges in another J20 trial against 6 other defendants which had been set to begin on Monday, June 4. There were no grounds to pursue felony charges in the trial when it came to light that Assistant U.S. Attorney Jennifer Kerkhoff withheld key evidence from defense attorneys.

District of Columbia Superior Court, Chief Judge Robert E. Morin had been hearing pretrial motions in the June 4 trial in regard to exculpatory evidence that Kerkhoff had in her possession. The key evidence in question was a video clip the prosecution was using to support felony charges against all defendants. 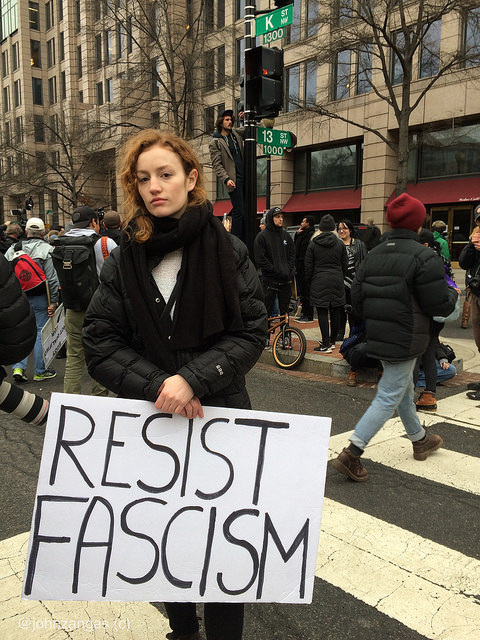 The Inauguration Day protests lasted the entire day and involved thousands of protesters throughout the downtown area. Photo: John Zangas

Defense attorneys argued the felony charges of conspiracy to riot and inciting a riot were not valid since they had not been provided an uncut version of the video during discovery. The defense team also learned from an email sent by the US Attorney’s office to Judge Morin that the Project Veritas evidence should have included an additional 65 videos and 4 audio recordings that had been withheld from defense during discovery. The videos had been also been recorded and provided to DC police by conservative media group Project Veritas, which had produced the videos when it infiltrated and secretly recorded Dissent J20 planning meetings.

Dissent J20 was an umbrella organization with which other protest groups coordinated to disrupt the Inauguration Day parade. On Inauguration Day, hundreds of police moved against a breakaway group of protesters and mass-arrested 230 of them, including journalists, photographers and independent media live-streamers.

Defendants in the May 14 trial have already been subjected to admission of the tainted Veritas Project video in their trial. Judge Katherine Knowles of the Superior Court of the District of Columbia is presiding in this jury trial and had already admitted into evidence the edited Project Veritas video. It is not certain what the final outcome of this trial will be for the three remaining defendants but it gives credence to a strong defense on appeal in the event of conviction based on omitted exculpatory evidence.

Project Veritas subsequently produced their heavily edited video from recordings of the Dissent J20 planning meetings and released it the day before the J20 protests in order to discredit the protesters. The video was produced to cast planners as endorsing violence during the Inauguration Day parade. Project Veritas provided the heavily edited video to Detective Pemberton, who then provided it the U.S. Attorney’s office. The video formed a basis for felony inciting riot and conspiracy to riot charges against all 230 defendants in the J20 trials.

Defense attorneys filed additional motions for dismissal of the felony charges once they discovered that the Project Veritas videographer could be heard saying that he believed the J20 planners did not know of a conspiracy during the J20 protests.

Defense attorneys argued the U.S. Attorneys office should have provided a copy of the omitted video clip but instead deliberately withheld it and in so doing, violated a foundational principle of due process known as the Brady rule. This legal procedure is compulsory during the discovery phase of pretrial procedures. The Brady rule requires prosecutors to share materially exculpatory evidence with the defense before an actual jury trial begins.

The defense attorneys argued that by not adhering to this legal requirement, the US Attorney’s office denied defendants due process under the law. The Brady rule came out of a landmark Supreme Court ruling in 1963, which provided defense attorneys access to evidence prosecutors discover during the course of an investigation, which may assist the defendants in their case.

Judge Morin was said to have been incredulous at the revelation of the prosecutor’s multiple violations of the Brady rule. Judge Morin queried the stand-in prosecutor during the June 4 pretrial motions but the prosecutor could not answer for Assistant Kerkhoff because she was at that time prosecuting the ongoing May 14 J20 trial.

Judge Morin sanctioned Kerkhoff as a result of the Brady rule violations, thereby prohibited her from submitting any additional evidence in the course of future J20 trials, further weakening the U.S. Attorney’s ability to secure J20 trial convictions.

It is not yet clear which party edited the critical portion of the video clip. Whether it was Project Veritas, the police, or the U.S. District Attorney’s office, but real damage has been done to the credibility and handling of the trials by the prosecution. 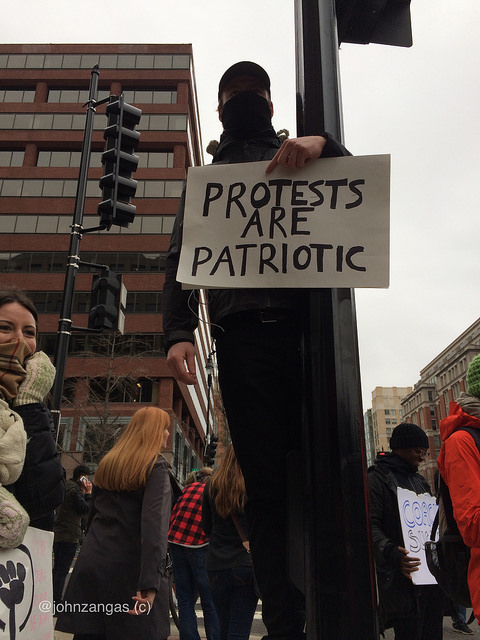 The conservative Project Veritas media organization has previously been involved in a series of clandestine video traps. In operations against ACORN and Planned Parenthood, operatives penetrated business offices of these groups unbeknownst to them and recorded discussions which were later edited. The videos were then released to the public in an attempt to discredit the organizations.

The Project Veritas sting methods used against Planned Parenthood and ACORN have now also played a role in ensnaring the U.S. Attorney’s office in what is turning out at best to be chaotic records of trials.

Webber was pensive concerning the behavior of prosecutors and police and likened the justice system to a design to work exactly as it did. “The evidence was problematic from the beginning,” he said. “The charges were based on conjecture and there was never any material evidence presented on any person,” he said.

Webber believes the conduct of the prosecution was “closer to political persecution than criminal prosecution.” He also stated that the approach was to over dramatize the accusations so people would take pleas. “The prosecution obstructed evidence from defense council over the threat of built up charges for minor offenses,” he said.

Webber also pointed out the cost to the defendants and their families as well as the taxpayers. “The prosecution has cost the taxpayers millions in these cases,” he said.

Webber was found not guilty on all counts but he believes he likely would not have faced the charges had the defense attorneys been provided the full Veritas Project video during disclosure. Webber’s trial was unique in that he was seen by prosecutors as a prime Dissent J20 organizer who at the time worked as an officer for Industrial Workers of the World Union. He had since vacated his position because of the trial but remained a member of IWW.

The defendants in the third trial (June 4) have had felony charges dropped with prejudice. This means the US Attorney cannot charge them again later on. They will now be free of those charges and not have to face future trial on any of the felony or misdemeanor counts.

Concurrently another set of dismissals were issued Monday, June 4 for another J20 trial which began pre-hearing motions on May 29. Chief Judge Morin had determined the Brady violations were so severe that he would not let the trial proceed.

As a sidebar to the unfolding court chaos under the watch of the Judge Morin and at the hands of U.S. Attorney’s office and Assistant Prosecutor Kerkhoff, a police officer who testified at the May 14 trial as a witness against J20 defendants, wore a shirt in the courtroom a few minutes after he testified. DC police officer William Chapman had fashioned a silk-screened shirt emblazoned with ‘Police Brutality…or doing what their parents should have,’ along with an image of a police baton and handcuffs. He plainly wore the shirt and message around the courthouse until he was seen leaving with Assistant U.S. Attorney Kerkhoff.