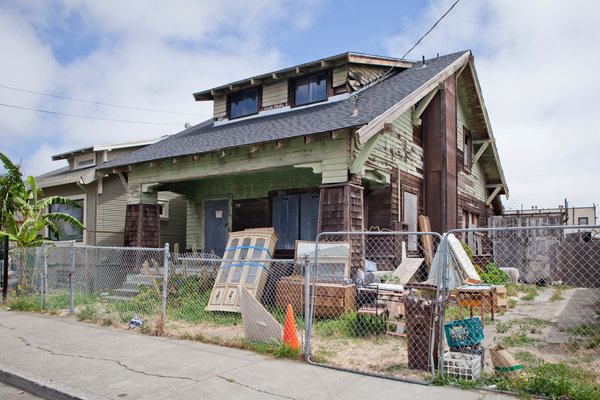 New cities are joining the effort to head off home foreclosures by using a twist on the power of eminent domain, despite threats of financial retaliation from Wall Street and Washington.

On Saturday, Mayor Wayne Smith of Irvington, N.J., will announce that his mostly working-class city is proceeding with a legal study of the plan. Irvington could try to head off legal action and repercussions through what are called “friendly condemnations,” in which incentives are used to persuade the owner to drop any objections, he said. “We figure if this program works it can help anywhere from 500 to 1,000 homes.”

This summer the similarly working-class city of Richmond, Calif., in a heavily industrial part of the San Francisco Bay Area, became the firstto identify homes worth far less than their owners owe, and offer to buy not the houses themselves, but the mortgages. The city intends to reduce the debt on those mortgages, saying that will prevent foreclosure, blight and falling property values. If the owners of the mortgages — mostly banks and investors — balk, the letters said, the city could use eminent domain to condemn and buy them.

Since then, intense pressure from Wall Street and real estate interests, including warnings that mortgages will become difficult or impossible for Richmond residents to get, has whittled away support for the plan. The city has yet to actually use its power of eminent domain, but it is already fighting two lawsuits filed in federal courts.

Still, cities hard hit by the housing crash are showing interest. Yonkers, just north of New York City, will soon take up a resolution to study the use of eminent domain to reduce debt, and support is building in Newark as well. In California, Pomona and Oakland are considering it as well.

“Things seem to be picking up steam in Minnesota, and I’ve just been contacted in the past couple of weeks by two cities in Pennsylvania as well,” said Robert Hockett, a Cornell University law professor and one of the architects of the strategy. Nationally, housing prices have begun to recover, but about one in five homeowners still owes more than the home is worth, and in cities like Richmond as many as half do.

Several local governments that have considered the plan eventually backed away, including San Bernardino County and North Las Vegas. But, Mr. Hockett said, “We’re moving into a kind of second generation of municipal interest that is more hard core — it’s interest with a spine, so to speak.”

The cities are all still in the early stages of considering the plan.

In New Jersey, the American Civil Liberties Union has also joined the effort, saying that opponents are using threats to keep cities from exercising their legal right to employ eminent domain.

Opponents of the strategy, including the institutional investors BlackRock and Pimco, Wells Fargo and the Mortgage Bankers Association, say that taking mortgages by eminent domain is a breach of individual rights and that investors will not receive fair market value for the mortgages. In Richmond, Mayor Gayle McLaughlin has asked investors to come to the table to work out a price, but they have so far declined to negotiate.

The Federal Housing Finance Agency, which oversees the mortgage giants Fannie Mae and Freddie Mac and controls most mortgages in the country, has said that the eminent domain strategy is “a clear threat to the safe and sound operations of Fannie Mae, Freddie Mac and the Federal Home Loan Banks” and that it may take legal action against cities that use it or limit mortgage activity there. In Congress, a housing finance bill by Jeb Hensarling, a Texas Republican and chairman of the Committee on Financial Services, would effectively end mortgage financing in cities that used eminent domain.

On Friday, letters signed by 10 Democratic members of Congress were expected to be sent to Edward J. DeMarco, the acting director of the Federal Housing Finance Agency, and Shaun Donovan, secretary of housing and urban development, saying that any policies that restrict mortgage lending in areas that use eminent domain would violate anti-discrimination laws.

“We write to express our disappointment that the Federal Housing Finance Agency is actively supporting and threatening legal action against communities which consider exercising their legal rights to use eminent domain to help struggling homeowners,” the letter to Mr. DeMarco said.