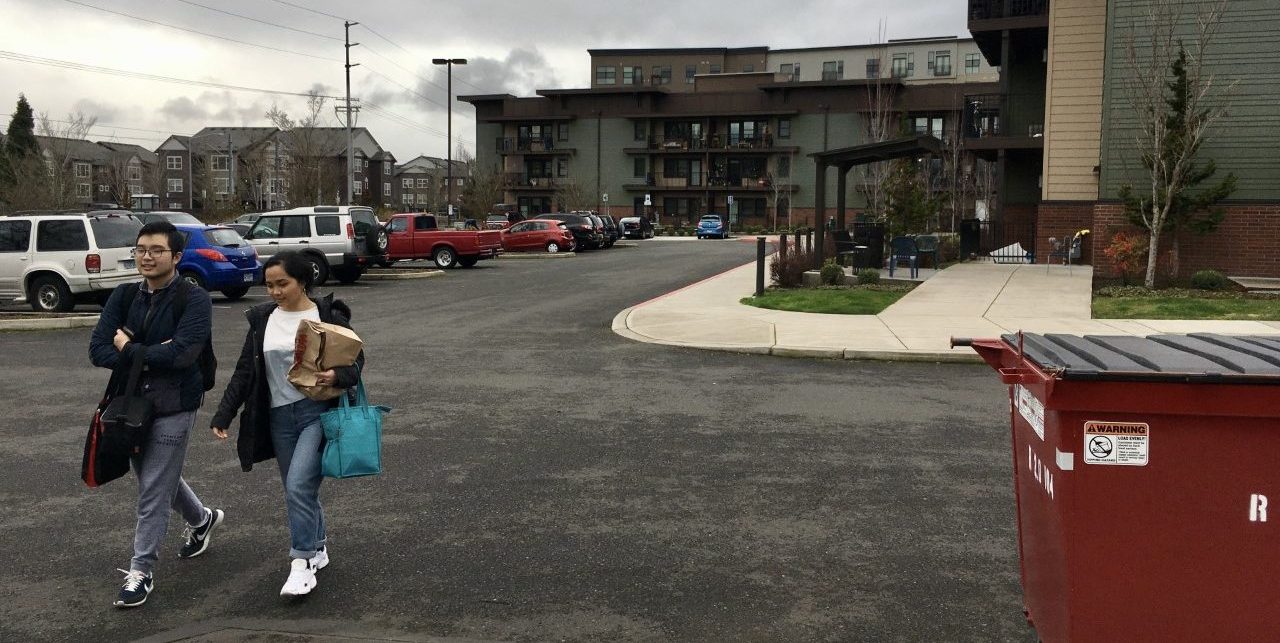 Above photo: The Orchards at Orenco development, an affordable housing project next to a light-rail stop in Hillsboro, Ore., required a years-long campaign to persuade the city to slightly reduce the number of parking spaces it would be required to build. The lot is rarely full today. Michael Andersen.

A new study finds something environmentalists have long suspected but never proven.

Do cities create greener lifestyles? Or do they just enable them?

It’s very, very, very clear that people who live closer to other people drive less. But how much of this is due to the fact that people who were already predisposed to driving less—those of us who don’t particularly enjoy driving, for example—are deliberately living where parking is scarce and buses are frequent?

Even if we ignore the breathtaking economic costs of dedicating scarce urban space to car storage, mandatory parking isn’t an “all of the above” strategy that simply lets people choose their favorite mode of transportation. Instead, as UCLA professor Donald Shoup put it in 1997, parking spaces are “a fertility drug for cars.”

Our buildings shape our behavior

Speaking scientifically, the key to proving a cause-and-effect relationship is finding a randomized sample of human behavior.

And in their new paper, “What Do Residential Lotteries Show Us About Transportation Choices?”, four Californian academics found such a sample: the free, site-specific lotteries that San Francisco uses to select who gets to live in the price-regulated homes of new apartment and condo buildings. (Because this is San Francisco, a two-person household “generally can qualify while earning up to $118,200, equivalent to 120 percent of city median income.” So these findings don’t apply only to people who would struggle to afford a car.)

“It’s so hard to do this kind of research,” wrote Jessica Roberts, a principal at Portland-based Alta Planning + Design and one of the country’s leading experts on the science of transportation behavior. “Their elegant experimental design is a huge breakthrough.”

After surveying the auto ownership and basic transportation habits of the residents of 2,654 homes in 197 projects built since 2002, the authors (Adam Millard-Ball, Jeremy West, Nazanin Rezaei, and Garima Desai) found that projects with more on-site parking induce more auto ownership: 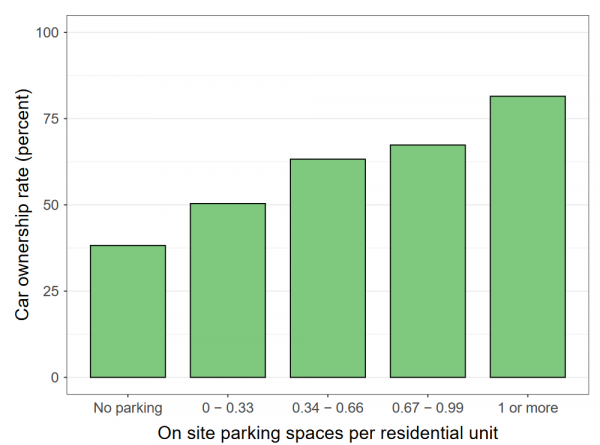 “Buildings with at least one parking space per unit (as required by zoning codes in most U.S. cities, and in San Francisco until circa 2010) have more than twice the car ownership rate of buildings that have no parking,” the authors write.

Do buildings with less parking and car ownership limit the job prospects of their occupants? Apparently not. The team found no correlation between parking supply and employment status at the time of their 2019 survey. 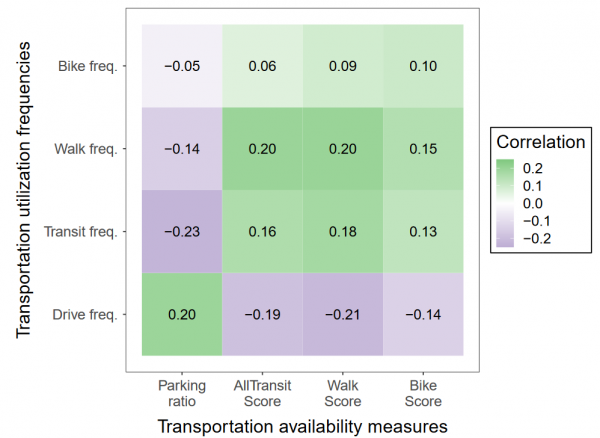 It’s not just that people who enjoy walking to the store will choose to live near stores. It’s that living near stores makes us more inclined to walk, and less inclined to drive.

This addresses one of the most important questions in urban environmentalism

This paper doesn’t close the book on the questions of how much our buildings shape us, and in which ways, and which of us they shape more or differently. It’s one study in one city from one year.

But it is a big new confirmation of one of the central hypotheses of the modern pro-housing movement.

We’ve known that Amsterdam, built mostly before the automobile was invented, has much lower energy use per person than Seattle, despite their comparable population and wealth. We’ve known that this pattern holds within countries, too. When you’re measuring greenhouse emissions per person within a country, density is all but destiny. We’ve known that if everyone on the world could consume energy like Netherlanders rather than like Cascadians, it would be far easier to find our way to a planet that can remain both prosperous and habitable for human life.

But at least here in the States, we haven’t actually had much solid evidence that building cities differently will actually change our behavior enough.

This new study strongly suggests that it’s possible, all these centuries later, to build new Amsterdams.