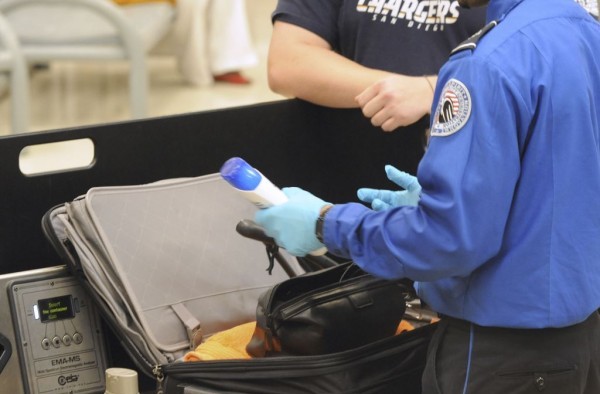 Our whistleblower buddy Jason Harrington has written another exposé. We were the first site in the blabbosphere to publicize Harrington’s TSA tell-all blog, called Taking Sense Away. That was two years ago. And we wrote about him several times thereafter.

Since then, he’s come out of hiding, first with a blockbuster cover story for Politico, and now with a follow-up: The Parable of the Mashed Potato Police.

It is, as always with Jason, funny and biting. Readers of TSA News will recognize the idiocies, abuses, waste of money, and petty humiliations about which Jason writes, because we’ve been covering them all here for years. But there are still some delicious new tidbits to savor, beginning with the subject of the title.

I recently had a bad flashback. I was lying in bed trying to fall asleep when I was hit with a vivid memory from my time as a Transportation Security Administration officer at Chicago’s O’Hare Airport. It was 2008, and I was conducting a bag check when three of my TSA colleagues got into an argument with a passenger at the checkpoint. Things got pretty heated.

The subject of debate? Whether mashed potatoes were a liquid or a solid.

In the end, of course, the TSA agents had the last word: Since the potatoes took the shape of their container, they were determined to be a liquid—specifically, a gel. That’s the official TSA line. “Liquids, aerosols and gels over 3.4 ounces cannot be brought through security.” The potatoes were forcibly surrendered.

Yes, America, you are safer because the $8-billion-dollar-a-year agency you pay for with your tax dollars confiscates Big Scary Terroristy Things like mashed potatoes. But hey, you get what you pay for, right?

A decade in, we’ve now spent a billion dollars on the program despite the fact that it’s based on pseudoscience that has been debunked in one study after another, and there’s no proof it has turned up even one terrorist threat. Many of the Behavior Detection Officers I knew at O’Hare privately admitted that their program amounted to a lot of walking around all day getting paid a lot of money for doing nothing.

As of this writing there are 166 comments at the article. In addition to the usual pointless politically ideological finger-pointing (“It’s all the Democrats’ fault! It’s all the Republicans’ fault!”) and bigoted, racist ravings, they’re riddled with the bleating of morons who think A Terrorist Is Hiding Around Every Corner and who’d be willing to undergo a cavity search if the TSA commanded them to.

But perhaps that’s as it should be. Walk into any airport in this country to get a true picture of what the U.S. now represents: a mindless herd, shuffling along in states of half-undress, blindly following orders barked at them by officious bozos in fake police uniforms, allowing themselves and their children to be bullied, prodded, and pawed, while they mumble their thanks for being humiliated.

These are your “American values” in action.