On New Year’s Eve, in over 25 cities across so-called North America, anarchists, abolitionists, and autonomous anti-capitalists took part in noise demonstrations outside of ICE detention facilities, jails, and prisons. Here’s a roundup of all the action we could track down. If we missed something, be sure to message us on Twitter @IGD_News, or send us an action report by email at info [at] itsgoingdown [dot] org.

Rang in the New Year at NWDC noise demo. 🎉🚩🏴✊ pic.twitter.com/wICeMwhZEs

Fuck All the Years !!! pic.twitter.com/5h3JQvQzjI

Spending New Years Eve honoring those imprisoned by ICE in DTLA. We honor you, love you and we’ll never forget you!! ¡NO PASARÁN! #AbolishICE pic.twitter.com/wKUjshTwfq

Protestors are making their way across the street onto the jail property now. @OKCFOX @OkCountySheriff pic.twitter.com/QCT7cruzbB

Noise demo outside Columbia Correctional. We could hear people inside shouting and banging on things. It was too hard to understand most of what they said, but we did pick out someone saying “fuck the police” when local cops showed up. pic.twitter.com/PB3uYhqWRM

Report from No New Detention Centers in #Michigan, which rallied on #NYE outside of the only migrant detention camp in the midwest. The facility is run by the GEO Group, notorious for running private prisons. #AbolishICE https://t.co/3BRamGsAK3

Lasers and flares lit up the night as fireworks boomed overhead, continuing the tradition of ringing in the new year with rowdy festivities at the juvie in downtown Minneapolis. pic.twitter.com/jzClhsp9GN 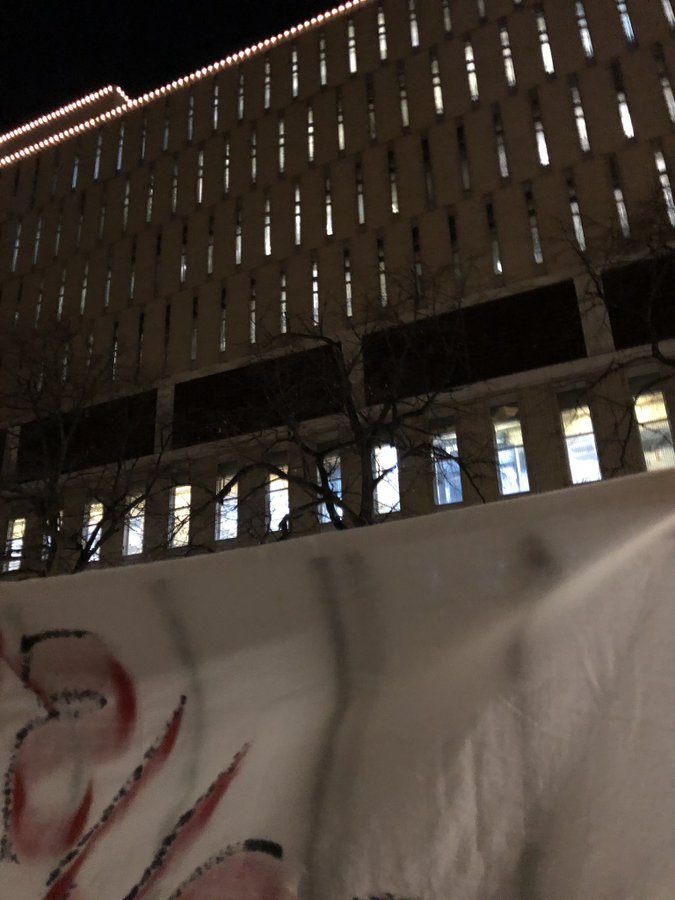 Police just showed up at the NYE noise demo for Chelsea Manning and Jeremy Hammond. Only one for now. Keeping eyes on.

Spending my New Year at a jail because what the hell else am I gonna do? #prisonsupport #FreeJeremy #FreeChelsea

27 people are talking about this

Noice Demo outside of the Richmond jail. 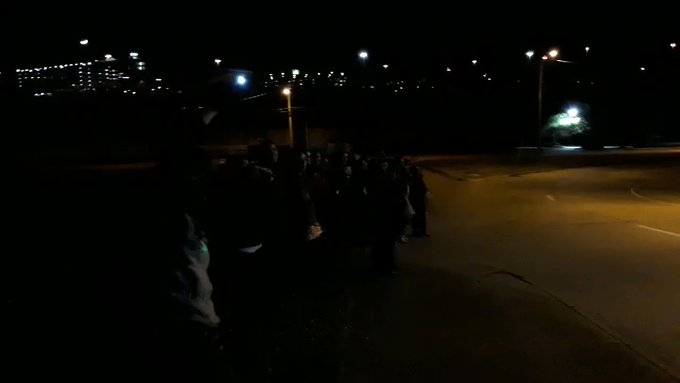 Fireworks explode outside of the local jail during the annual #NYE noise demonstration in #Durham, NC.

#NYENOISE demo organized by @iwoc_gnv lights up the night outside a prison in #Florida.

Noise demo outside MCC.
Free them all. 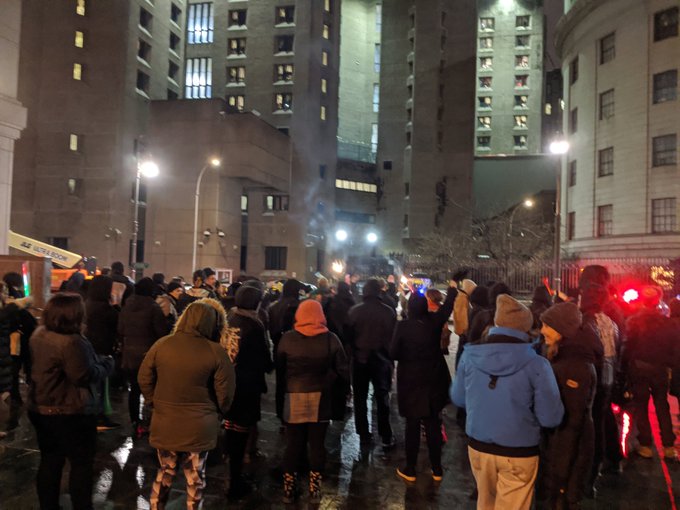 Beautiful New Years Eve noise demo in #NYC thanks to @nycabc
For those locked up at MCC!
We upheld the martyrs of our movement: Robert Seth Hayes, Tom Manning, and all those who committed to the fight!#UntilAllAreFree#NewYears2020 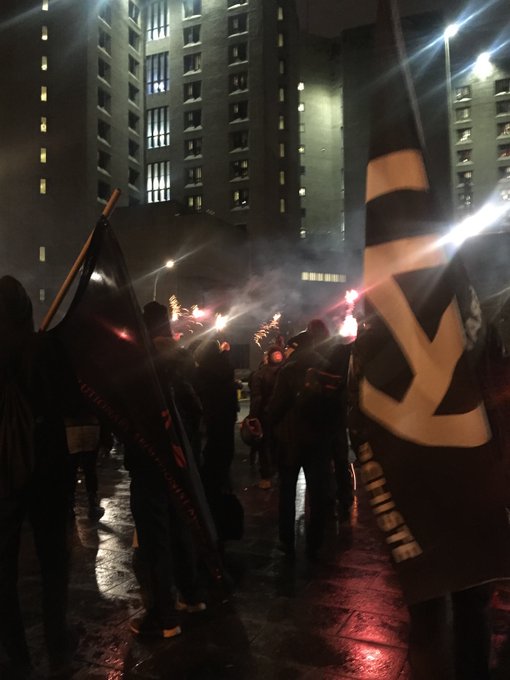 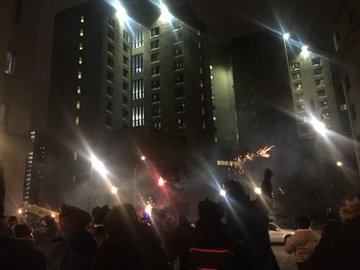 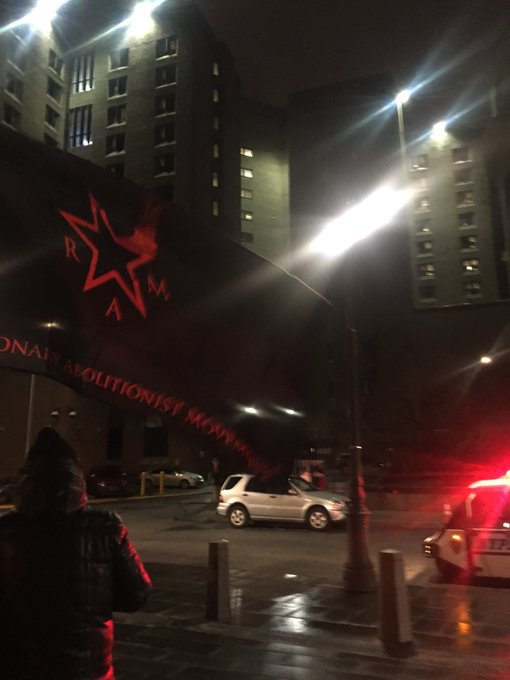 37 people are talking about this

“For the 11th year in a row, anarchists and other rebels gathered on New Year’s eve to march on the Barton Jail. This is an international tradition, rooted in showing our disgust for prisons and their world and our solidarity with all prisoners”https://north-shore.info/2020/01/02/hamilton-for-the-eleventh-year-new-years-noise-demo-at-the-barton-jail/ … 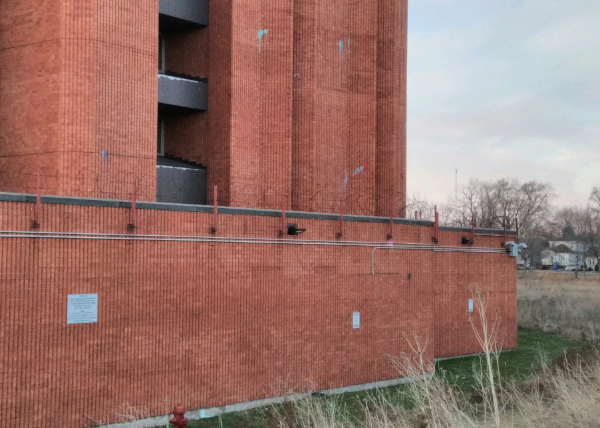 Another year, another #NYE noise demonstration outside prisons near Montreal. At a time of year that’s particularly tough to be locked up, 200 people made noise and lit off fireworks outside barbed wire fences to remind those inside they’re not alone.

Until they’re all free 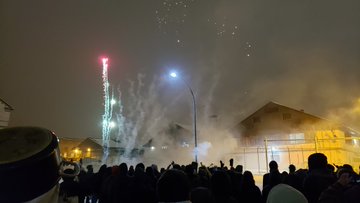 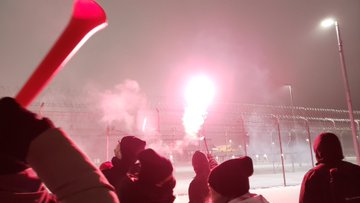 39 people are talking about this
Donations to "Popular Resistance" are tax deductible through our fiscal sponsor:
The Alliance for Global Justice, 225 E. 26th St., Suite 1, Tucson, AZ 85713