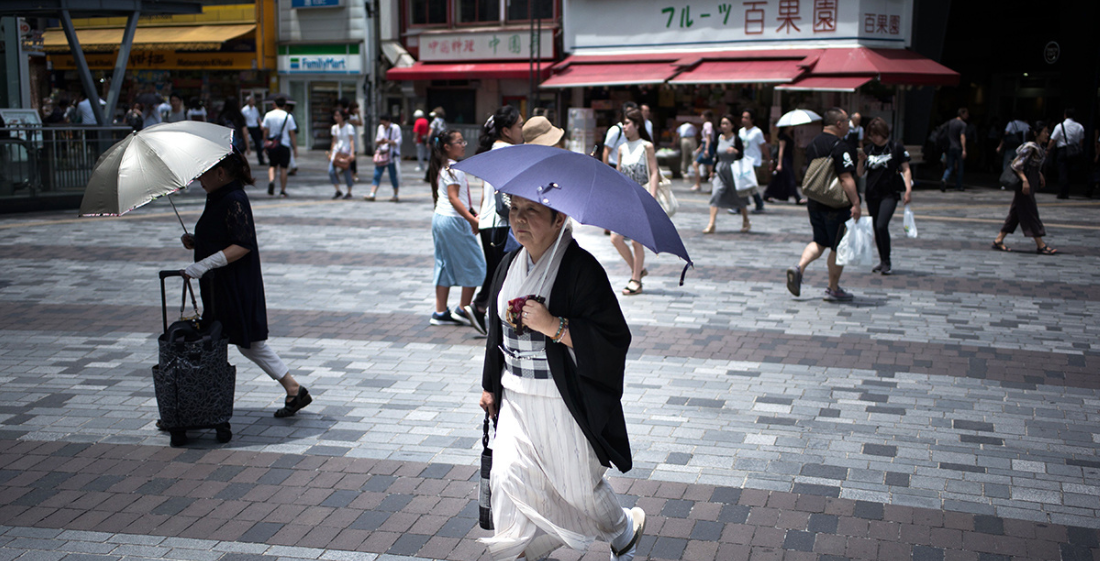 More Than 70,000 People Hospitalized Amid Record-Breaking Heat In Japan

Above Photo: A woman holds an umbrella as she walks along a street in Tokyo on July 23, as Japan suffers from a heatwave. MARTIN BUREAU / AFP / Getty Images

An ongoing heatwave has sent a record 71,266 people to hospitals across Japan between April 30 and Aug. 5 with 138 people dying from heat-related illnesses, The Japan Times reported, citing the nation’s Fire and Disaster Management Agency.

The busy capital of Tokyo saw the highest number of people taken to hospitals, at 5,994. Osaka followed with 5,272. About 40 percent of the total tally consists of elderly people.

The number of people hospitalized in just the past three months far exceeds the previous record of 58,729 recorded from June 1 to Sept. 30 in 2013.

Last month, the city of Kumagaya in the Saitama prefecture reached 41.1 degrees Celsius (106 degrees Fahrenheit), an all-time high for the country, prompting the national meteorological agency to declare the extreme heat a “natural disaster.”

What’s more, the heat is expected to continue. The Disaster Management Agency has urged the public to take caution and to drink enough water and use air conditioners.

Meanwhile, the scorching conditions has government officials considering whether to introduce daylight saving time for the Olympic Games in 2020, which will be hosted in Tokyo.

Yoshiro Mori, the head of the organizing committee for the summer games, said that Prime Minister Shinzo Abe has ordered officials from his Liberal Democratic party to gather public opinion on whether clocks should jump ahead, Reuters reported.

The plan being considered would move clocks two hours forward. For instance, marathon runners would set off at 5 a.m. instead of 7 a.m. to avoid sweltering conditions during their races.

Advocating for the plan, Tokyo 2020 spokesman Masa Takaya said in a statement to Reuters that the move would “also help protect the environment and realize a low-carbon society in Japan.”

However, people took to social media to complain that the change would be difficult to adjust to and they could risk losing sleep.

“It’s way too easy to imagine that we’ll start work two hours earlier and finish the same in the dark, meaning long days,” a commenter said, according to Reuters.