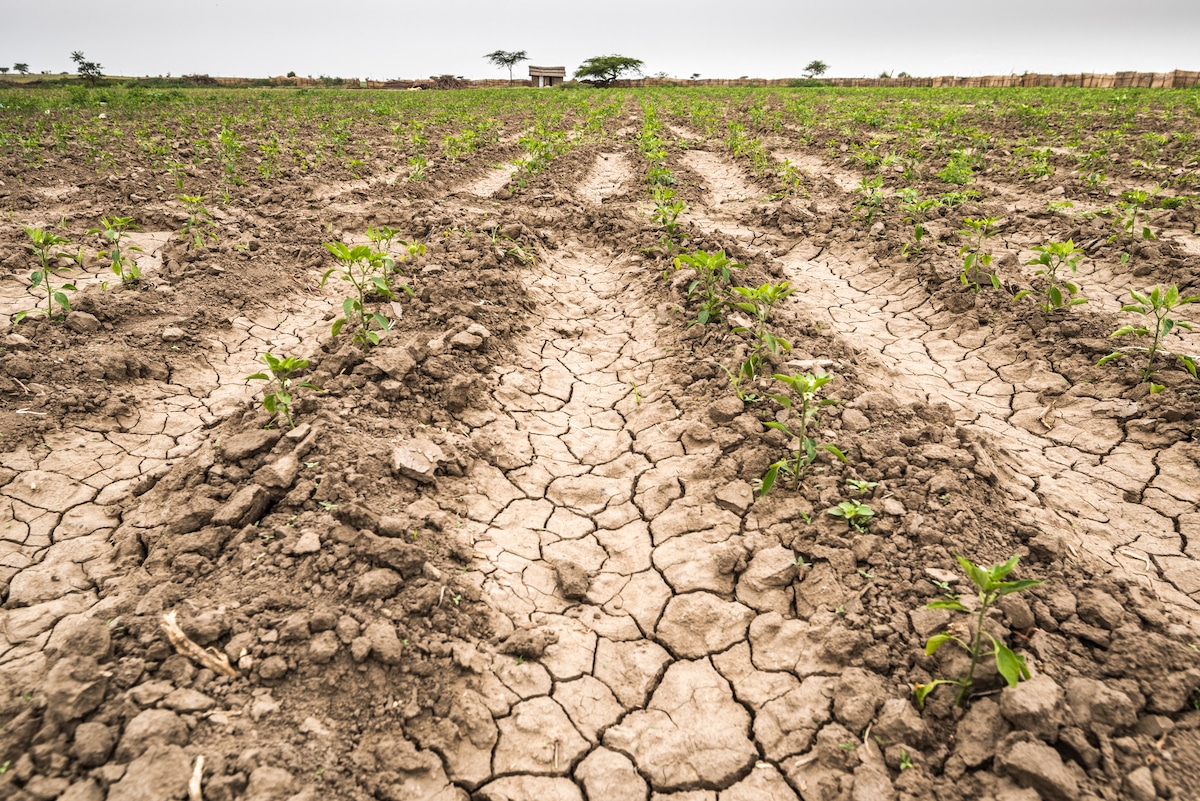 More Than 75% Of The World Could Face Drought By 2050, UN Report Warns

The climate crisis is making droughts more frequent and longer-lasting, a new UN report has announced.

The report, Drought in Numbers, 2022, was released Wednesday in honor of Drought Day at the UN Convention to Combat Desertification (UNCCD)’s 15th Conference of Parties (COP15) taking place in Abijan, Côte d’Ivoire from May 9 to 20.

“The facts and figures of this publication all point in the same direction: an upward trajectory in the duration of droughts and the severity of impacts, not only affecting human societies but also the ecological systems upon which the survival of all life depends, including that of our own species.” UNCCD Executive Secretary Ibrahim Thiaw said in a press release.

The report found that drought frequency and duration has already increased by 29 percent since 2000. Droughts were also the deadliest natural disaster on a global scale; though they only represent 15 percent of natural disasters, they killed 650,000 people between 1970 and 2019. Between 1998 and 2017, the global economy lost around $124 billion due to drought.

Africa has suffered the most from this extreme weather event, AP News reported. It experienced 134 recorded droughts in the last 100 years, and more than half of them were in East Africa, which is in the midst of a devastating drought right now.

“We used to be able to grow enough tomatoes that we could stay fed for 8 months,” Kenyan farmer Kheira Osman Yusuf told AP News. “We used to have luscious mango trees and papaya trees.”

Osman said that she had not seen rain for more than a year, and that she sometimes has to risk drinking from the livestock reservoir.

India, Australia and the Americas also struggled with drought. In the U.S., the economy lost $249 billion due to drought and related crop failures since 1980 and several hundred billion dollars over the course of the entire 20th century, The Hill reported.

Currently, 2.3 billion people face water stress, which is about a third of the world’s population, AP News reported. However, that number is expected to double by 2050 if nothing is done.

This isn’t the only drought impact that could worsen in the next 30 years, the UN press release said. By 2050, drought could affect more than 75 percent of the world’s population, 4.8 to 5.7 billion people could live in areas with water shortages for at least one month a year and as many as 216 million people could be displaced from their homes at least partially due to prolonged dry weather.

“We are at a crossroads,” Thiaw said in the press release. “We need to steer toward the solutions rather than continuing with destructive actions, believing that marginal change can heal systemic failure.”

One major solution touted by the report is land restoration. In Niger, for example, farmers developed an agroforestry system on five million hectares over a 20-year period, reducing drought risk and lowering costs per hectare to less than $20, The Hill reported.

The report follows another landmark UN publication released ahead of UNCCD’s COP15 warning that up to 40 percent of the world’s land was degraded because of human activity.