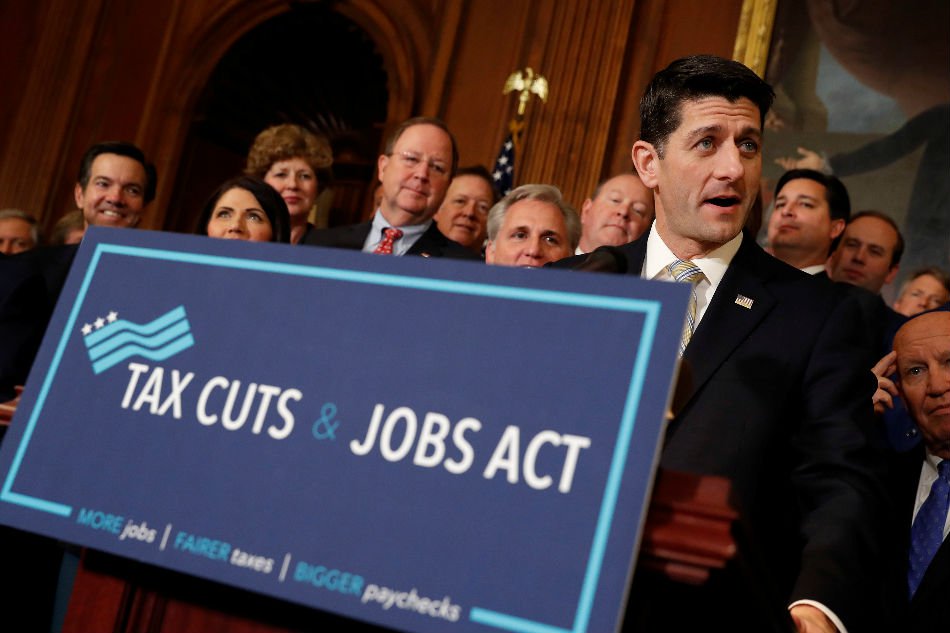 More than half of the coalition of companies that fought for slashing the corporate tax rate have made layoffs since the GOP tax bill’s enactment.

A new review by ThinkProgress has found that about half of companies comprising the Reforming America’s Taxes Equitably (RATE) Coalition have made layoffs since the tax law’s enactment.

The RATE Coalition was formed in the lead-up to the Tax Cut and Jobs Act so that big business could band together to fight for lowering the corporate tax rate. The dozens of companies and trade groups that joined the coalition all claimed that lowering the corporate tax rate would inevitably lead to more jobs. According to the RATE Coalition’s website, their mission was to “reform the tax code, making it fairer and simpler and improving the prospects of growth and jobs in the U.S. economy by reducing the corporate income tax rate to make it more competitive with our nation’s major trading partners.”

After spending millions of dollars and thousands of hours lobbying, the companies got what they wanted when Republicans passed the final tax bill that included an enormous 21-percent corporate tax rate. Of course, we all know who has benefitted since then: the corporations and their shareholders.

Membership to the RATE Coalition, whose mission has been modified “to ensure that the American people – who ultimately bore the burden of what was previously the highest corporate tax rate in the industrialized world – will not be deprived of their meaningful tax reform wins,” has changed since last year. McGraw Hill, Financial, Time Warner Cable, and Walt Disney have joined while Boeing, Brown_Forman, Capital One, Home Depot, Intel, S&P Global, Viacom, and Walmart have left.

Here are the companies that have reaped the benefits of the tax bill yet eliminated jobs in the last year:

AT&T has disputed the numbers, arguing that they have hired 8,000 employees in the last year. The company has stated that

“Technology improvements are driving higher efficiencies and there are some areas where demand for our legacy services continues to decline, and we must sometimes adjust our workforce in some of those areas.

Most of our union-represented employees have a job offer guarantee that ensures they are offered another job with the company if their current job is eliminated, and when that happens many wind up staying on our payroll.”

So far the company has failed to disclose its plans to use savings from the Trump tax cut, which has brought them record profits and $20 billion in savings, to reinvest in its workforce.

At least two members of the AAR, Union Pacific and CSX have made layoffs in 2018, results in thousands of lost jobs.

In October Cox made a round of layoffs (“several hundred” according to a company source).

General Dynamics laid off 74 people in Virginia in April and 300 to 350 workers in San Diego in August.

Intel reduced its workforce by laying off 65 employees in June, as well as closing its smart glasses division which will result in 200 additional people losing their jobs.

The makers of Huggies and Kleenex laid off 13 percent of their workforce in January, about 5,000 to 5,500 jobs in “an effort to reduce expenses as it faced stiffer competition for consumer staples.”

In August the defense contractor corporation shut the doors of its assembly department in Palm Beach County, resulting in 500 people being laid off.

Macy’s continued with their multiple store closures in 2018 as a result of their planned downsizing, resulting in hundreds of jobs lost. The retail company also laid off several members of its human resources team.

This trade association does not publicly disclose its members, but several retail companies laid off thousands of employees in 2018. Examples include Toys ‘R’ Us, which shut its doors forever, Sears/Kmart, and J.C. Penny.

Northrop Grumman laid off 59 people at Fort Hood in Texas in January as well as increased its planned layoffs at Schriever Air Force Base in Colorado from 50 to 85.

The merging of T-Mobile and Sprint is going to result in 28,000 jobs being cut. 24,000 of these jobs will be from the consolidation of overlapping retail stores and about 4,500 jobs from HQ sites.

In October Verizon offered a voluntary severance package to 44,000 employees and transferred over 2,500 IT jobs to India-based Infosys as part of a multi-million dollar outsourcing deal.

After acquiring the digital-media company Awesomeness, Viacom proceeded to lay off half of its staff, about 100 employees.

In January Walmart closed the doors of 63 Sam’s Club locations, laying off about 10,000 employees. The company has also made hundreds of layoffs at its Walmart stores and corporate headquarters.

Disney’s Consumer Products Interactive Media Group laid off about 50 employees in September and less than 20 employees in the Digital Disney Network in November.