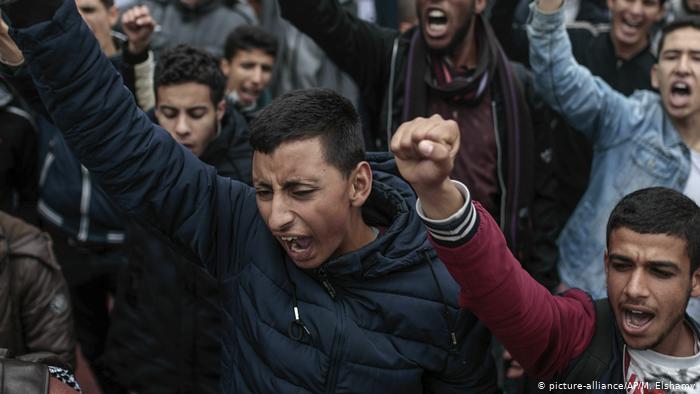 Above Photo: From Dw.com

Huge crowds have rallied in the Moroccan capital to demand the release of activists who staged mass anti-poverty demonstrations in 2016. One campaigner’s father said he feared his son would die in prison.

Thousands of protesters have marched through downtown Rabat to denounce jail sentences given to dozens of activists over their role in the Hirak Rif movement.

The poverty-fighting campaign, which began in 2016 in the impoverished Rif region, led to the biggest unrest seen in Morocco since the 2011 Arab Spring.

What you need to know: 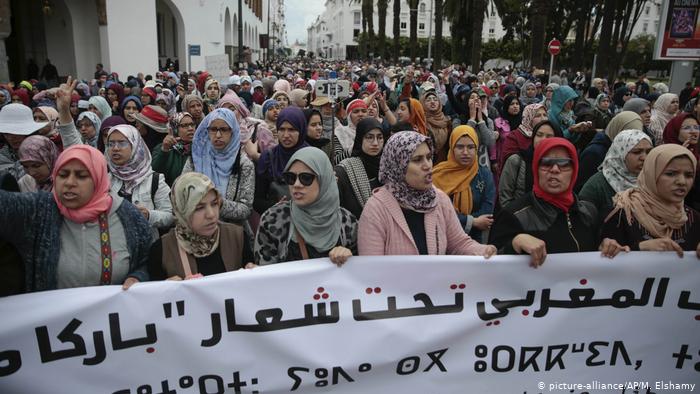 ‘They will die in prison’

Ahmed Zefzafi, father of Rif leader Nasser, said the jailed activists had started a hunger strike after being transferred “to the worst prisons in the kingdom.”

“They know they will die in prison,” he said, and urged “decision-makers to find a way out of this crisis.”

Nabila Mounib, secretary-general of the opposition United Socialist Party (PSU), said: “Zefzafi and his comrades demanded social justice and the creation of schools and hospitals. How is that a crime?”

Government lawyer Mohamed Al Houssaini Karout said the Casablanca appeals court had confirmed the sentences, first delivered in June, because there was “nothing new to look at” in the case. 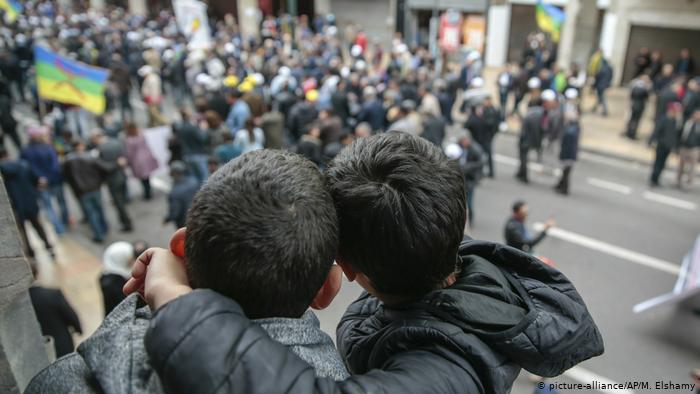 How did the Hirak Rif movement start?

The mass protests in the Rif region began in October 2016 after an impoverished fish seller was crushed to death inside a garbage truck. He had been trying to retrieve 500 kilograms (1,100 pounds) of swordfish that police had confiscated from him and thrown away.

What is the Rif? The Berber-speaking region in northern Morocco is one of the kingdom’s most impoverished and marginalized areas. It’s also the birthplace of the Hirak Rif movement, which campaigns for greater development and job creation in the region, as well as respect for the local Berber identity.

Huge uprising: The 2016 Rif demonstrations quickly escalated into a nationwide uprising demanding government action to tackle corruption and address social and economic problems. The protests marked the biggest unrest in the kingdom since the Arab Spring in 2011. Authorities responded by locking up activists for extended periods of time. Rights groups have condemned the lengthy prison sentences, but Moroccan authorities insist the judicial process met international standards.