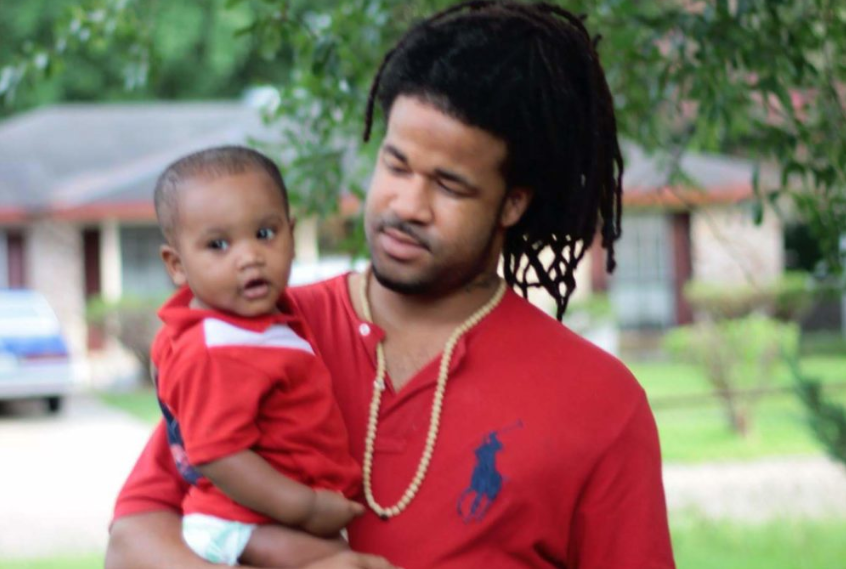 Paul Cleveland once showed up at his niece’s door with a pork roast because he was worried she had run out of groceries. He had an extra mobile home on his property, and would let near-strangers stay there till they got back on their feet. Cleveland was a U.S. Navy veteran—and according to his niece, Sherilyn Sabo, he wasn’t afraid of anybody. But when he called her from inside the East Baton Rouge Parish Prison, Cleveland told Sabo he didn’t think he would make it out alive.

Cleveland had not been convicted of a crime—he was in jail (Louisiana refers to its local jails as “parish prisons”) because his family was unable to pay his $300,000 bail. When he died of a heart attack in 2014, Cleveland became the jail’s third fatality that year and its 14th since 2012.

From 2012 to 2016, 25 men have died inside the East Baton Rouge Parish Prison; in 2012, the jail’s mortality rate was four times the national average. In a new report, the criminal justice nonprofit Promise of Justice Initiative(PJI) states that the majority of the deaths inside the jail could have been avoided with properly trained staff and better medical and mental health resources.

“On average between 2012 and 2014, the jail accounted for 12 percent of deaths in local jails in Louisiana,” the report says, “with preventable or treatable illnesses being the leading cause of deaths.”

Across the nation, being jailed is often a direct result of poverty: People frequently end up behind bars because they can’t afford to post bail or pay court fines and fees. Nationally, around 75 percent of those who die in jail have not been convicted of anything; in the East Baton Rouge jail, that number rises to 88 percent. Furthermore, said Reverend Alexis Anderson, who works with people in Baton Rouge who are re-entering civilian life, poor communities of color in the city are overpoliced, and community diversion programs are too expensive for poor defendants.

“For many of us living life, [incarceration] is a possibility,” said Linda Franks, whose son Lamar Johnson died in the jail in 2015. “We could forget to pay a fine—any kind of situation could come up [where] we come in contact with law enforcement—and it doesn’t make us bad people, or less than human.”

The East Baton Rouge Parish Prison’s infrastructure and inadequate staffing have been impugned before. According to Courthouse News Service,  a warden acknowledged to local media a year before Tyrin Colbert was murdered by his cellmate in 2016 that the building’s layout made it difficult to monitor the overpopulated jail.

But perhaps the jail’s biggest issue has been a lack of adequate medical and mental health support. Randall Toler died at age 25 from diabetic ketoacidosis, caused by a shortage of insulin, two days after he was brought to the East Baton Rouge jail. Daniel Melton, who died in 2012, repeatedly asked for medicine and medical assistance to cope with stomach pains that turned out to be peptic ulcers, but was ignored by the deputy on duty. Franks’s son, a father of three with no history of mental illness, hung himself after multiple suicidal statements went unaddressed by jail staff.

In August 2015, members of the jail’s medical staff went before the East Baton Rouge Parish Metropolitan Council to ask for additional resources.  The Advocate reported complaints about understaffing and poor equipment: Nurses spoke of EKG machines so difficult to read that they couldn’t tell whether a patient was having a heart attack.

In response, the council commissioned a comprehensive review of the jail. The 2016 review concluded that the jail’s infirmaries were “in name only,” with metal cots instead of hospital beds, a third of the nursing positions vacant, and an “unacceptable” wait time (24 to more than 36 hours) before inmates were given intake screenings. The long wait could cause people to miss crucial medications or delay treatment.

The council responded by outsourcing the jail’s healthcare to CorrectHealth LLC, a private provider. This was a controversial move, but one that seems to have led to an increase in medical staff and updated equipment, according to The Advocate. However, issues still remain: chief among them the facility itself, which is small and outdated, and the lack of a dedicated mental health unit. In its report, PJI identified at least three deaths related to mental health issues.

The review found that there was no mental health programming available at the jail, despite the fact that more than half of all state and federal prisoners have recent histories or symptoms of mental illness.

Neither is there suicide prevention training. As the jail had no suicide-proof blankets, men on suicide watch were only given paper gowns. Last year, the city’s budget proposal included $260,000 to divert 50 inmates out of jail and into treatment programs for substance abuse and mental illness. But the jail itself still has no mental health facility. And when the area’s public medical center closed in 2013, private providers nearby were reluctant or unwilling to accept prisoner referrals.

Linda Franks had not been unduly worried when her son entered the jail. She said Johnson had always been a “level-minded, cooperative man,” and that she had never known him to have suicidal thoughts.

“This was a drastic change in his mental status, a day-and-night kind of change,” Franks said. She is skeptical that a better mental health program alone will solve the jail’s problems. “I think the culture there is just that they did not care at all.”

Thus far, only two families who have lost loved ones have succeeded in holding jail administrators or the sheriff’s office legally accountable. According to David Utter, a lawyer representing three families in current lawsuits against the jail, many lawyers are hesitant to take such cases.

“Because of procedural and other legal barriers the federal courts have built up over time, there are all sorts of protections for law enforcement even when they behave badly and even illegally,” he said. “Even though many agree that the jail is run horribly by the warden and sheriff, few lawyers are willing to hold them accountable.”

East Baton Rouge Parish Prison officials did not respond to repeated requests for comment. But the East Baton Rouge Sheriff’s Office has paid nearly $5 million in settlements, deductibles, and liability insurance since 2011.

“Twenty-five people died. Those are people with families, loved ones,” Utter said. “And Baton Rouge spends all the money in the world fighting those cases rather than saying they’re sorry and giving some solace to those families.”

Sabo said that when her uncle would call her from the jail, “he told us that we wouldn’t believe [the conditions]. His heart broke for the people in there.”

PJI’s report includes a list of five recommendations: They want city and prison officials to provide medical and mental health services, staff to be trained in suicide prevention and addressing medical complaints, and for the prison to have enough staff on hand to safely supervise detainees. They also recommend that city officials address pretrial detention, thereby reducing the number of prisoners, and ask for greater transparency from the jail, potentially in the form of public hearings or quarterly reports.

“Transparency,” said Reverend Anderson, “runs concurrent with everything else. We have to make people aware.” Reimagining the way jail staff is trained is also crucial. “We’re going to have to stop thinking about people with guns and badges—if we’re going to put this many people with mental health issues in prison, we’re going to need [staff] with those skills.”

Ultimately, Anderson said, the criminal justice system should be a tool to make communities—both inside and outside the jail—safer. “Right now none of those people in there are safe,” she said.

“I’m not saying jails should be overly comfortable, but they should at the very least be humane,” Franks said. “These young men that have died are human beings, and for whatever reason we lose sight of that once someone enters the jail. They were sons and daughters, mothers and fathers. They have people who miss them. They were worth something.”