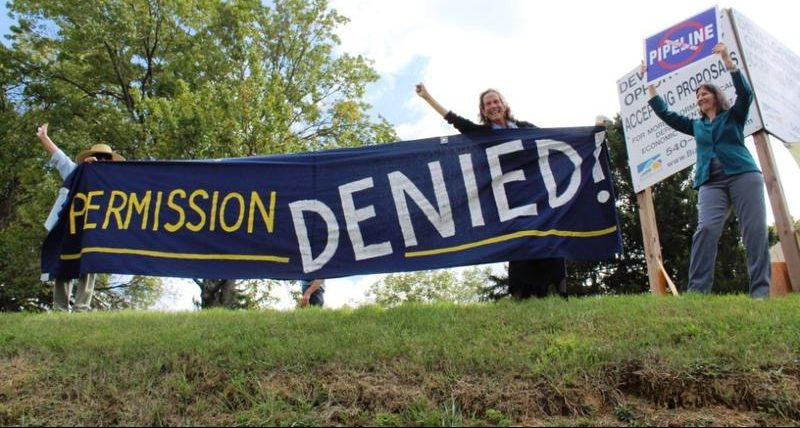 It was a shock to the system.

That’s how EQT President and CEO Toby Rice described the impact of the July cancellation of the Atlantic Coast Pipeline. Rice made the allusion during EQT’s third-quarter earnings call Thursday while reporting talks with four or five other unnamed companies to offload some or all of EQT’s Mountain Valley Pipeline capacity.

Environmentalists hope Mountain Valley is headed for the same fate as Atlantic Coast and view the natural gas industry’s recent slide as evidence the market might be on their side.

In an effort to reach net-zero emissions by 2050, Democratic presidential candidate Joe Biden has pledged enormous investments in wind, solar and electric power; a ban on new oil and gas permitting on public lands and waters; and a push to use renewables to produce carbon-free hydrogen at the same cost as shale gas.

A Deloitte study in June noted “great compression” for the U.S. shale industry, and the Petroleum Economist last month predicted a steep production decline in the fourth quarter, likely continuing into 2021, stemming in part from a dearth of drilling.

“The handwriting is [on] the wall, folks, that natural gas is coming to an end,” Bowers said.

In July, Dominion Energy and Duke Energy announced the cancellation of Atlantic Coast, an underground natural gas line that would have stretched from West Virginia to Virginia and North Carolina. The companies cited “ongoing legal uncertainties facing the project.”

Mountain Valley officials “should wise up and walk away from this risky bet like Duke and Dominion did,” the Sierra Club’s Joan Walker said in a statement last month.

Even while looking to offload Mountain Valley capacity, Rice remained bullish Thursday about the longer-term prospects for natural gas production, predicting a “decoupling of natural gas from other fossil fuels as it pertains to environmental and socioeconomic benefits.”

Earlier this month, Mountain Valley asked the Federal Energy Regulatory Commission to reduce by about 18 miles a 25-mile exclusion zone around Jefferson National Forest, the only portion of the pipeline for which FERC did not lift a stop-work order Oct. 9. But the Monroe County-based Indian Creek Watershed Association requested Monday that the zone be extended to include the West Virginia slope of Peters Mountain from Wilson Mill Road to the border of Jefferson National Forest.

Last week, the 4th U.S. Circuit Court of Appeals granted a temporary administrative stay barring construction across streams in West Virginia and Virginia. The court said the stay will remain in effect until it decides on a previous request for a longer stay.

Conservationists have decried Mountain Valley from the outset, and the project has at times failed to meet state environmental standards.

According to a 2017 FERC environmental impact statement, the line would cross about 235 miles of forest, 2.7 miles of shrublands, 7.5 miles of grasslands and 1,108 bodies of water. Pipeline construction was projected to disturb 5,053 acres of soils prone to severe water erosion and 2,829 acres of prime farmland or farmland of statewide importance. In West Virginia, the line would pass through 24 core forest areas and result in permanent impacts on about 892 acres within those tracts.

FERC determined construction and operation of the line would result in limited adverse environmental impacts except for forest areas. Construction began in February 2018. That same year, EQT split into two companies, EQT and Equitrans Midstream. The latter is the primary interest owner of Mountain Valley and would be the pipeline operator

Mountain Valley announced in a 2015 economic analysis that the pipeline consortium would spend $811 million in West Virginia and ongoing operation and maintenance would support 54 jobs statewide with average individual annual wages and benefits of almost $65,000.

In August, Equitrans announced costs could increase 5% over the project’s $5.4 billion budget and more than 50% over its original estimated cost. Initially forecast to launch in the fourth quarter of 2018, service is forecast to start in early 2021, the company said.

Pipeline foes, regulators and the company have clashed even over how much of the project is complete. FERC estimated in its Oct. 9 order that 16% of the pipeline has yet to be finished. Mountain Valley said Monday the project is 92% done. The Sierra Club questions the accuracy of company estimates. Bowers and other opponents say Mountain Valley has overestimated the percentage to get further regulatory approval and reassure investors.

By all accounts, Mountain Valley is further along than Atlantic Coast ever was. But the longer it remains unfinished, the more opponents gain hope they can keep it that way.

If the pipeline is completed, Bowers said, “when the construction workers are gone, [there will be] nothing left except destroyed land and property violated.”

“It doesn’t do anything for the people of West Virginia.”

Mountain Valley has projected the 42-inch-diameter pipeline would provide up to 2 billion cubic feet of natural gas per day from the Marcellus and Utica shale formations to markets in the mid-Atlantic and southeastern regions of the U.S. The project is a joint venture of EQM Partners LP, NextEra Capital Holdings Inc., Con Edison Transmission Inc., WGL Midstream and RGC Midstream LLC.