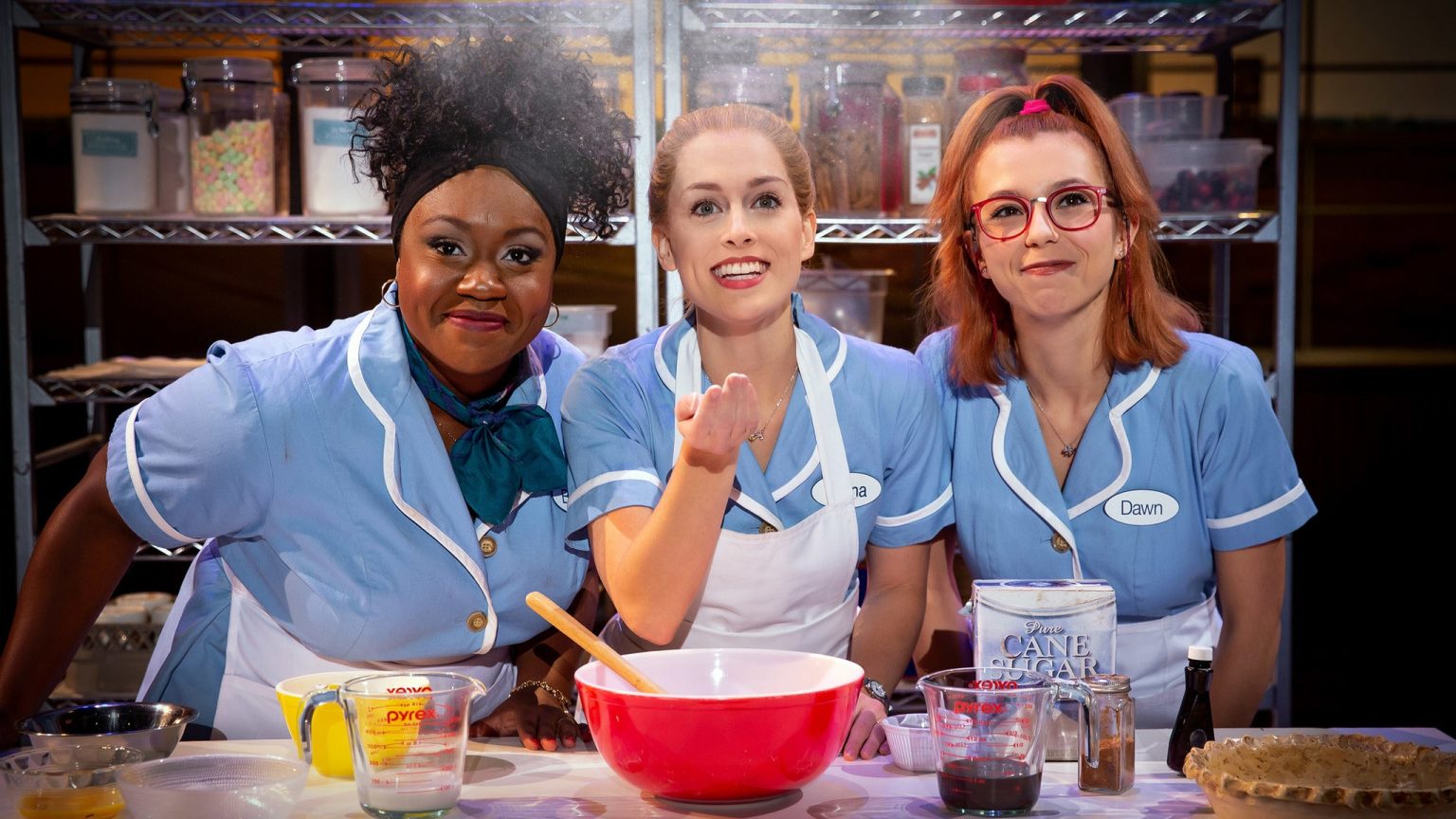 Move To Unionize Tour Could Rewrite How Theater Industry Operates

Actors’ Equity Association is trying to unionize a workplace for the first time in 20 years.

It’s one of the most progressive developments in theater in a long time, and has the potential to rewrite the way the industry operates.

What’s Going on With Equity?

This development represents a major change in strategy for Equity. For years, it operated less as a union of workers, and more as a league of professionals. In other words, Equity has been less concerned with expanding its membership or actually ensuring good working conditions for its members than with acting as essentially a credentialing organization. Actors had to work for years to build up enough “points” to be eligible for membership, with Equity priding itself on making sure only the most “professional” actors joined. This created a hierarchy of jobs within the theater industry and, along with it, huge discrepancies in working conditions. While Equity actors had minimum pay requirements, mandated breaks throughout the work day, and other workplace protections, non-Equity actors (including actors working on the same production) were often at the mercy of the bosses. Not only was Equity not interested in helping these non-unionized workers — it actually made it easier to exploit them.

Regional theaters — the financial and cultural lifeblood of American theater — negotiated sweeping contracts with Equity that dictated that regional union productions must have a certain quota of Equity actors in order to maintain their status as an Equity production. But, once that quota was filled, the producers could fill the rest of the cast out with non-unionized actors who were paid significantly less. To make matters worse, the “points” system for membership meant that actors had to work on Equity shows as a non-Equity actor. In other words, the main way to join the union was by taking a non-unionized job on a union show. This meant that the producers had even more leverage over non-union actors because now, in order to join the union, actors had to work on these union productions as non-unionized employees. So actors would frequently take substantial pay cuts, put up with horrible working conditions, and even workplace harassment and abuse — if they didn’t do the production, then they couldn’t get points to join the union.

This created something of an alliance between the Equity bureaucrats and the theater bosses. Equity knowingly allowed a hyper-exploited sector of workers to be shut out from the union because it created slightly better conditions for their members and solidified its professional image. This relationship between the union leaders and theater bosses could be seen in other ways, like when they refused to put renowned workplace harasser and mega-producer Scott Rudin on the Do Not Work list.

However, as the bureaucracy of Equity tried to play nice with theater bosses, Equity workers found themselves increasingly neglected by the union. While Equity did strike in 2019 for better profit sharing on Broadway, they kicked their members off healthcare at the height of the pandemic and upped the work requirement to qualify for healthcare. In addition, the rise of non-equity tours (more about this below) and the death of many regional theaters following the 2008 financial crash meant that many Equity actors struggled to find work. Many eligible actors would opt not to join the union, worried that it would make it harder for them to find a job. The struggle to find work was exacerbated during the pandemic and, when many Equity actors turned to digital theater to pay the bills, Equity publicly fought with the Screen Actors Guild (SAG) over jurisdiction.

Outrage at the Equity leadership reached a boiling point in April 2021 when hundreds of Equity members marched on the headquarters of the union in New York City. Their demands included greater transparency on how dues were being spent and policy decisions are made, greater visibility and inclusion, and for Equity to place Rudin on the do-not–work list.

While this march was still nascent in its political conclusions — focusing often on symptoms of the problems at Equity rather than the causes — it demonstrated a discontent amongst the rank and file. The inequality and lack of transparency are the result of a lack of democracy within Equity. The average member has very little ability to impact the union and almost every major decision — including the current move to take a more aggressive approach to organizing — is made in secret by union staffers. This shuts the rank and file out of the decision-making process and places the union under the near-total control of the bureaucracy. The march on Broadway asked for transparency on how the union leadership made decisions and spent dues but that doesn’t go far enough — members must retake the union for themselves and demand actual democracy and control over these decisions.

In July of 2021, Equity made headlines when it changed their membership rules and abolished the points system. In a statement, Equity president Kate Shindle admitted:

The old system had a significant flaw: It made employers the gatekeepers of Equity membership … the union has inadvertently contributed to the systemic exclusion of BIPOC artists and others with marginalized identities by maintaining a system in which being hired to work those contracts was a prerequisite of membership.

For all of Shindle’s (correct) platitudes about the discriminatory nature of the old system, there was a much more pragmatic reason behind Equity’s change in membership rules: they’re broke.

Equity, like most unions, funds itself through collecting dues and a percentage off of their members’ paycheck. But, because so few Equity actors were actually working, money collected from members’ paychecks dwindled down to almost nothing during the pandemic. This, in addition to members either withholding dues — many argued that it made no sense to pay dues during a pandemic where most theaters were closed — or opting to leave the union (either temporarily or because they had gone into a different line of work) left Equity cash-strapped. So, in this sense, allowing more members to join was a fast and easy way of quickly increasing union funds.

Beyond the financial impact, by removing barriers to entry, Equity began to function much more like a traditional working-class union where workers in a sector can join when they want to work in unionized workplaces. However, there are fewer and fewer unionized workplaces in the theater.

What Is a Non-Equity Tour and Why Does It Matter?

Theater is a complicated industry within capitalism. Capitalists are required to put up huge sums of money up front with the hope that, down the line, they will be able to recoup their investment and make a profit. In this way, theater can often be a money-loser for capitalists who invest in it, since whether or not a show succeeds depends on a variety of factors outside the capitalist’s control,such as the artistic quality and social relevance of the show. Because of this high level of risk, capitalists within the theater have to find new ways to increase their profits anywhere they can.

The more profitable sector of the American theater isn’t, as most would expect, Broadway but, rather, tours. These tours (typically) take an existing Broadway musical, lightly revamp it to make it easier to travel, and take it around the country to play in various regional venues. These tours allow the producers to profit (at least) twice over. First, they make money from the (much cheaper to operate) tour itself, which then often translates to increasing the profile of the show, which helps the Broadway receipts as well. Combined with merchandise and CD sales, it’s clear how tours are hugely profitable for Broadway producers.

However, eager to increase profits even further, producers have increasingly switched away from the unionized Broadway performers to non-union performers. This allows the producers to skirt pesky Equity rules about pay, travel, accomodations, and any number of other things. Producers can then sell this non-union tour production to consumers at the same ticket price as the much pricier union productions.

This practice has taken away a huge portion of employment opportunities for union members, essentially amounting to union busting. Non-union performers, however, traditionally haven’t been given a path to union membership and so have little reason to stand in solidarity with the union performers and turn down the jobs, which can provide some of the best non-union wages in the business.

Previously, Equity has launched a few toothless campaigns against the practice — such as the “ask if it’s Equity” campaign which encouraged potential ticket-buyers to call the theater presenting the tour to ask if it’s Equity and decline to buy tickets if it wasn’t. This campaign was, of course, not effective: it was neither publicized or politicized enough by Equity to make the average consumer know or care. After all, the non-union tour was often the only game in town — it was the only production of that musical available, as local producing rights, which benefit the creatives who own the copyright, are typically limited while the play runs on Broadway.

This has continued to be a source of tension between union performers and the theater bosses, and has finally boiled over into action.

Why This Is Important

The Waitress tour’s attempt to unionize comes amid this backdrop, as well as a wave of union activity in other sectors. In addition to Starbucks, Amazon, strikes in numerous industries to the strike threat last year from IATSE, one of Equity’s sister unions, workers have unionization on the brain. This is completely understandable given that we are coming out of a pandemic that showed us both how essential workers are and how little our bosses care about us.

In this sense, it isn’t surprising that the union bug spread to theater, but what’s surprising is that this development seems to be spearheaded by the union itself. According to the New York Times, organizers from Equity contacted the performers to see if they’d be interested in unionizing. This is a much more aggressive response to the non-union tours than Equity has tried since it failed to unionize a tour in 2001 and then called for its boycott. In addition, per the Times’ reporting, Equity is hiring two additional organizers with the intent to expand unionization attempts.

A more militant approach from Equity would shake up the status quo of the theater industry and put the union into direct confrontation with the producers. This attempt to unionize the Waitress tour is, undoubtedly, a result of the change in membership rules: now that there aren’t barriers to entry for Equity, more actors are joining and want to be able to find jobs. This puts pressure on Equity to be more aggressive in ensuring employment opportunities for their members which, in turn, forces Equity to confront the union-busting tactics of the bosses.

Whether or not Equity succeeds remains to be seen but even attempting to unionize the tour is important. It shows that theater workers want to keep up with the growing labor movement, that the union is going to fight more (depending on how much pressure the rank and file places on the bureaucracy), and that, perhaps, the era of two classes of workers existing in harmony within the theater might be coming to an end.

Every worker needs and deserves a union, and theater workers are no exception. The actors and stage managers on the Waitress tour are paid a third of what union actors make while bosses reap millions in profits. Those workers need a union and it seems like Equity might be trying to organize (some) of the unorganized in the theater. And that is among the most progressive things to happen in the theater in a long time.