Movimiento Cosecha On The National “Day Without Immigrants”

See below tweets showing success of Day Without Immigrants actions.

Nationwide – Movimiento Cosecha endorses, but did not organize the national “Day Without Immigrants” taking place today across the country. As far as we know, it was not coordinated by any organized group, but spread rapidly and organically through Whatsapp and social networks. It is important to understand the moment we are in, this is not the first time the immigrant community organizes itself organically around the idea of a Day Without Immigrants. 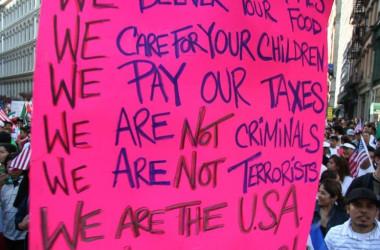 In 2006 mass numbers participated in the the immigrant mega marches in reaction to the anti-immigrant “Sensenbrenner” bill (HR 4437). Back then, immigrants organized themselves largely outside of established organizational networks and called for a Day Without Immigrants – because it is popular knowledge that the country depends on immigrant labor and that the conversation about immigrants in this country will only change when the broader American public recognizes that this country depends on us. Today’s actions are a clear message that the immigrant community is ready to use its labor and consumer power to fight and begin a new chapter in the immigrant rights movement.

Movimiento Cosecha has spent the past year training thousands of immigrant students and workers in a strategy that builds up to a Week Without Immigrants. This past weekend, 350 Immigrants from across the country came together for a National Assembly, and to formally inaugurate Movimiento Cosecha’s May Day campaign, launching decentralized preparations for a one-day national “Day Without Immigrants” strike on May 1st, 2017. 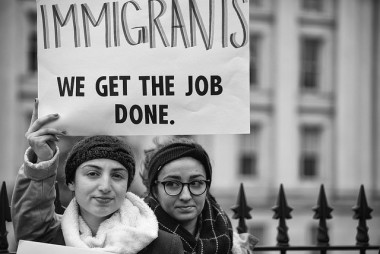 Immigrants we get the job dones. Local restaurants brace for Thursday’s ‘Day Without Immigrants’ strike.

Through boycotts and strikes, Movimiento Cosecha seeks to demonstrate to the American public that this country cannot operate without its workforce, which is primarily composed of immigrants and poor people.  If we choose mass non-cooperation- by not going to work, not buying products and not going to school – then we believe we can generate enough leverage to win permanent protection, dignity and respect for all immigrants in the country regardless who is president.

After their one-day strike on May 1st, Cosecha will continue planning and building momentum for a 7-day strike.  Movimiento Cosecha believes it will take a Week Without Immigrants to win permanent protection from deportation, the right to travel to visit family abroad, and the ability to work with freedom and dignity.

“Now more than ever, it is important for the immigrant rights movement to have an offensive strategy,” said Maria Fernanda Cabello, a spokesperson for Movimiento Cosecha. “While it is important to focus on protecting undocumented families like mine from deportation and protecting our victories such as DACA, our movement can not win unless we show the American public that this country depends on immigrant labor to function. We are switching the conversation from ‘Are immigrants wanted?’ to ‘Are immigrants needed? We cannot live like this anymore and the immigrant community is ready to show this country what would happen without us.”

Movimiento Cosecha is a national movement that is planning a week without immigrant workers in order to win permanent protection, dignity and respect for all immigrants. Cosecha launched publicly in September with the Shut-Down at Trump Tower, and coordinated the 100+ universities that participated in #SanctuaryCampus Walkouts

Tweets showing the Day Without Immigrants

Okay last one cuz this guy honestly had me shook #DayWithoutImmigrants pic.twitter.com/7NsqeIJc51

Activists are blocking major intersection in #DC at U St NW and 14th St NW for #DayWithoutImmigrants pic.twitter.com/j23CIeBRUR

"Twas the #DayWithoutImmigrants when all through the school not a creature was stirring, not even a mouse" ???? pic.twitter.com/jndt1tC1Wm

It makes me happy to see that people are still staying strong and united during this time #diasininmigrantes #daywithoutimmigrants pic.twitter.com/hd8ZsiYhJk

This museum removed every piece of art created by immigrants amid the #DayWithoutImmigrants https://t.co/H3rQInbroK pic.twitter.com/qBphVOLIZM