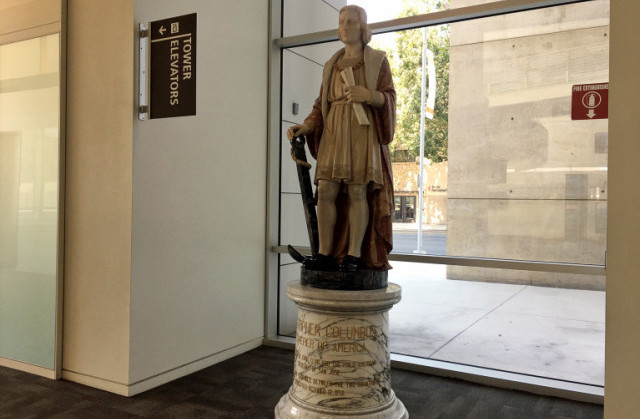 Multiple Cities Call For End To Celebration Of Columbus

San Jose, CA – A battle is brewing inside San Jose City Hall to remove a statue some say represents violence and genocide. The San Jose Brown Berets last week launched a petition to remove the Christopher Columbus statue from the City Hall lobby, its home since the East Santa Clara Street building opened in 2005.

“That part of history was written in my people’s blood,” said Peter Ortiz, 27, a labor organizer, trustee at Mount Pleasant Elementary School District and co-chair of the Brown Berets. “Christopher Columbus didn’t just come here with nuts and berries for my ancestors. There was rape and genocide.”

The statue was donated to San Jose in 1958 by the Italian-American community. It was displayed in the old City Hall for decades before being moved to the new building. But in 2001, a man smashed the controversial Italian explorer’s face with a sledgehammer, while shouting “Murderer!” and “Genocide!”

The vandal, James Michael Cosner of Santa Cruz, was arrested and forced to pay for the statue’s restoration — around $66,000.

Columbus, who had set out to establish a western trade route to Asia, has been celebrated as the first European explorer to introduce Europe to the Americas. But he has drawn criticism for his harsh treatment and enslavement of indigenous people.

“No person in history is perfect — everybody has some flaw,” said former San Jose Councilman Pierluigi Oliverio, who’s running for county supervisor. “But ultimately it’s the history of how the civilized world expanded.”

Mayor Sam Liccardo, who is also Italian, said he doesn’t “spend a lot of time thinking about where statues should go” and supports more “concrete actions” to promote racial equality and immigrant protections.

The fight over San Jose’s Columbus statue comes amid a national debate over monuments to historic figures some see as unworthy of honor. Monuments of Confederate leaders around the country have come under fire as racially insensitive and an inspiration to white supremacists. Columbus monuments too have come under fire: A Columbus statue in Houston was defaced Friday. Organizers are demanding a statue be taken down in downtown Columbus, Ohio, and a Columbus monument in Baltimore was smashed Monday morning.

Ortiz said his group is willing to work with the city to find a better place for the statue.

“Every time I walk into the City Hall, it’s like a slap in the face,” Ortiz said. “We aren’t trying to offend anyone, we are just trying to advocate for the unheard voices of our community.”

Councilman Raul Peralez‘s office is working on a formal resolution to remove the statue.

But Oliverio said if San Jose gives Columbus the boot, it should look at each piece of public art citywide. “I’m much prouder of the Columbus statue than the Quetzalcoatl in Cesar Chavez park, which looks like a turd.” 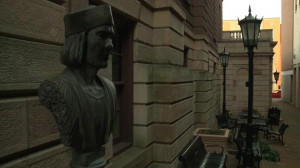 LANCASTER, Pa. — A group is calling for a statue of Christopher Columbus in Lancaster to come down.

They appealed to Lancaster City commissioners on Tuesday night.

“I ask that steps be taken in the spirit of love and unity to remove this statue from our public ground,” said Edward Woestman.

One of the leaders of the group said the national push for Confederate monuments to come down inspired them to take action.

The city council explained that it does not have the authority to remove the statue. It is on county property.

The group said it plans to take up the issue with the county. 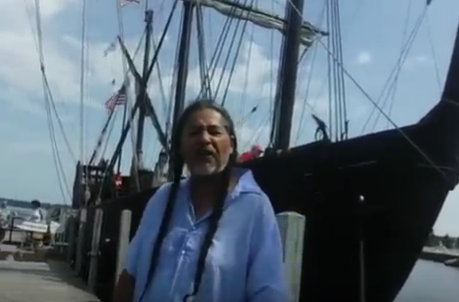