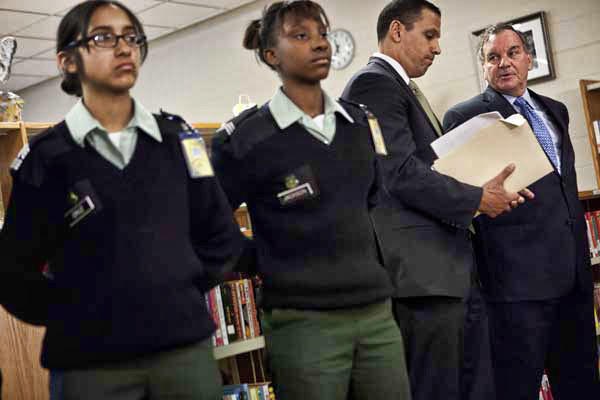 On the UN’s International Day of Peace

SAN DIEGO AND SAN FRANCISCO  (September 21, 2014) – Nearly fifty educators, writers, and prominent activists on the United Nation’s International Day of Peace have signed on to a national call to save civilian public education. From Noam Chomsky to Amy Wagner of New York City’s YA-YA Network (Youth Activists-Youth Allies), signers are seeking to draw attention to developments in the educational system that could have disastrous long-term social and political consequences.

The national call introduction states:
Over the last several decades, the Pentagon, conservative forces, and corporations have been systematically working to expand their presence in the K-12 learning environment and in public universities. The combined impact of the military, conservative think tanks and foundations, and of corporatization of our public educational systems has eroded the basic democratic concept of civilian public education. It is a trend that, if allowed to continue, will weaken the primacy of civilian rule and, ultimately, our country’s commitment to democratic ideals.

The National Call suggests actions for foundations, organizations and individuals to take to implement the call. The campaign will run through the year, joining in on the International Week of Action for Military-Free Education and Research, October 25-31, sponsored by the Countering the Militarization of Youth project (http://www.antimili-youth.net/).

For publication purposes, the complete text of the National Call to Save Civilian Public Education can be requested in Word or plain text format

To read the full text with links to actions you can take, click here: National Call-Save Civilian Public Education-9-21-14