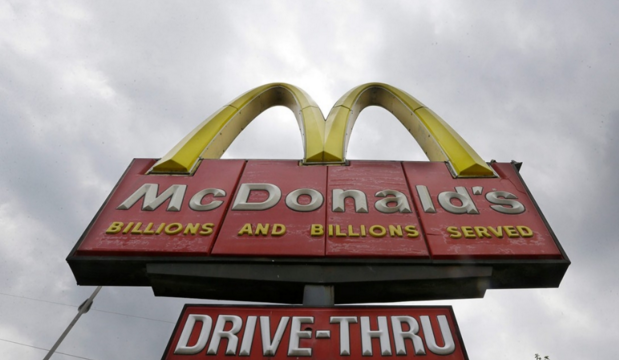 Current and former McDonald’s workers who accuse the fast-food giant of illegal union-busting will get their day in court on Monday, when an administrative law judge is expected to begin hearing arguments in a major unfair labor practice suit.

The Obama administration’s National Labor Relations Board (NLRB) will represent the workers in a case that could have wide-ranging consequences for the McDonald’s franchising model.

The plaintiffs are closely affiliated with the Fight For $15 campaign, which over the past three years has carried out a series of nationwide work stoppages and protests aimed at the fast-food industry. They say that McDonald’s franchisees threatened, spied on, and in some cases fired workers because of their organizing activities.

But it’s not just the franchisees that are in the hot seat. In December 2014, the NLRB’s general counsel sided with the workers in the suit and declared that McDonald’s Corp. itself was jointly responsible for the alleged mistreatment. Both the franchisees and the corporate giant itself are “joint employers” of the workers, the NLRB said, and therefore jointly responsible for any alleged unfair labor practices.

“McDonald’s is not a consultant to its franchisees, as it sometimes claims,” David Dean, a private attorney representing some of the workers, said Thursday during a conference call with reporters. “It can’t be fired. McDonald’s is the boss, and it shouldn’t be hiding behind the franchisees.”

McDonald’s maintains that its franchisees are independent small businesses, and that the corporation itself does not share legal responsibility for labor practices with the restaurants that just happen to license its brand. In a 2014 response to the NLRB general counsel, McDonald’s said that an attempt to tag it with the joint employer label would “strike at the heart of the franchise system.”

Depending on the outcome of the case, McDonald’s and similar franchising corporations could be held responsible for ensuring compliance with labor law among all of their franchisees in the future. Industry groups such as the International Franchise Association argue that this would mean forcing small franchise owners to sacrifice a great deal of autonomy to corporate franchisors; labor activists say it would mean holding corporations accountable for the power they already wield.

But if McDonald’s is considered an employer of workers at its franchises, it could have deeper long-term implications: It could set the legal ground for workers to eventually bargain directly with the corporation.

Catherine Ruckelshaus, general counsel at the National Employment Law Project, said franchising is just one of several different models employers use to outsource liability for poor working conditions. She cited subcontracting as another means by which corporations suppress wages and compromise labor rights while evading accountability.

The McDonald’s suit and the Browning-Ferris case represent a concerted effort by the Obama NLRB to push back against what David Weil, head of the Labor Department’s wage and hour division, has called “the fissured workplace,” a set of business practices that include franchising, subcontracting and other forms of labor outsourcing.

While a ruling against McDonald’s in the NLRB suit could have broader implications for franchising and the fissured workplace, attorneys representing the workers were careful to emphasize their contention that the corporate giant exercises more control over its franchisees than most other companies that adopt the model.

“It’s not, as many management attorneys would have you believe, about attacking small businesses,” said Gwynne Wilcox, one of the attorneys, “or even any other company than McDonald’s.”