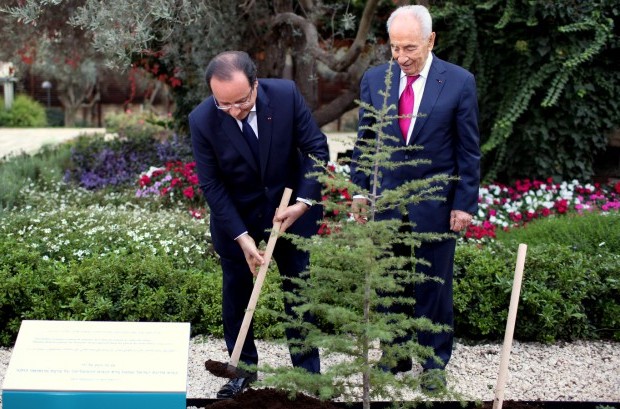 The group’s 501(c)(3) classification, a valuable asset for charities in the United States, not only exempts it from taxation, but also lures donors with the prospect of breaks on their own taxes.

But unlike most charities, the JNF is “responsible not only for the past displacement of Palestinians, but the ongoing displacement of Palestinians and discrimination against Palestinian citizens of Israel, especially the Bedouin in the Naqab,” Kristin Szremski, media and communications director of American Muslims for Palestine and a member of the Stop the JNF Campaign Coordinating Committee, which supported the filing, told MintPress News.

The JNF, one of Israel’s “national institutions” ostensibly existing in the private sector, but performing a range of governmental functions, owns 13 percent of the land within Israel’s 1967 borders.

72 percent of this territory was acquired after the ethnic cleansing of hundred of thousands of Palestinians in 1948, and often consists of the forested ruins of their depopulated villages.

JNF representatives also hold six of 13 seats on the Israel Land Council, which manages both JNF property and a further 80 percent of Israeli territory owned directly by the state.

The JNF’s charter, dating to the Fifth Zionist Congress in 1901, designates the group “the Jewish People’s trustee of the land, initiating and charting development work to enable Jewish settlement from the border in the north to the edge of the desert and Arava in the south.”

Accordingly, it reserves lands under its control for Jews of any citizenship, while denying them to Palestinian citizens (who comprise 20 percent of Israel’s population), Palestinians under military occupation in the West Bank and Gaza Strip, and Palestinian refugees forced to evacuate at gunpoint.

‘Responsible for the ethnic cleansing of Palestine’

The discriminatory nature of this land regime, which controls an overwhelming majority of the state’s territory, along with the JNF’s support for settlement expansion in the occupied West Bank, puts it afoul of both U.S. policy and international law, critics say.

“The JNF’s activities are directly contradicting official U.S. policy when it comes to settlements,” Suzanne Adely, a member of the NLG’s International Committee, told MintPress. “U.S. administrations since Johnson have deemed settlements to be illegal and an obstacle to peace.”

Investigative journalist Raviv Drucker has documented millions of dollars spent by the JNF on over a dozen settlement projects, illegal under a broad international consensus.

But the group’s role in the violent displacement of Palestinians stretches much further back, to the “village files” its staff compiled on Palestinian society during Ottoman and British rule.

Zionist militias, and later the Israeli army, would use this intelligence to force hundreds of thousands of Palestinians to flee their homes, many of which became the sites of JNF forests and parks.

No Palestinians have ever been compensated for the seizure of their land by the JNF or the Israeli state.

‘Solely for the Jewish people’

According to the NLG’s challenge, the JNF “enables, subsidizes and facilitates the forced population transfer of Palestinians throughout Israel and the occupied Palestinian territory (OPT); destruction and confiscation of Palestinian agricultural land; and settler violence against Palestinian populations.”

“Additionally, JNF has allocated thousands of dunams of land for illegal Israeli settlements.”

A dunam is a measure of land used in Israel and elsewhere in the Middle East, roughly equivalent to 900 square meters.

After tracing the JNF’s involvement in these facets of the colonization of Palestine, it concludes that the group is not entitled to tax-exempt status because it “is not organized or operated for a charitable purpose,” but rather “a racist and discriminatory” one, including “a discriminatory agenda in Jerusalem,” where its involvement in ongoing settlement is the most active, and “because its activities violate U.S. public policy on Israeli settlements in the occupied Palestinian territory.”

The document also traces the JNF’s use of “subsidiary organizations to carry out many of its settler-colonialist activities,” particularly those likely to draw the most ire abroad.

According Seth Morrison, a former JNF board member quoted in the challenge, who resigned to protest the group’s discriminatory policies, “The JNF has gained ownership of other Palestinian homes in East Jerusalem and, in many instances, then transferred these properties through its subsidiaries to Elad, a settler organization whose purpose is to ‘Judaize’ East Jerusalem.”

‘Displacing the Palestinian population without consequence’

Also on March 30, Adalah: The Legal Center for Arab Minority Rights in Israel released a new reportdocumenting the latest discriminatory land and housing measures used against Palestinian citizens by the JNF and its state partners.

The transparency of the JNF’s discrimination, largely consisting of official policies on the public record, will lend the NLG’s challenge weight, its drafters hope.

“The challenge puts forth well researched facts, from Israeli and other sources, that the JNF is violating tax exempt policy and has been for a long time,” Adely said. “The NLG filed the challenge to support a broader mass mobilization of community groups.”

But the effort faces the challenges posed by the government’s seemingly limitless support for Israel, despite its own official policies.

“The real U.S. policy is to allow Israel to continue displacing the Palestinian population without consequence,” Adely said. “The U.S. continues to act as Israel’s biggest ally because it serves U.S. interests in the region.”

In addition to AMP and the Stop the JNF Campaign, the challenge is supported by other grassroots organizations like the US Palestinian Community Network, the US Campaign to End the Israeli Occupation, and Fallen Donors, a network of former JNF supporters.

Many of them, Szremski said, “were raised on the idea that the JNF made the desert bloom,” often putting coins in the signature blue collection boxes commonly found in Jewish institutions.

In an online statement, the USPCN, a national Palestinian organization, called on its supporters to sign a petition in support of the challenge, and to consider other actions as part of the campaign.

The filing on March 30 marked both the anniversary of the 2011 launch of the Stop the JNF Campaign and the 40th Land Day, an annual commemoration of the deaths in 1976 of six Palestinian citizens of Israel who were killed by the state while protesting its expropriation of over 5,000 acres of land.

The general strike that culminated in their shootings by Israeli forces, the first mass mobilization by surviving Palestinian citizens since the ethnic cleansing of 1948, is remembered as the start of an organized effort to resist further displacement.

The date “was a symbol, obviously,” Szremski said. “Palestinians lost their lives defending their land from being confiscated from them.”

“This is an extremely important campaign,” she added. “The goal is to raise awareness of the JNF, and to get the complaint investigated. Even that would be a huge victory.”