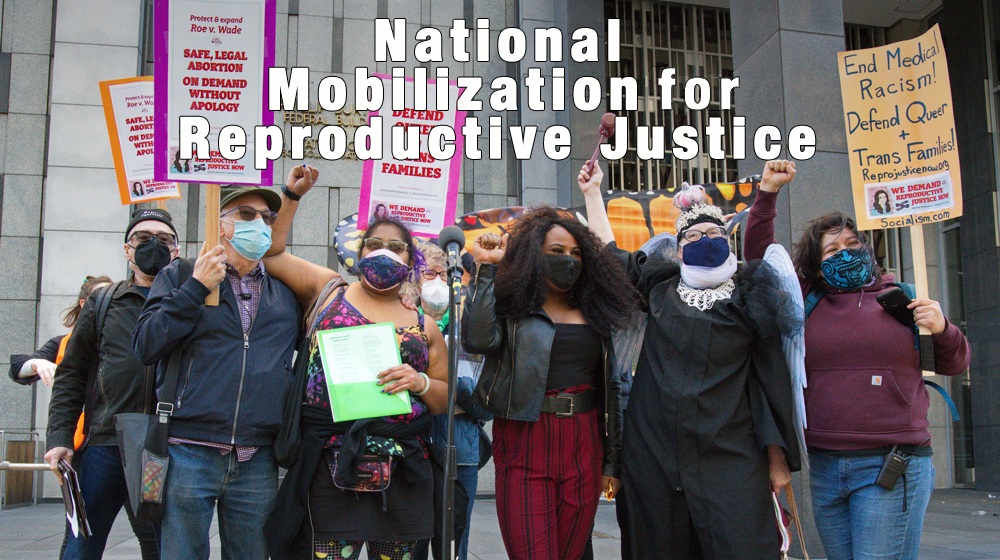 Radical Women joins the chorus of outraged abortion rights supporters responding to the leaked draft Supreme Court decision on the Dobbs v. Jackson Women’s Health Organization case out of Mississippi. This unprecedented pre-release of a court decision confirms the reality that Roe v. Wade could be fully overturned in coming months. Clearly women’s lives and bodily autonomy have no value in the eyes of the majority of high court justices. However, this fight is far from over.

The leaked decision confirms what Radical Women has assumed to be true, that the conservative Supreme Court is poised to rule against women and all pregnant people’s right to control their reproduction and lives. Now is the time to hit the streets and put pressure on the justices with the message “They strike Roe? We say no!”

Radical Women members around the country are organizing and participating in protests today. People who can’t march, are invited to express their thoughts by writing to the U.S. Supreme Court at https://www.supremecourt.gov/contact/contact_pio.aspx

The National Mobilization for Reproductive Justice was initiated by Radical Women last year. It has been organizing in several states and gearing up for “day of decision” demonstrations for when the Supreme Court ruling is released. We stand together around a strong set of demands that reflect the whole spectrum of reproductive justice, from ending forced sterilization and overturning the Hyde Amendment, to guaranteed affordable childcare and accurate sex education. Mobilization participants including feminists, unionists, people of color and LGBTQ+ activists.

National and local activities, the full set of demands and endorsers, and information about the National Mobilization for Reproductive Justice are posted at www.ReproJusticeNow.org.

What we call for:

Add your organization as an endorser and add events to the calendar by contacting RadicalWomenUS@gmail.com or 206-985-4621. Endorsement form.