Above: National Walkout Day protest over shootings in schools on one month anniversary of Parkland killings at Georgetown University. By Nicholas Kamm/AFP/Getty Images. 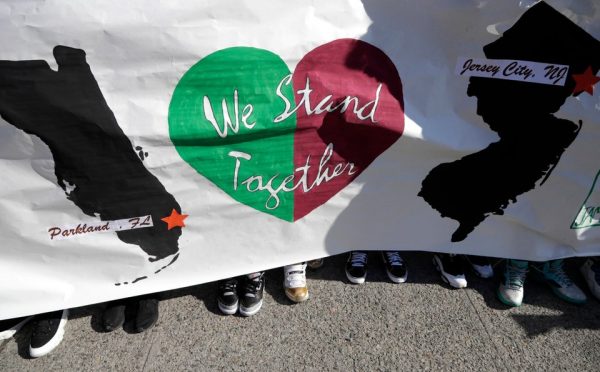 Wednesday, March 14, was one month after the Parkland school massacre in Florida. Students from more than 3,100 schools marked the event with a National Walkout day. Estimates are more than one million students walked out of their classrooms at 10:00 am.

Many students planned to walk out of class for 17 minutes — one for every person killed during the horrific mass killing. The students demanded gun law reforms to show solidarity with the students from Marjory Stoneman Douglas High School in Parkland, Florida where the attack occurred on Valentine’s Day. The protests took different forms at different schools. Some students organized a lie-in with participants simulating being dead, others marched while others held rallies. Some schools were supportive while other schools threatened to punish the students.

Below are tweets and photos reporting on the events. 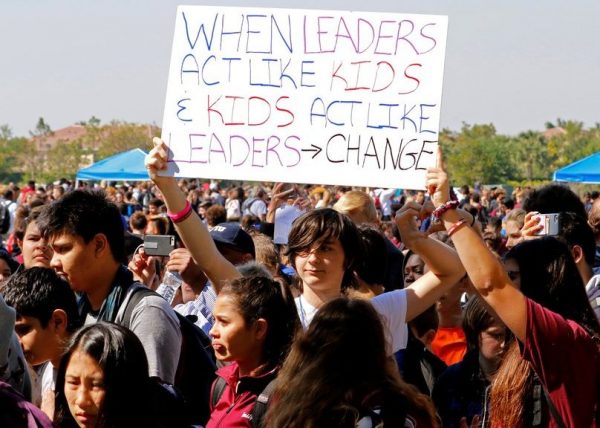 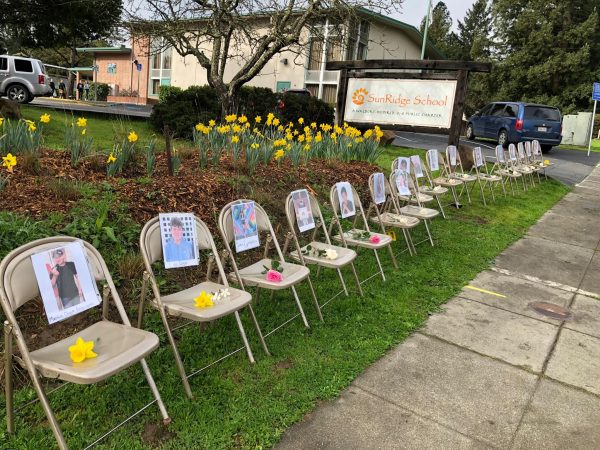 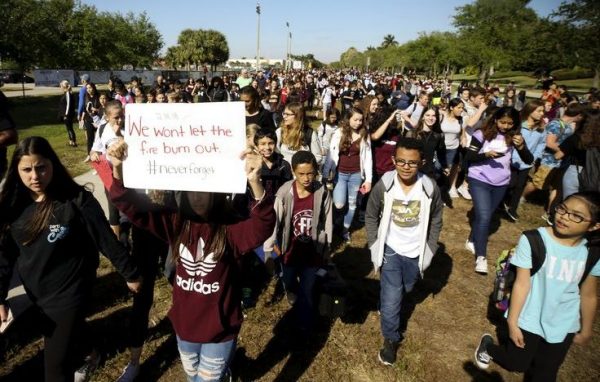 In Parkland, Florida the Westglades Middle School walked out. By Mike Stocker for the South Florida Sun-Sentinel and TNS via Getty Images.

National School Walkout Day in photos, from Parkland to London

we’ll be updating this post throughout the day ??????https://t.co/jfxaKvRaQT pic.twitter.com/oXWnYM7PmI 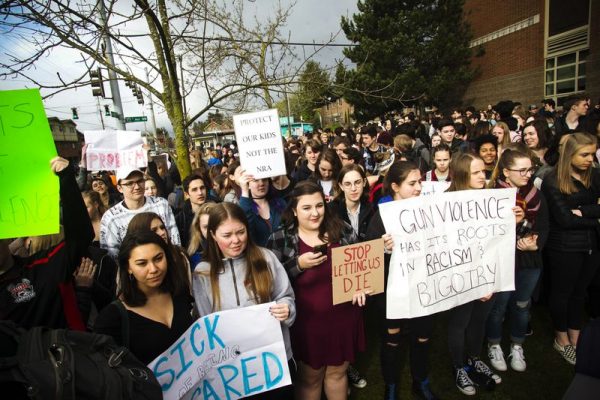 Hundreds of students walked out of Baltimore’s City College to demand action on the root causes of violence #goodkidsmadcity #bmorechi #povertyisviolence pic.twitter.com/hmwQqjAlF4 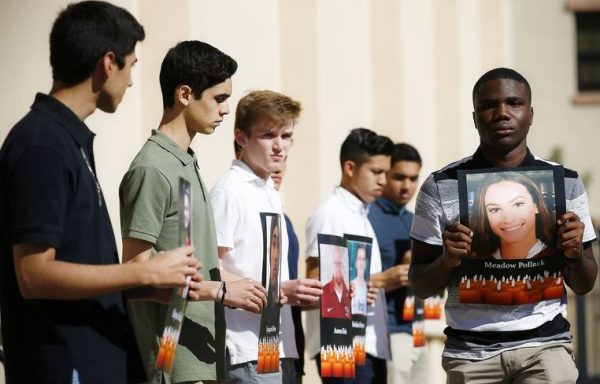 Students at more than 3,100 schools across the country organized walkouts today with one message: we have to stop the epidemic of gun violence.

I couldn’t be more inspired by or prouder of these kids. #NationalWalkoutDay https://t.co/ROmkJkWE50

Today, teen reporters from 15 schools across the country in our network of Student @ReportingLabs participated in National Walkout Day. From Florida to California, dozens of students captured what their peers feel is an important moment in the movement against gun violence. pic.twitter.com/DxhMDp93Yx

Students across the country protested on Wednesday to support victims of gun violence — here are the most incredible photos from the National Walkout Day https://t.co/KNPnzILAfM pic.twitter.com/FsmOPrePnK

@Emma4Change we live in such a broken society. i participated in national walkout day today at my school to remember the 17 victims and peacefully protest for the reform of current gun laws and my school SUSPENDED me and 36 others for it pic.twitter.com/m1JBNewLY0

364 ribbons handmade for my daughter’s National School Walkout Day. Working toward 500 but ran out of ribbon! She is the social media coordinator for her school and decided to make these for it. Very proud of her and the young people of America standing up for their rights. pic.twitter.com/LevHIcjBbn

As part of National Walkout Day, students from Miami Dade College and New World School of the Arts gathered at Wolfson Campus to call for more strict gun laws. For 17 minutes, they stood in silence as a tribute to the victims of last month’s Parkland shooting. pic.twitter.com/VPRwx7zjIb

Thanks @tfurlong and @NBCPhiladelphia for using the footage my students shot today at our National Walk Out Day walk out. Glad to see their hard work recognized. #jerdchat #proudteacher pic.twitter.com/TIZ2TqvKvr 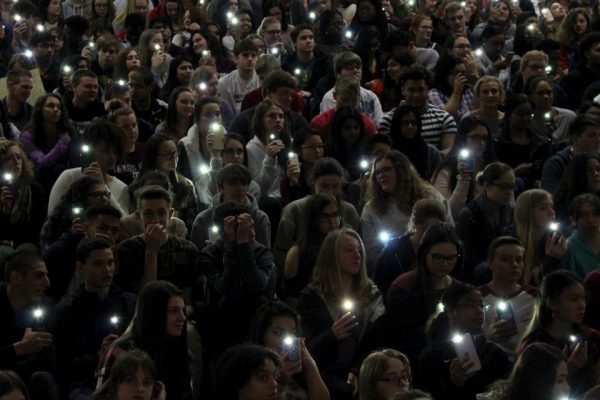 A vigil in Allentown, Pennsylvania to remember those killed in Parkland, FL. Michael Rubinkam/AP