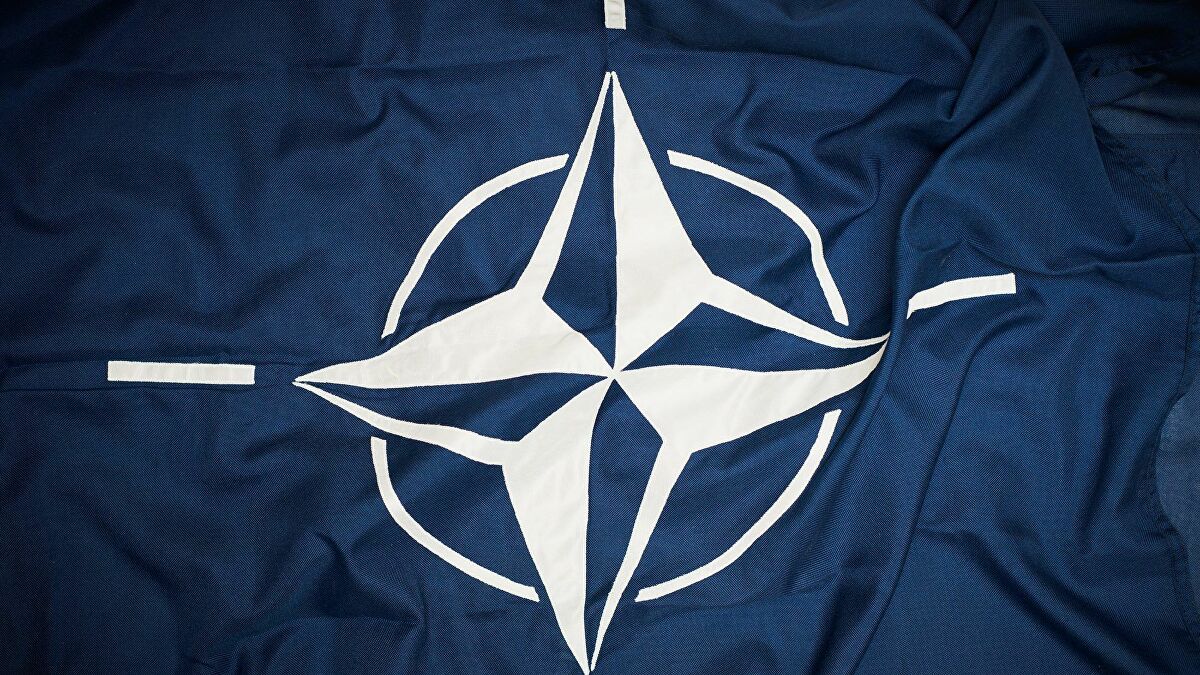 The Biden administration should be massively boosting its funding to opposition groups in Belarus while increasing sanctions on the country in order to force out the current government, according to a discussion hosted by the highly influential Atlantic Council.

Kayla Popuchet is minoring in Slavic studies as part of her education in Latin American and Eastern European politics at City University of New York. Popuchet, who is also a regular contributor to Anticonquista and a New York City Housing Court Specialist, recently attended an online meeting about Belarus organised by the Atlantic Council, widely regarded as NATO‘s unofficial think tank.

Popuchet explains that the policy recommendations proposed by the attendees, which included key advisors to Belarusian opposition figure Svetlana Tikhanovskaya, are designed to “force regime change” and impose the West’s preferred candidate onto the people of Belarus.

Sputnik: The Atlantic Council recently organised an online discussion entitled Biden and Belarus: A Strategy for the New Administration. Who were the key figures at this event?

Kayla Popuchet: First, let us make it clear exactly what the Atlantic Council is. This is a Euro-American think tank born in the 60s, continuing the mission of NATO. The Atlantic Council receives its funding from international billionaires like Adrienne Ascht, multi-billion dollar companies like Goldman Sachs, Facebook, and Google, as well as the Rockefeller Foundation and the JP Morgan Chase Foundation, to name just a few.

(T)heir membership contains some of the world’s most powerful Western (figures) like former US Secretary of State Madeleine Albright, ex-Secretary General of NATO Lord Robertson of Port Ellen, and Chairman of Fox Corporation Rupert Murdoch. Of course that means there will be a particular agenda set forth by this think tank, one that promotes Western hegemony and a unipolar world.

Among the panellists were Atlantic Council’s Melinda Haring, Senior Fellow and economist Anders Aslund, Former Ambassador to Ukraine and Uzbekistan John Herbst, Former Deputy Secretary General of NATO Alexander Vershbow, and Svetlana Tikhanovskaya’s International Affairs Advisor Valery Kavaleuski. Collectively, these are people who have spent the last decade pushing forth regime change policies and hyper-privatisation all throughout the post-Soviet space at the expense of post-Soviet people.

Sputnik: What exactly were the arguments and policy suggestions being put forward by the attendees?

Kayla Popuchet: While many of the panellists echoed identical sentiments in what US President Biden and his administration should set forth, Former Ambassador John Herbst laid out the Atlantic Council’s policy recommendation plans:

1.     Organise the US government to control the opposition movement by adding a Senior Organiser position to manage and re-impose/unsuspend sanctions against Belarus, and appoint a Senior Official to manage assistance to the opposition.

2.     Recognize Tikhanovskaya’s position as the true leader of Belarus and de-legitimising Belarusian President Lukashenko by sending the newly appointed US Ambassador to Belarus, Julie Fisher, to Vilnius instead of Minsk.

Sputnik: Were there specific policies that really stood out?

Kayla Popuchet: Melinda Haring also expanded on the recommendations, stating that the United States should increase its funding of Belarusian opposition initiatives from its current $60 million to $200 million. When asked by an audience member where she got this $200 million figure, she explains that this figure comes from Belarusian activists. She breaks down the necessity for the increase to support civil society i.e. Belarusian opposition bases and events, support for opposition media, to counter internet censorship and repressive surveillance technology, support solidarity funds and lastly to support the Belarusian language and identity.

The Opposition, of course, have a different idea of what this definition of the Belarusian identity is as opposed to the Belarusian government which highlights Belarusian victories over fascism and their development through the Soviet Union.

Many of the leaders of the Belarusian Democratic Movement, like Tikhanovskaya’s International Relations advisor and Atlantic Council Fellow Franak Viačorka, are blatantly anti-communist and ultranationalists. This should be obvious as the flag they sport as the national Belarusian flag was the same flag of the Belarusian Central Rada, the puppet government during Nazi Germany’s occupation of the country. There was, however, a slight disagreement between Aslund and Kavaleuski.

Aslund advised the US government not to sanction Belarusian companies directly but instead Russian companies. He warned that sanctioning Belarusian companies would lead to Belarus becoming more economically dependent on Russia. He says “we want Belarus integration with the West, not the opposite”. Kavaleuski countered that this argument has long been President Lukashenko’s tactic to avoid Western sanctions and that Belarus is already pro-Russia.

Kavaleuski also alleges that the majority of Belarusian citizens support sanctions. No evidence of this could be found nor was any source mentioned. Aslund then offered to sanction “hundreds” of Belarusian officials and even low-ranking government employees instead of sanctioning Belarusian companies.

Aslund claimed that “the aim of the sanctions is to put sufficient pressure on Belarus so that Lukashenko has to go, this is a really regime change group of sanctions”, hoping that sanctioning low-ranking employees would force them to renounce support for Lukashenko.

Sputnik: How would you assess the nature of these policies and their consequences if implemented?

Kayla Popuchet: As Aslund himself says, these measures exist entirely to force regime change onto a sovereign nation. The Atlantic Council’s mission is to force US control of the Belarusian movement with the aim of overthrowing Lukashenko while at the same time stating that this is to respect Belarusian sovereignty. They do not respect sovereignty nor the self-determination of the Belarusian people, they simply wish for the West to install them as the owners of the nation.

Additionally, by what right does Tikhanovskaya have to claim authority of the nation? She has been chosen as the West’s darling of the Belarusian opposition just as Juan Guaido had been selected for Venezuela despite losing popular support even in the opposition. They speak and act as though the Union State [an agreement made between the Belarusian President Alexander Lukashenko with former Russian President Boris Yeltsin on the political, social, and economic integration between their two nations] between Belarus and Russia is non-existent, warning of Russian influence while in the same breath demanding the US to manage and fund their movement.

While in this panel, they centred on what the US  under President Biden should do for Belarus, we should not forget that Tikhanovskaya supported the Reanimation Package of Reforms8 for Belarus which explicitly laid out their plan to introduce neoliberalism. She supported this until the advice, as we heard on this panel, would threaten the Union State and [provide fodder for] the Lukashenko government’s claims about Tikhanovskaya.

The efforts here are in part promoted by the comprador and liberal-nationalist sector of the Belarusian movement, but also pushed by imperialists who work closely with the US government. If the Biden administration takes on the Atlantic Council’s recommendations at any point, not only would this cause a significant strain and divide Belarus further, but this would escalate tensions between the US and Russia that are already strained as it is.

Sputnik: If the US is attempting to promote democracy, isn’t that a good thing?

Kayla Popuchet: Their idea of “democracy” does not take into account the needs of the working-class in every nation the US “brings democracy to”. Like in Ukraine, Chile, and Iraq, the rich have gotten richer and the poor get poorer.

The United States is incapable of maintaining democracy in its own country as we have seen throughout our history of gerrymandering districts to silence opposition, our own political prisoners like Leonard Peltier or Mumia Abu-Jamal, our two-party system in which both parties are more similar than they differ, or our infamous electoral college policy that quite literally makes a popular vote virtually irrelevant. Perhaps the Belarusians too would like to experience curfews and state repression for protesting against state sanctioned violence.

The United States, and Europe, are symbols of bourgeois democracies, systems where the rich have the largest say and sway while the majority of the country, who are working-class, are kept out of meaningful power and influence.

What does it mean for a foreign nation to “bring democracy” to another nation while simultaneously deciding who is going to take over as president of said nation? This is imperialism, this is a blatant disregard for self-determination and sovereignty. I still wonder when the United States has ever actually promoted a popular democracy that resulted in peace and stability for the nation. Certainly not in Honduras after the 2009 coup or the 2011 coup in Libya, both of which occurred during the Barack Obama administration whilst Biden was Vice President.

Sputnik: Why should the average person in Europe or the US care about the types of policies discussed during the meeting?

Kayla Popuchet: The fact is, every dollar that the US spends to seek control in foreign nations and overthrow their elected governments to replace them with a US stooge comes at the expense of the US worker. And make no mistake, every US company and billionaire that would profit off of the expansion of US markets exploits US workers everyday here and will do the same to the Belarusian working class.

The Belarusian opposition is in full alignment with the very same leaders and capitalists that perpetuate austerity in our country, for this we should be weary of them for what they’ll do to Belarus and how they regard us. If we are concerned about human rights and respect for a nation, we should let them decide their future organically and not impose our interests over them. Belarusians are intelligent people with a revolutionary history and are able to make their own decisions for their nation and much to Tikhanovskaya’s chagrin, they haven’t all chosen her yet.

The opposition claims Belarusians are united, but this is what they say to their Western sponsors who fear another Maidan, but the truth is that the opposition has actually lost support in Belarus since August 2020, having minimal support in universities and tech companies. The opposition is no longer asking for Belarusians to choose them, now out of desperation they’re asking the West to install them. Just as we Americans need to decide in the coming years what kind of ideology, what kind of nation we will continue to be, just as we want agency and the respect to decide our future, Belarusians deserve the same.