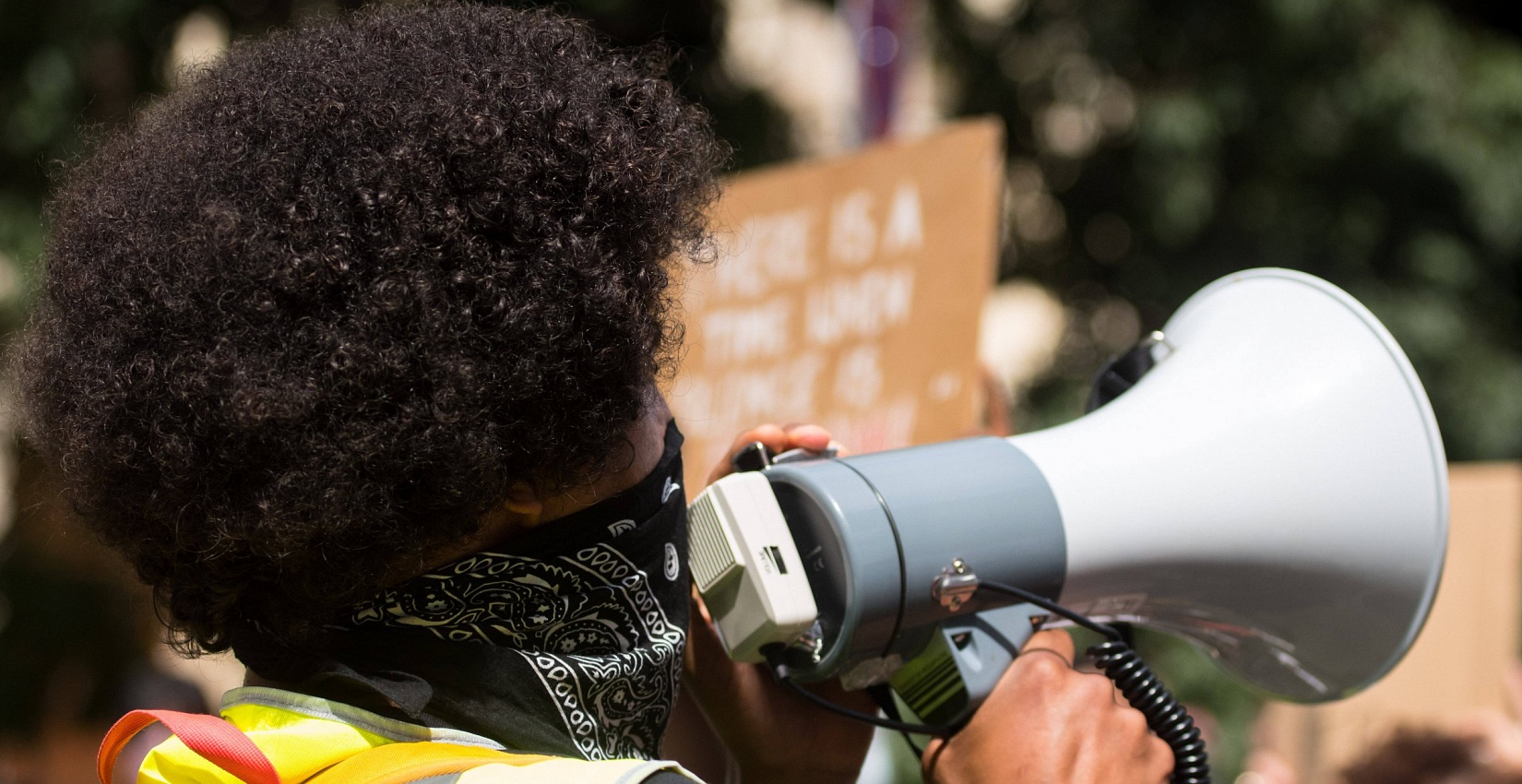 NATO, The Left, And The Path To Peace

If anyone tries to justify a monstrous and unnecessary human sacrifice on the grounds that it’s for the best, then they are measuring ‘good’ in dollars instead of bodies.

And they’re not part of the left, because the left stands for humans, not property.

Let’s think about the left’s place in the current events, and hope to shed light on what being ‘on the left’ actually means today, and why it is relevant to peace.

I’ll start with the trillion-dollar question: if NATO won, if the DPR and LPR forces surrendered, and if the Russian Army was driven back to the border, would the world be a better or a worse place?

This is a practical question. It can’t be resolved with abstract ideals or theories such as whether Ukraine has a sacred right to rule over the Russian speakers of the Donbass, or whether Russia is imperialist, any more than Palestinian rights can be settled by referring to the historical origins of the People of the Book.

The lives of millions, perhaps billions, are at stake. If the Russian army leaves Ukraine, they will all suffer and many will die. If your ideals tell you this is a good thing – if like Madeleine Albright, you can look upon the deaths of half a million children and say ‘it was worth it’, then your ideals are wrong.

And if your theory tells you to arm Ukraine to the teeth and give its fascists free reign to cleanse it of Russian influence, you’re free to say that (which is a lot more freedom than I get for opposing you), but you’re not part of the left.

Because if anyone tries to justify a monstrous and unnecessary human sacrifice on the grounds that it’s for the best, then they are measuring ‘good’ in dollars instead of bodies, and they’re not part of the left, because the left stands for humans, not property.

What will happen if the Russian army leaves?

First, there will be a bloody racial cleansing of a third of Ukraine’s territory where fourteen million Russian speakers live. You don’t need any elaborate analysis to see this; just look at what’s been happening for the past eight years when the Donbass has been under continuous military attack for no greater crime that demanding autonomy and standing up to murderers.

This is not the work of a handful of rightists; it is baked into the concept of nation which Ukraine’s rulers adhere to and NATO supports. Stripped of elegant excuses, this holds that being ethnically Russian is incompatible with Ukrainian nationality. This is a thoroughly racist notion; Azov merely enforces it by killing and torturing those who oppose it, for which they once got nods and winks but now get acclaim as national heroes.

That’s also why this war is not just an invasion but a Civil War. And this was inevitable given the national concept. Imagine if the USA were to ban Spanish. Or suppose Canada banned French, not even outside Quebec but in Quebec itself. The country would fall apart before you could blink.

But what about Russia itself? Would a NATO victory free it of the ‘Putin Yoke’? No: NATO wants to install a Western puppet who would sell off Russia’s resources to the highest bidder. To see this as liberation is to ignore basic facts.

When the Soviet Union dissolved, the average standard of living fell to one fifth of what it was and over three million people died. In World War II, over twenty million Soviet citizens died. That’s why Putin, and the conflict in Ukraine, has such wide popular support in Russia. A pro-Western successor could only rule by terror – like Zelensky, that great democrat who has banned eleven opposition parties and is busy jailing their members.

So what about the alternative?

Let’s use the right name: a NATO defeat. Russia’s enemy is not the people of Ukraine but NATO, which is fighting it to the last Ukrainian.

For NATO, the Ukrainian people are pawns. At stake is a deeply unjust world order that consigns four-fifth of the world to a status of economic slavery by denying the economic sovereignty without which self-determination is an empty slogan.

What exactly is so terrifying about a NATO defeat? NATO is the spawn of a parasitic financial-military elite that would rather destroy the world than surrender an ounce of privilege. The Western Left has opposed it for seventy years – in Vietnam, Latin America, the Middle East and Africa. Yet now it finally faces a setback large enough to reign it in, this same Left views the prospect with horror. Why?

Just look at what’s happening already. Provoked by the failure of US attempts to ‘asphyxiate the Russian economy’ by cutting it out of the world financial and trading system, this system is self-destructing.

This rids the financial-military elite of two weapons which have held back the global South for generations: US control of trade, and US control of finance.

The dollar monopoly of trade is disappearing, as alternative payment systems click into place. If completed, this would free countries to trade as they wish. The coercive power of sanctions would be limited to supplies of high-tech – a gap rapidly being closed by China’s remarkable advances.

The dollar monopoly of finance is also on life-support, as alternative regional blocs are built.
If completed, this would free countries of the neoliberal yoke. They would no longer be defenseless against smash-and-grab raids by rapacious Western investors whose only concern is to lay hands on their minerals, foodstuffs and cheap labor exports at minimum cost to themselves and with maximum damage to the planet and its peoples.

Countries would then be free to focus on the needs of their own people, on food security, and on economic and human development.

This would further deprive the authoritarian regimes of the South of two levers that keep them in power: access to Western finance, and the fear that Washington’s little enforcers will punish them mercilessly, if they do anything for their people.

Countries would then be free to choose leaders that respect the needs of the people instead of their corrupt elites.

If you need proof, just look at Latin America, as country after country boycotts a US “summit of the Americas” excluding Cuba and Venezuela. Look at the CELAC conference where Mexico’s Lopez Obrador openly advocated an independent economic and political union for Latin America and the Caribbean. Look at the reaction of China’s BRICS partners to Xi Jinping’s proposal that they not only expand their group but – I quote – “oppose hegemonism and power politics, resist Cold War thinking and bloc confrontation, and build a community with shared security for mankind together.”

Look at the volte-face of a US leadership which, finally addressing Maduro as “President”, has just now offered to begin lifting illegal and punitive sanctions it was using to starve the Venezuelan people into submission.

So finally, why does this call for a powerful left, and what should that left be like? Well, if you think the right is part of the answer, my suggestion you wait for Ted Cruz to endorse all this. It will be a long wait. That’s because for the right, fundamentally, money is more important than people.

This in turn helps us define what the left should be, which is actually the intention of its founders: an alliance between the working and poor people of all countries, based on the common needs of all humanity, not just one privileged part of it, and least of all on the racial fantasy that any one part of humanity is born superior to another.

Such a left, in the Western World, hardly exists. It has rotted from within under the Hubristic delusion that so-called “Western Civilization” entitles it to tell everyone else what to do. It has been sacrificed at that terrible altar where Mammon and Mars consummated their Union.
Peace calls for a global left, that truly represents the working and poor people of the whole world, recognizes all of them as genuine equals, and places their common rights, and their common needs, above those of property-owners and their profits.

Such a left is the only path to peace. Educated by the struggles our sisters and brothers of the South and the East, and in concert with them, let’s start building it