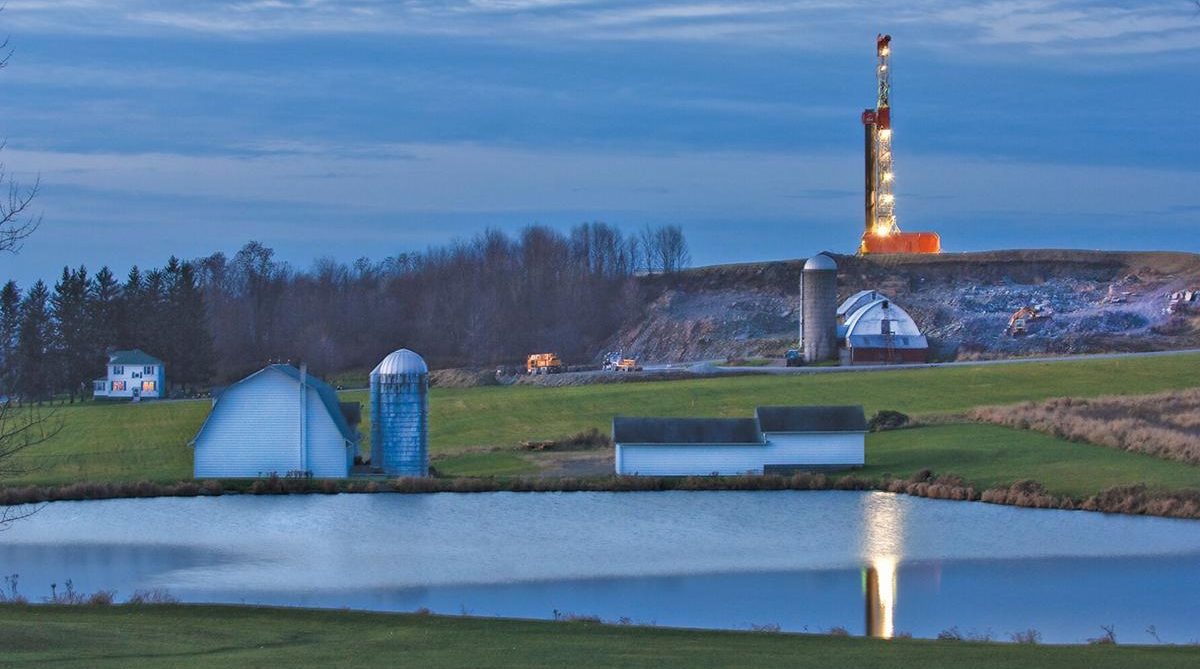 In a blistering report on Pennsylvania’s 12-year experience with hydraulic fracturing for natural gas, a special statewide grand jury said public health and the environment have suffered and the state’s environmental and health agencies, rather than acting as watchdogs, had a “culture of inadequate oversight.”

“When it comes to fracking, Pennsylvania failed,” said Pennsylvania Attorney General Josh Shapiro, who convened the Investigating Statewide Grand Jury that listened to scores of witnesses and reports of investigators over two years.

Shapiro said the state Department of Environmental Protection’s leadership has been “too cozy” with the hydraulic fracturing or “fracking” industry and the hands-off attitude was passed down to boots-on-the-ground inspectors.

“Regulators were supposed to prevent abuse by big corporations and level the playing field. But they didn’t,” Shapiro said at a June press conference in the state capital to release the 243-page report.

The grand jury, who listened to testimony from 30 current and former DEP employees with another 25 interviewed by attorney general investigators, decried the “revolving door” practice of the gas industry hiring away agency regulators. “If DEP employees know there may be a big paycheck waiting for them on an operator’s payroll, they may be reluctant, consciously or otherwise, to bring to bear the full force of the law,” the grand jury said.

The body also recommended that the attorney general’s office be granted the power to pursue criminal cases against gas companies because the DEP is not adequately doing that.

So far, as a result of the grand jury investigation, the attorney general has charged four gas companies or subcontractors with pollution violations. Range Resources, one of the first gas drillers to set up shop in Pennsylvania, pleaded no contest to charges of negligent oversight of its well sites in various parts of the state. Cabot Oil & Gas, another of the biggest players in the state, was charged with 15 environmental crimes, including the discharge of industrial wastes and unlawful conduct.

The jury also criticized the track record of the state Department of Health, notably for still concluding that, after 12 years, the health effects of fracking are still “inconclusive.” One former agency official said gas-related health complaints were shunted “into a proverbial black hole.”

The agency “did not collect data and do their jobs,” Shapiro said.

The Marcellus Shale gas boom in Pennsylvania has catapulted the state into the nation’s second-largest source of natural gas. Fracking has had support to varying degrees from three governors, as well as solid backing in the General Assembly.

Fracking involves drilling thousands of feet underground to reach previously inaccessible gas deposits. Water mixed with sand and chemicals is injected at great force to break up shale and release the trapped gas.

A well pad, along with other needed components such as an impoundment for wastewater, blenders, tanks and trucks are usually spread over about 5 acres.

In Pennsylvania, since 2008, about 12,400 gas-fracking wells have popped up in about half of the state, in the northeastern, northcentral and southwestern parts.

A majority of the wells have been on private land, but considerable drilling also is occurring under state lands. For example, the state has leased 673,000 acres in state forests and parks for fracking related activities. When Gov. Tom Wolf took office in 2015, one of his first acts was to ban any more state lands from being leased.

The Pennsylvania Game Commission, which is an independent state agency, has leased approximately 150,000 acres of game lands for fracking. Currently, 15 gas wells are in operation on, under or adjacent to state game lands and 930 acres of surface land have been altered.

During the investigation, the grand jury listened to 75 families who described living near drilling sites. They spoke of drinking well water turning into black sludge and children and adults having breathing problems, sores and stomach ailments. Farmers said livestock would become sick, sterile or even die. Some families spoke of pets becoming violently ill.

Others claimed air pollution was generated from nearby fracking sites. Parents testified that their children would wake up at night with severe nosebleeds and that windows had to stay shut.

“The public was harmed, plain and simple,” said Shapiro, who observed that the grand jury was given unprecedented access to health claims and that all sides of the fracking issue were heard during the probe.

The grand jury made eight recommendations to correct what they saw as failures of oversight and to protect Pennsylvanians:

Both the DEP and the fracking industry have pushed back against the grand jury’s findings and recommendations, dismissing the effort as sorely lacking in the understanding of current regulations and relying on unproven claims.

In a 56-page rebuke that the DEP insisted be added to the grand jury report, the agency said that the document “fails as an expose of a government agency ignoring its statutory duties and constitutional obligations” and “also fails as a meaningful tool for improving the regulation of the unconventional gas industry.”

The DEP said grand jurors were clearly hampered by not being given clear and accurate information on current regulations. The result, though well-intentioned, does the public a disservice, the DEP said.

The agency said it rose to meet a unique challenge with the advent of hydraulic fracturing for natural gas. Improvements have been made, based on science, and currently, “the oversight of this industry now in place is comprehensive, responsive and protective.”

The gas industry was even harsher in its criticism.

Many of the concerns and recommendations of the grand jury have already been addressed, the industry group said.

Pointedly, it was suggested that no member of the grand jury or Attorney General Shapiro had ever visited a well site or gas pipeline.

Gov. Wolf’s office blamed many of the grand jury’s concerns on his Republican predecessor, Tom Corbett, who accelerated fracking expansion in the state. The Wolf administration has worked aggressively to address the regulatory failures and now has in place rules “to hold natural gas companies to some of the most stringent environmental standards anywhere in the country in order to protect public health and the environment,” a spokesman said.

The Department of Health defended itself, saying, it too, has had to get rid of earlier barriers to transparency and even a former directive not to discuss complaints about fracking.

The agency noted that it has committed nearly $4 million for two new studies to see if fracking is causing cancers in children in western Pennsylvania, and it has set up an oil and natural gas registry that allows people to submit public health complaints.

But environmental groups who have fought against fracking for more than a decade were predictably pleased with the findings and felt vindication.

“This industry has blatantly run afoul of our laws, disrespected our communities and destroyed our natural resources,” said PennFuture president Jacquelyn Bonomo. She called the grand jury’s recommendations “a welcomed step in the right direction.”

The Clean Air Council said, “The grand jury’s report reveals the tragic consequences of our state’s hands-off approach to fracking.”

Addressing Wolf and the DEP, EarthWorks said, “More than a decade

into the fracking boom, they must finally reckon with the truth that so many have spoken for so long.” The group called for a freeze on oil and gas operations until safeguards are put in place.

The Better Path Coalition, a statewide coalition of groups advocating for renewable energy in Pennsylvania, went even further, calling for the resignations of the current secretaries of the DEP and Health, and for the state to declare a fracking ban.

Most of the grand jury’s recommendations would require initiative from state legislators. Though headline grabbing, it remains to be seen if the grand jury’s concerns will gain traction in the General Assembly.

Some key legislators quickly criticized the report. State Sen. Gene Yaw, majority chair of the Senate Environmental Resources and Energy Committee, said Pennsylvania has overregulated the fracking industry and the attorney general has rehashed claims that were repudiated years ago. “Pennsylvania’s natural gas industry is one of the most regulated in the nation,” he said. “It is absolutely embarrassing for a state, which is a world leader, to have such a short-sighted and myopic view of an industry of international importance.”

Yaw’s counterpart in the state House, Greg Vitali, called the report “problematic” and defended the DEP.

But in southern New York and northeastern Pennsylvania, the findings could bear on a debate on whether to continue to ban drilling. Since 2011, a de facto drilling moratorium has been in place by the Delaware River Basin Commission. But a group of Pennsylvania landowners have sued the commission, saying it exceeded its authority. The landowners seek a reversal of the moratorium.

In 2017, Maryland became the first state in which a state legislature banned fracking. In April 2020, Virginia legislators and Gov. Ralph Northam banned fracking east of Interstate 95.