The Navajo Tribal Utility Authority, which owns the solar plant, touted the project as a major clean energy advancement on a reservation long known for fossil fuel development.

A giant array of solar panels near the famed sandstone buttes of Monument Valley has begun producing electricity for the Navajo Nation at a time when the tribe is bracing for the loss of hundreds of jobs from the impending closure of a nearby coal-fired power plant.

The Kayenta Solar Facility is the first utility-scale solar project on the Navajo Nation, producing enough electricity to power about 13,000 Navajo homes.

The plant comes at a time when the area’s energy landscape is shifting.

The coal-fired Navajo Generating Station near Page is set to close in December 2019, leaving a site that both tribal and private entities say has the potential for renewable energy development.

Walter Haase, general manager of the tribal utility, said the plant proves to investors, developers and tribal communities that renewable energy projects are possible on the reservation.

Economic development often is hampered by the lack of infrastructure, required environmental clearances and consent from anyone holding a permit or lease for use of the land. 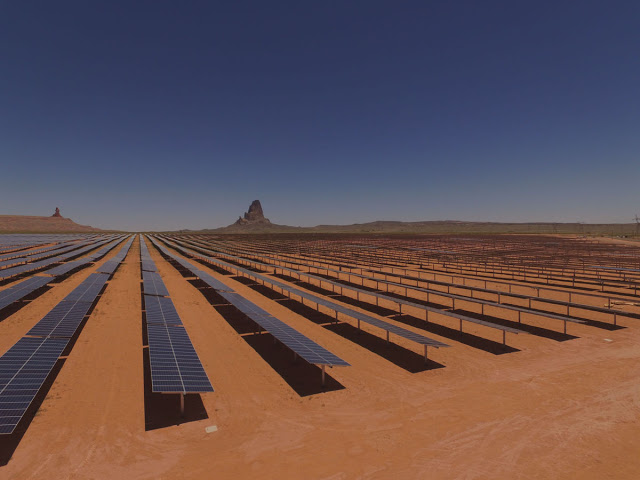 Before the solar facility, “we had a reputation in the industry of not being able to get something built or brought online,” Haase said.

The town of Kayenta benefited, too. The contractor hired and trained about 200 Navajos to build the plant, said Deenise Becenti, a spokeswoman for the tribal utility, leaving a qualified workforce for other projects. 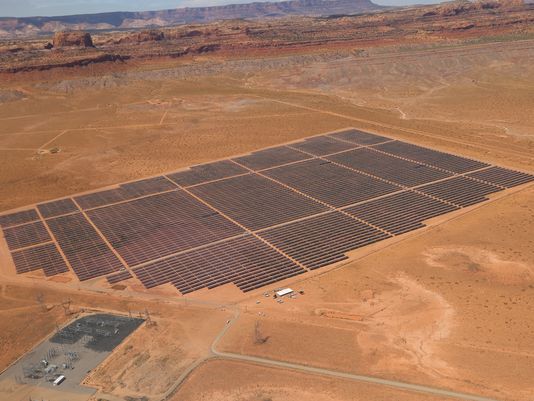 The tribal utility avoided passing on the $60 million cost of the solar plant to its customers through federal solar investor tax credits, said Glenn Steiger, project manager for the solar farm.

The tribal utility is working on extending the agreement.