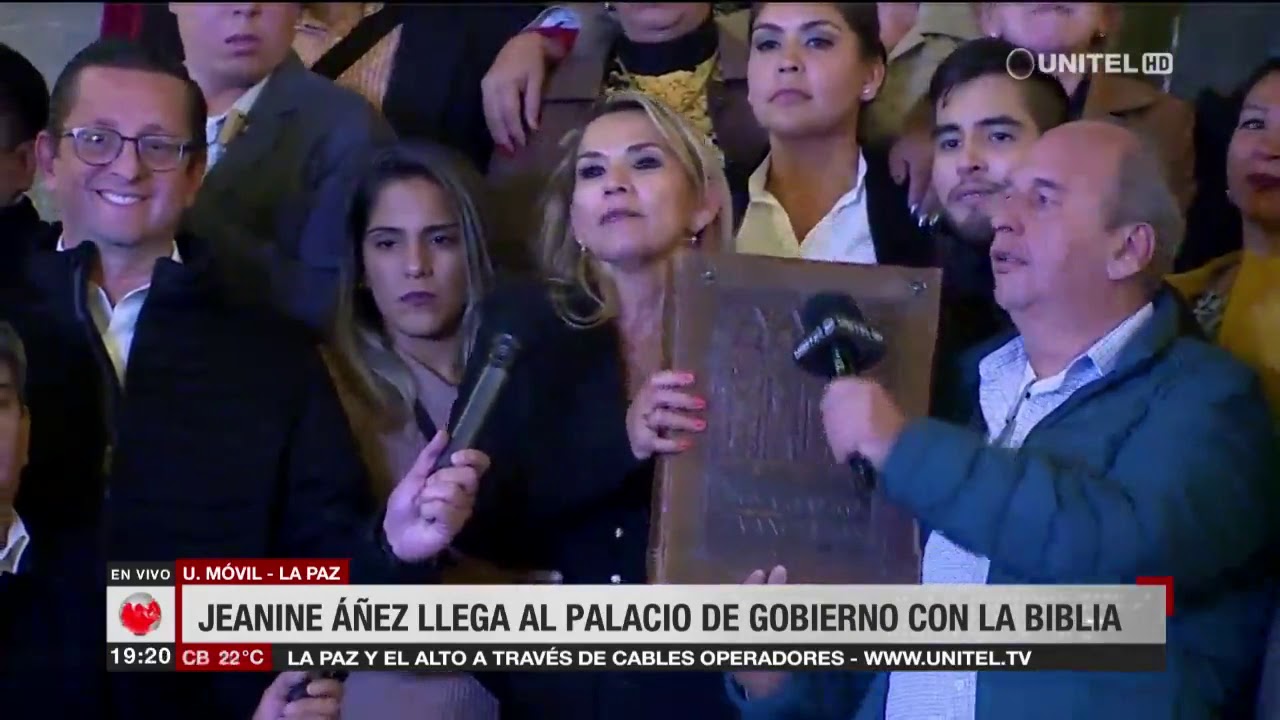 Neoliberalism And Evangelicalism Is Teaming Up To Remilitarize Latin America

Latin America appears to be in a state of chaos with a struggle emerging between the so-called independent socialist Pink Tide countries and the neoliberal conservative Blue Tide countries. Revolts against neoliberal policies have been seen in Chile and Ecuador and a coup has recently taken place in Bolivia. Latin America is certainly remilitarizing.

However, there is also a Great Power element to this, with the U.S. desperately holding onto its unilateral hegemony over what it considers its Latin American “backyard” in the face of growing Chinese and Russian economic and military interests in the Western Hemisphere. The struggle for power in Latin America is being fought by U.S. President Trump, guided by a type of neo-Monroe Doctrine that believes the region is in the exclusive U.S. zone of influence and with the backing of the powerful Evangelical Christian lobby.

The fierce fratricidal struggle in the U.S. in the face of the November 2020 presidential elections, affects the Latin American dimension because of the massive Latino population in the North American country – 55 million people in a population of 329 million – millions of them having dual citizenship, and many of them against Pink Tide ideology and wanting the removal of this system.

Therefore, Trump by necessity needs the support of reactionary Republican senators, particularly Marco Rubio of Florida and Ted Cruz of Texas, both with Cuban ancestry and known for their endorsement of coups and military intervention in sovereign Latin American states, like their parent’s birthplace of Cuba, as well as Venezuela.

The start of public hearings to impeach Trump and his re-election ambitions will have huge repercussions across Latin America. Brazil and Bolivia are experiencing an imposing remilitarization that bares resemblance to how most of the region was during the Cold War period – in the U.S. vision of neoliberal dictatorships. Unsurprisingly, this remilitarization of Brazil is being spearheaded by Evangelical Jair Bolsonaro, while in Bolivia it is also being spearheaded by Evangelical Jeanine Áñez.

In the case of Brazil, the biggest territorial, economic, demographic and military power in Latin America, 22 members of the Bolsonaro cabinet are from the military, including himself and his vice president Hamilton Mourão, a retired general. Brazil’s remilitarization is covered with a ‘democratic mask’ that is mixed with the Pinochet-style neoliberalism, led by Chicago-boy indoctrinated Minister of Economy, Paolo Guedes.

However, it is Bolivia that marks the paroxysm of remilitarization in Latin America. The self-proclaimed president Jeanine Áñez — aunt of drug dealing Carlos Andrés Áñez Dorado — was ‘elected’ without a quorum and enthroned by the military in flagrant form. She held the evangelistic Bible as her banner, in imitation of Bolsonaro.

The Evangelical strand of Christianity has a tendency to promote and defend the exploitative neoliberal economic system to the benefit of U.S. capitalism. In the midst of the struggle between capitalism and communism during the Cold War, the Soviet Union found that the Catholic Church’s Liberation Theology was an ally of Marxism, while Washington weaponized the Evangelical Churches conservatism as an agent to resist Marxism in Latin America. With the U.S. embarking on a campaign of imperialist expansionism, liberation theology – a syncretic of Catholic theology with socialist analysis of impoverished and exploited peoples in Latin America – became an immediate enemy to Washington’s hegemonic designs over the western hemisphere.

A 1969 memorandum addressed to U.S. President Richard Nixon, drafted by Republican US Vice President Nelson Rockefeller, a Baptist, said that “the Catholic church [in Latin America] has ceased to be an ally in whom the US can have confidence.” Rockefeller’s strategy was to counter the supposed Marxism of the Catholic Church’s Liberation Theology by sending out Protestant missionaries across Latin America to make local people more welcoming of U.S. capitalism and support local reactionary forces under the guise of Christianity.

Áñez and Bolsonaro are the by-products of this Cold War policy that has persisted into the 21st Century, nearly 30 years after the collapse of the Soviet Union.

One of the greatest geopolitical significance worth highlighting is that Bolivia has nationalized gas and is yet to privatize, if ever, the largest lithium reserve on the planet that is necessary for all high-powered battery-operated devices like smartphones and electric cars.

The coup came as two months earlier, Ivanka, daughter and ‘adviser’ of Trump, visited the province of Jujuy in Argentina on the border with Bolivia, to support the ‘lithium route’ with an investment of $400 million. The so-called ‘lithium triangle’ of Bolivia, Argentina and Chile concentrates 75% of the world’s lithium. The Bolivian military, led by U.S. trained officers, had to ensure that U.S. corporate interests were protected by removing Morales.

In Chile, the collapse of the neoliberal model has led to endless revolts that has not subsided after many weeks. This forced President Sebastián Piñera, a billionaire who made his fortune under Pinochetism, decreed a state of emergency operated by the military caste. The resignation of the Piñera cabinet and the promises of a new social pact and a new constitution has not satisfied the protestors who demand their resignation, which foreshadows ungovernability and an impending coup d’etat.

In Peru, President Martin Vizcarra dissolved the Congress and governs with broad support from his Army.

In Ecuador, protests forced a curfew operated by the Army in the capital Quito to support its repudiated president Lenin Moreno who had to flee to Guayaquil.

So far there is a squeezing axiom: the governments of Latin America, whether left or right in the anachronistic taxonomy, survive if they enjoy the support of the military – as are the cases of Nicaragua and Venezuela – or are overthrown, as is the case in Bolivia where the military and police forced the resignation Morales.

The case of Venezuela is unique: despite U.S. sanctions – which seeks to seize its oil, gold and thorium of the country – President Nicolás Maduro, successor to military officer Hugo Chávez, has been able to circumvent the uprisings and self-proclamation of Juan Guaidó as president, thanks to the support of the Army that has maintained its cohesion against U.S. destabilization efforts.

With a military man becoming president of Brazil, Morales removed through a military coup, the leaderships of Chile and Ecuador using their military to attack protestors, and Maduro being protected by the Venezuelan military, there is little doubt that Latin America has become a dangerous place and highly militarized – with Evangelical support. What cannot be denied though is that the U.S. has had a hand in every situation that has occurred in Latin America this year. Just exactly how this will affect the 2020 U.S. elections remains to be seen, but there is little doubt that this is a high priority area for Trump’s foreign policy and for the massive Evangelical support he enjoys.