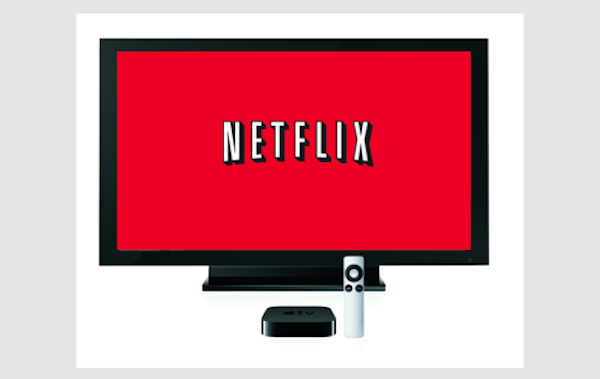 Net Neutrality Now A “Bandwagon”, Most Comments Ever!

(1) Reclassify as a Public Utility;

THE LEDE: Netflix is taking up the once-unpopular position that the federal government should consider regulating Internet providers like it regulates traditional telephone companies, despite the political fight that could ensue.

In a filing to the Federal Communications Commission on Wednesday, the online video company said the agency should consider reclassifying Internet providers as “Title II” common carriers — which would give the agency broader legal authority to regulate them — as it rewrites its net neutrality rules.

While reclassification has been generally considered an uphill political battle — and House Republicans have floated legislation that would prohibit the FCC from reclassifying — the agency is facing more and more pressure from lawmakers, companies and public interest groups to do so. “Opposition to Title II is largely political, not legal,” Netflix wrote in its comments, urging the agency to adopt classifications that “better sync with the actual experience of consumers.”

Netflix’s comments come as the FCC attempts to rewrite its net neutrality rules, which kept Internet providers from blocking or slowing access to certain websites before they were struck down by a federal court earlier this year. FCC Chairman Tom Wheeler’s controversial main proposal to rewrite the rules could allow Internet providers to charge websites for better access to users but also considers other options. After receiving backlash from advocates, companies and Democrats on Capitol Hill and at the FCC, Wheeler included other options to reinstate net neutrality proposals, including reclassification.

In its comments, Netflix pushed back on Wheeler’s main proposal, which critics say could create a tiered Internet where only deep-pocketed companies can afford “fast lane” access to users, while others languish in the “slow lanes.” “No rules would be better than rules legalizing discrimination on the Internet,” Netflix wrote.

The company also asked the FCC to play a role in interconnection deals. Those deals — which websites make with Internet providers to connect directly to the provider’s servers to boost traffic — were out of the purview of the FCC’s original net neutrality rules. After high-profile public feuds between Netflix and Internet providers over those deals — the details of which Netflix repeated in its comments Wednesday — Wheeler announced earlier this year that the FCC would begin to look into reported abuses.

“It is called the Inter-net for a reason. That is, the Inter-net comprises interconnections between many autonomous networks, all sharing common protocols,” Netflix wrote, urging the FCC to extend net neutrality protections to interconnection points between websites and Internet providers.

And the comments keep coming: In addition to Netflix’s comments, thousands more poured into the agency Wednesday. According to an agency spokeswoman, the latest tally is 969,000, the most ever for an FCC regulation. With the deadline extended to midnight on Friday, there are some big players who have yet to weigh in.

Tech execs to push trade deals: Executives from Intel, the Consumer Electronics Association (CEA) and the Information Technology and Innovation Foundation will push lawmakers on the Senate Finance Committee to get going with new and updated trade deals to sell their goods internationally.

Intel vice president Jackie Sturm will argue for expanding existing deals to cover more high-tech goods, negotiate new ones and get rid of other non-tariff obstacles to trade. “In sum, we need an increase in proactive standards, practices and binding international rules that are modernized to further reap the benefits of a digital economy,” she said in written testimony. Ray Kimber, founder of an a/v cable company testifying on behalf of the CEA, will push for lawmakers to update a 70-member trade deal on information technology to include videogame consoles and the technology that supports them.

FTC edits COPPA FAQ: The Federal Trade Commission made some edits to its FAQ page on the Children’s Online Privacy Protection Act (COPPA), a 1998 law that restricts how companies can collect and share information from users under the age of 13. The agency’s updated guidance comes a year after it overhauled its COPPA last July and has app and parents groups cheering. “With the Commission now providing a better explanation of the regulatory landscape, we expect innovation and investment in children’s education apps to grow markedly,” said Morgan Reed, executive director of ACT-The App Association. “Today’s update should help platforms, developers and parents as we create new apps that engage children.”

The update comes on the heels of major FTC charges against Apple and Amazon, claiming that the Internet giants made it too easy for children to spend their parents’ money without approval. Staffers from the app trade group have been meeting with the commission for weeks to help clarify the rules.

“The Internet Association understands that the promise of the Internet lies in the power to harness user communities to achieve a broader economic impact,” Etsy public policy director Althea Erickson said in a statement. “We’re looking forward to working toward this common vision together.”

Eshoo praises Comcast-TiVo deal: Rep. Anna Eshoo (D-Calif.), ranking member on the House Commerce subcommittee on Technology, said that Comcast and TiVo “are opening the door to a more innovative, consumer-friendly” market with their deal to make the set-top boxes more compatible. The arrangement will lead to an environment where “consumers can decide the best device for their needs and where innovators can aspire to deliver even more cutting-edge technology,” she claimed.

The FCC is holding a workshop on accessibility and social media starting at 9 a.m.

The House Energy and Commerce Committee is looking at how communications and technology can lead to new cures at 9:30.

The Senate Finance hearing gets underway at 10 a.m.

At noon, the Software and Information Industry Association holds a Capitol Hill discussion on big data.

The Senate Commerce Committee sits down to talk about research and development at 2 p.m.

IN CASE YOU MISSED IT:

The top U.N. human rights official thinks that government leaker Edward Snowden ought to be celebrated for exposing violations of international law, not chased across the world.

Netflix declined to appear at a Senate Commerce Committee hearing Wednesday to discuss changes in the video marketplace, according to Chairman Jay Rockefeller (D-W.Va.).

The House on Wednesday approved a proposal to prohibit funding for the Federal Communications Commission to implement regulations preempting state laws on Internet access.

Lawmakers and top military officials on Wednesday expressed fears that friction with Russia could someday leave the United States without the power to launch rockets into space.