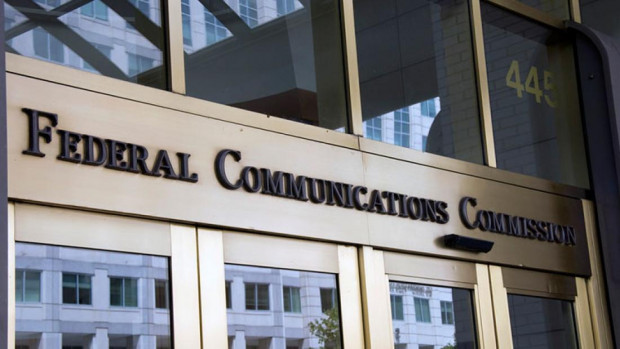 In separate initiative, NRB apparently has issues with edge providers

Religious groups are calling on FCC chairman Ajit Pai not to eliminate the bright-line network neutrality rules, which he has proposed doing at the FCC’s Dec. 14 public meeting.

That came in a letter Monday from, among others, the National Council of Churches, the Islamic Society of North America and the U.S. Conference of Catholic Bishops.

Saying communications was “one of God’s great gifts to humanity,” they said, and suggested net neutrality was needed to protect that gift. “We implore the policymakers at the Federal Communications Commission to retain the existing policies which maximize an open and free Internet,” they wrote.

“We are concerned about paid prioritization and other policies that will increase costs and limit opportunities for our nonprofit organizations and the communities we serve,” they added. “We urge you to retain the existing protections to protect an Open Internet and to use the strongest legal authority to prohibit paid prioritization. Robust net neutrality protections are essential for all sectors of society, including ours.”

Pai is proposing eliminating the rules against blocking, throttling and paid prioritization, instead having the Justice Department take action against any conduct it deems anticompetitive, and the Federal Trade Commission police for conduct that is unfair or deceptive, including holding ISPs to their promises of no blocking or throttling.

ISPs are expected to engage in some paid prioritization, which Pai has said can have some pro-consumer benefits–one example is connected cars, where prioritizing collision avoidance over video streaming could be a matter of life and death.

Elsewhere on the intersection of religion and online content, the National Religious Broadcasters is announcing Dec. 7 what is billed as an Internet Freedom initiative featuring speakers Sen. Ted Cruz (R-Tex.) and former Republican Commissioner Robert McDowell. The initiative is apparently targeted at edge providers who they say are suppressing online viewpoints.

FCC chairman Ajit Pai suggested as much last week, saying Twitter was a bigger threat to internet openness than ISPs, and pointing to conservative voices that had been targeted.

The letter From the National Council of Churches et al, is reprinted below:

We, the undersigned leaders in our faith traditions, write to describe the fundamental importance of communications rights in our society, and thus our strong support for domestic policies that enhance, and do not curtail, those rights.

Communications rights recognize the fundamental equality and integrity of human beings. The ability to learn, to reason, to develop opinions and ideas, to develop plans for further action in concert with others—each of these is essential to the dignity of a human being and is impossible without the opportunity to both absorb existing knowledge and create new communications.

Communications rights have been recognized and established by the world community. In the Universal Declaration of Human Rights, Article 19 states: “Everyone has the right to freedom of opinion and expression; this right includes freedom to hold opinions without interference and to seek, receive and impart information and ideas through any media and regardless of frontiers.”

Communication tools are essential to achieving broader human rights goals. For example, as the World Summit on the Information Society found in its 2005 Tunisia Commitment, “access to information and sharing and creation of knowledge contributes significantly to strengthening economic, social and cultural development, thus helping all countries to reach the internationally agreed development goals and objectives, including the Millennium Development Goals.”

Communication can lift people from poverty–whether it is providing a small farmer in Africa access to crop prices or allowing a single mother in Alabama the opportunity to get her college degree. Modern communications are essential for our home faith institutions, to share scripture, help neighbors, support each other, and raise funds to support our work. Communication at its finest empowers self-determination and civil and human rights by helping individuals and communities hold those in power accountable, and facilitating the joint action and advocacy that is so essential if we are to make change in our civil society.

We are faced in the modern day with important choices as technology developments hurtle faster and faster, creating new opportunities with every day. We see that these modern communication tools can be used and designed to maximize individual freedoms and human dignity or they can be developed with an eye only to maximize profit and power by the entities that control them. As people of faith we adhere to a moral code that stands apart from the values of the commercial sphere, even as we appreciate the benefits that economic development brings to our communities. We therefore emphasize that independent, community-controlled, locally-focused and nonprofit communications networks will often present the highest and best ideals for communication that supports and enhances human rights.

We write today because in the United States we are facing important choices about our communications policies. We can either adopt policies that promote communications rights or that lessen them.  As we look to a new era when electronic communication via the Internet or other data networks comprise the fundamental backbone over which all media flow, we implore the policymakers at the Federal Communications Commission to retain the existing policies which maximize an open and free Internet. Communications policy in this country should maximize individual freedom and dignity to promote the highest achievements of our own citizens and maximize our ability to assist others internationally.

We specifically encourage policies that will ensure that the wireless networks of tomorrow meet the same freedoms as the wired networks of today, and that the technologies used by the least enfranchised in our country are equally as open to robust self-determination, economic empowerment, and creative expression as the networks used by the more fortunate. We are concerned about paid prioritization and other policies that will increase costs and limit opportunities for our nonprofit organizations and the communities we serve.  We urge you to retain the existing protections to protect an Open Internet and to use the strongest legal authority to prohibit paid prioritization.  Robust net neutrality protections are essential for all sectors of society, including ours.

Fundamental communications rights as they safeguard this nation and this world’s most precious resource—its treasure-trove of knowledge and the ability to create and share new ideas and thus our ability to care for human beings and ensure every person on the planet, and the planet itself, are treated with the dignity they deserve.

Congregation of Our Lady of Charity of the Good Shepherd, US Provinces

National Advocacy Center of the Sisters of the Good Shepherd