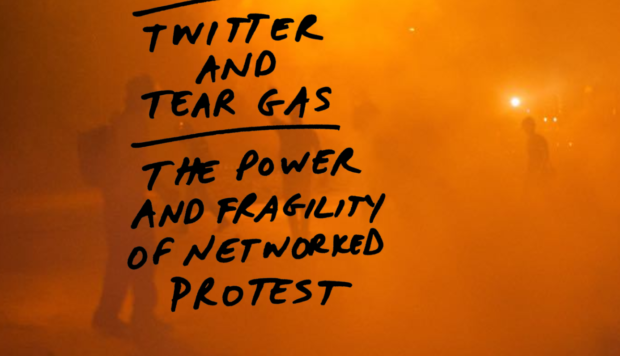 Above Photo: From arstechnica.com

The protest frontiers are changing. An entrenched researcher explains why they work.

In February 2003, the largest demonstration in Britain’s history saw two million people march across London to protest the approaching Iraq War. Dozens of other cities across the world saw similar events, and yet.

Why did politicians feel safe ignoring the millions who participated in those marches—yet stand down after the protests against the proposed intellectual property laws SOPA and PIPA? Why did Occupy apparently vanish while the Tea Party has embedded itself into US national electoral politics? How much did Facebook really have to do with the Arab Spring? How—and this is the central question technosociologist Zeynep Tufecki considers in her new book, Twitter and Tear Gas: The Power and Fragility of Networked Protest—do digital media change the reality and effectiveness of social protest?

Over the quarter-century since the Internet went mainstream, much has been written and argued about digital technologies’ ability to transform disparate individuals into a movement. Dismissives argue that social media-fueled movements are too fragile and their participants too uncommitted to achieve much. (Writing in Slate, Tufecki found that tone in Evgeny Morozov’s The Net Delusion, despite broad agreement that oppressive governments are sufficiently smart and motivated to harness these technologies for self-preservation.) Online-protest optimists saw the Arab Spring as evidence that these enabling tools create democratic change. And there are those who presume that governments will never be digitally literate or quick enough to take advantage, an early example being John Perry Barlow’s 1996 essay A Declaration of the Independence of Cyberspace.

Tufecki, an associate professor in the School of Information and Library Sciences and an adjunct sociology professor at the University of North Carolina, offers a different perspective. With academic rigor but an accessible writing style, she teases apart the details of how different types of protest movements work, their use of new and old tools, and how governments have learned and responded in the aftermath of protests.

Besides her experience seeing and interviewing many protests and protesters in person, Tufecki draws on many disciplines besides her own. She is particularly strong on historical and international contexts, but she also derives one compelling analysis from the biological concept of signaling. As the size of a deer’s antlers suggests it’s powerful, healthy, and more dangerous if attacked, a movement that can field large protests in electorally vulnerable districts will be read more seriously by politicians than a demonstration. (Large demonstrations can be written off as one-and-done events, she argues.)

One reason early social media-fueled protests succeeded, Tufecki writes, was that governments had not yet learned to read the signals correctly. They do not underestimate social media now. To the Chinese government, she writes, widespread tweeting about even a relatively small street protest is a bigger threat than the protest itself.

In line with this, she also develops the idea of three types of capacity: narrative, disruptive, and electoral/institutional. Occupy had great narrative capacity: “we are the 99%” rapidly became a widely understood and empathetic view. Anonymous has great capacity to disrupt business as usual. Movements like Greece’s Syriza and Spain’s Podemos have electoral/institutional capacity: both rapidly became leading political parties in their respective countries.

Social media helps build connections, but at a cost. The long, tedious process of capacity-building forced upon organizers by the physical constraints of the analog era was time-consuming and labor-intensive, but it built resilience, leadership, and clarity of purpose. Tufecki calls these valuable characteristics “network internalities,” and they help a movement survive setbacks.

In Code is Law, Lawrence Lessig discussed the constraints software architecture imposes on end users. In his example, the 23-person limit on AOL chatrooms made them unusable for developing mass protest. In Twitter and Tear Gas, Tufecki analyzes the affordances constraining activists on a number of platforms primarily designed to optimize advertising revenues. Facebook’s Real Names policy helps activists who want to attract attention but is dangerous for others operating under hostile government radar. The same Twitter bots that tell Westerners their friends are following a celebrity’s new account helps those in more repressive regimes to identify new accounts set up by those whose old ones have been blocked by a court order.

Tufecki finds that governments are indeed adapting by changing their strategies and learning to decode the signals. Turkish President Recep Tayyip Erdoğan has used real examples of bad behavior to paint Twitter as toxic to deter participation. Modern Chinese censors focus on removing only postings with the potential for encouraging collective action, especially when the posters appear to be closely geolocated. In addition, China has an army of posters who leap into action when controversies arise, not to spread propaganda but to distract attention, the real prize in the struggle for power.

In a polarized society, Tufecki argues, floods of misinformation that discredit all media are more effective than censorship. A populace who cannot agree on facts and distrusts everything can be paralyzed into inaction, which is all the powerful really need in order to stay in control.

In one of Tufecki’s most personal examples, she is in southern Turkey’s Antalya airport in July 2016. She immediately recognizes a coup attempt when she sees news images of tanks in front of Istanbul’s Bosphorus bridge but no prime minister or president appearing to explain. (A child during the 1980 military coup, Tufecki grew up in a regime of deep cross-media censorship; she only learned many basic facts about her own country when the Internet arrived in Turkey in the mid-1990s.) This coup attempt ends when a CNN Turkey news anchor broadcasts a livestream from President Recep Tayyip Erdoğan calling on the population to resist. He used Facetime to get his story out.

All of this, Tufecki concludes, is still in flux. Digital tools are changing all three types of capacity and offering new ways to signal them. This report from the frontier is important because so few who study the Internet and its impact have the background and ability to cross these many streams.