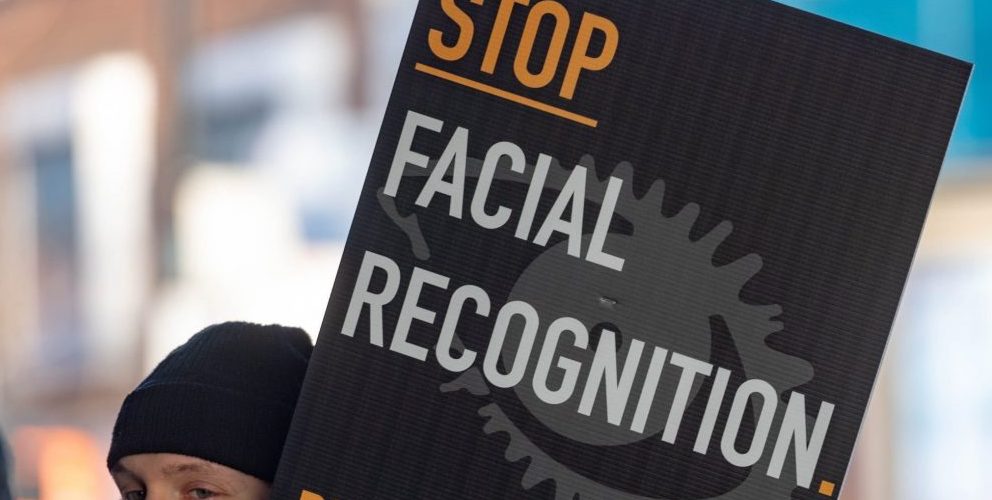 Opposition to facial recognition is reaching a boiling point. Today, nearly 30 organizations from across the political spectrum announced they had endorsed the BanFacialRecognition.com campaign calling for a federal ban on law enforcement use of facial recognition technology. The groups, which represent more than 15 million combined members, plan to flood lawmakers with emails and calls from constituents.

There’s growing bipartisan momentum in Congress to rein in facial recognition surveillance. But it’s essential that legislation puts an immediate stop to both current and future law enforcement use of this dangerous, invasive, and biased technology, rather than imposing weak regulations that could actually work to speed up its adoption. Three cities have already fully banned government face surveillance, and legislation has been introduced at the state level in Michigan, Massachusetts, California, and New York.

BanFacialRecognition.com was originally developed by Fight for the Future but is now becoming a hub for a wide range of groups fighting to end government use of facial recognition. In addition to action tools allowing Internet users to pressure their local, state, and federal lawmakers, the page includes an interactive map showing where facial recognition is currently being used in the United States, as well as where there are local and state efforts to stop it.

Leaders from the organizations participating in the campaign issued the following statements, and are available for comment upon request:

Evan Greer, Deputy Director of Fight for the Future, (pronouns: she/her): “Facial recognition is one of the most authoritarian and invasive forms of surveillance ever created, and it’s spreading like an epidemic. No amount of regulation can fix the dangers inherent in this form Big Brother automaton. We need to ban this technology outright, treat it like biological or nuclear weapons, and prevent it from proliferating before it’s too late.”

Tracy Rosenberg for Oakland Privacy: “Facial recognition technology isn’t just racially biased and error-prone, in the wrong hands it is a dangerous tool allowing total 24/7 state control of everywhere we go and everything we do. It has no place in a society based on democratic principles and human rights, as the cities of San Francisco and Oakland have declared. Every vulnerable group needs to draw the line in the sand right now and say get outta my face.”

Popular Resistance co-director Kevin Zeese: “The ever-encroaching surveillance state is advancing by leaps and bounds. The use of facial recognition technology is another new tech invasion of people’s human rights and provides police who have a history of abuse with a tool they should not have and do not need. This error-prone technology needs to be banned as a stop to stop the advancement of the security state, and part of a broader campaign to reverse the expansion of surveillance which has grown in the 21st Century.”

Adrian Reyna, Strategy Director at United We Dream: “The Trump administration is carrying out the mass deportation and detention of immigrants. They are building out a mass deportation force that must be stopped and every person of conscience must stop any and all efforts that can put more people in harm’s way, including these facial recognition efforts. We have already seen the impact of police and the deportation force unleashed — they are abducting people in their workplaces, in their homes, and keeping entire families in detention indefinitely. Equipping them with facial recognition technology will certainly lead to more raids and further stoke fear among Black and brown communities. The use of this equipment is immoral and destructive. It must be banned nationwide, and United We Dream is committed to see that through.”

Linda Sherry, Director of National Priorities, Consumer Action: “We live in the land of the free and the home of the brave. There is nothing democratic about facial recognition technology–no one is truly free when our faces can be monitored and captured as we go about our daily business. And there’s nothing brave about a secretive surveillance system. Facial recognition technology is notoriously inaccurate and biased. Deploying it on an unsuspecting public in the name of ‘crime fighting’ is a crime in itself. Let’s join forces to stop the surveillance!”

Carolyn Fiddler, Communications Director at Daily Kos: “Facial recognition tech is not only an infringement on human rights and violation of policy — it also serves as yet another unreliable method of fear-based control over people across the country, especially among communities of color. Daily Kos supports a federal ban on law enforcement use of facial recognition surveillance as a crucial step towards stopping increased implementation of invasive, privacy-abridging technologies.”

Myaisha Hayes, National Organizer on Criminal Justice & Tech at MediaJustice: “Countless studies indicate that facial recognition is unreliable technology, that it doesn’t accurately identify people with darker skin complexions – especially women – and so we know that this technology will impact Black and brown communities in particularly dangerous ways. Given the history of racist and discriminatory policing, coupled with the horrific deportations we are currently witnessing under this administration, we know this technology will expand the reach of the surveillance state while also causing more harm to already vulnerable communities.  This is why MediaJustice has joined this national fight to urge our Congressional Leaders to protect our communities from this harmful technology.”

Tawana Petty, Data Justice Director for Detroit Community Technology Project: “In Detroit, we are under constant watch through Project Green Light and related surveillance technologies. Project Green Light, coupled with the use of facial recognition threatens the civil liberties of hundreds of thousands of Black residents at a scale unheard of since the Tuskegee Experiment. If we do not resist these pervasive and extractive biometric technologies, Detroiters will be further marginalized through digital redlining, spacial racism, and ultimately predictive policing. We know the things that make us safe. Our communities need clean and affordable water, adequate and affordable housing, accessible and healthy foods, resourced public school systems and well lit neighborhoods – – none of these things can be created through surveillance and facial recognition, even if the algorithms are fixed.“