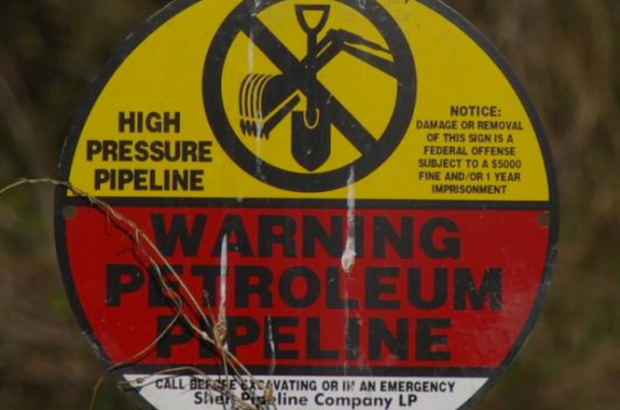 In the debate over construction of new oil and gas pipelines, industry representatives have long argued that pipelines are safer than other methods for moving fossil fuels over long distances.

Take for example the recent statement a spokesperson for the proposed Bayou Bridge Pipeline in Louisiana — a project spearheaded by Energy Transfer Partners, the same Dallas-based company behind the highly contentious Dakota Access Pipeline — made to The Advocate of Baton Rouge. The Bayou Bridge Pipeline would carry oil from a terminal in Nederland, Texas, across South Louisiana to refineries and export terminals near New Orleans.

“Currently, most of the crude oil being delivered to refineries along the Gulf Coast is coming in by truck, rail and marine, all of which are more dangerous to the environment than underground pipelines,” Alexis Daniel told the newspaper in an email.

Research has shown that, depending on the criteria used to define safety, trucks, trains and boats can be riskier in some ways than pipelines. But new data crunched by watchdog groups raise questions about the industry’s optimistic pipeline safety claims — at least in terms of the frequency of pipeline spills and the pollution they emit to the environment.

The Louisiana Bucket Brigade and DisasterMap.net released an analysisthis week that focuses specifically on pipelines and other facilities operated by Energy Transfer Partners and its Sunoco subsidiary. A publicly-traded Fortune 500 company, Energy Transfer Partners operates some 71,000 miles of pipelines across the U.S. The groups looked at all of the spills companies by those names reported as required to the Coast Guard’s National Response Center in 2015 and 2016.

There were 69 spills in all, an average of almost three a month. But of those, only two were from mobile sources — one involving a flaming truck at a tank farm in Michigan that sent an unknown amount of pollution billowing into the air, the other a spill of a couple of gallons of crude oil from a vacuum truck in Pennsylvania. There were an additional seven spills from storage tanks and another 25 from various fixed sources like mechanical equipment and compressor stations.

Over half of the companies’ reported spills — 35 in all — were pipeline-related. The pipeline spills also released the most pollution into the environment, at over 111,000 gallons, compared to just two gallons from mobile sources. (The groups excluded from their analysis a reported 8,600-barrel air release from a liquefied natural gas pipeline, since such releases are more commonly measured in pounds or tons; that means the total amount spilled from pipelines is even higher.)

Of the 111,000 gallons of pollution released in the Energy Transfer Partners/Sunoco pipeline spills, over 18,000 gallons flowed into waterways such as ponds, creeks and rivers. The magnitude of the spills varied from a cup of crude oil pouring into the Neches River in Texas due to equipment failure to 200 barrels of crude oil flowing into an Oklahoma creek from a broken pipeline.

Among the other pipeline incidents the companies reported:

“It’s a pretty sobering experience to go through these spreadsheets,” Anne Rolfes of the Louisiana Bucket Brigade said during a Feb. 6 press call to discuss the report’s findings. “To look at these is devastating, to know what’s going on throughout the country.”

The analysis was released in time for a Feb. 8 public hearing on the Bayou Bridge Pipeline in Napoleonville, Louisiana. The fact that the pipeline would cross at least seven major water bodies in the state — the Sabine River, Calcasieu River, Mermentau River, Vermilion River, Bayou Teche, Atchafalaya River and Bayou Lafourche — has raised concerns about the potential for water pollution.

The Vermilion River and Bayou Lafourche both serve as sources of drinking water for Louisiana communities, and the Atchafalaya Basin is ecologically important as home to over a dozen threatened or endangered species.

“Sunoco and [Energy Transfer Partners] accidents stretch from Texas to Massachusetts,” said Ezra Boyd, a geographer with DisasterMap.net who conducted the new analysis. “While these accidents cover a large area of the map, the Bayou Bridge pipeline would put an entirely new area at risk: south central Louisiana, including the Atchafalaya Basin.”