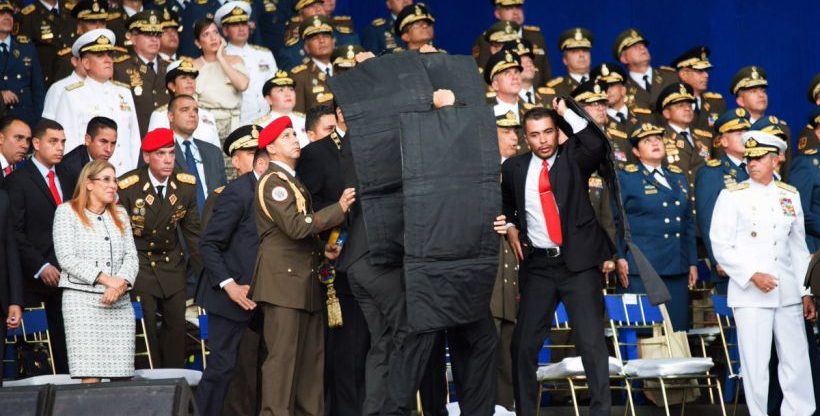 Above photo: The attack was aborted by Venezuelan security who exploded the drones. (Photo: Agency)

The US network ,CNN, published an investigation in which it again confirms the official version of the attempt to assassinate President Nicolás Maduro.

The revelation comes from an interview with a former Venezuelan soldier who contributed videos and photos of the group training in the “Colombian plains” to execute the failed assassination with drones. In these videos, collected by the CNN correspondent in Colombia, it can be clearly seen how drones are sent again and again as high as possible and then abruptly descending to explode near the floor, exactly as they wanted to do in August of 2018.

According to the unidentified former military officer, the possibility that the failed attack murdered other people was one of the risks they “had to take”, emphasizing that it “hurts that the Venezuelan people are always the ones who must pay the consequences.” A contradiction in every rule.

The organizer of the attack also pointed out that the drones and explosive devices were smuggled into Venezuela, which exposes the role of Colombia and anti-Chavez leaders like Julio Borges and Juan Requesens in the orchestration and execution of the plan. The latter revealed last year that, at the request of Borges, he allowed the entry of Henriberth Enmanuel Rivas Vivas, alias “Morfeo”, who was in charge of executing the attack on the ground.

This revelation confirms, once again, the denunciations of the Venezuelan State about the frustrated assassination. A few months earlier, Bloomberg said the idea of ​​the attack came from a group in Miami. The Venezuelan government, for its part, holds the entrepreneur Osman Delgado Tabosky, owner of El Faro Media Group LLC , responsible for its financing. Supposedly, Senator Marco Rubio attended the inauguration of this company.