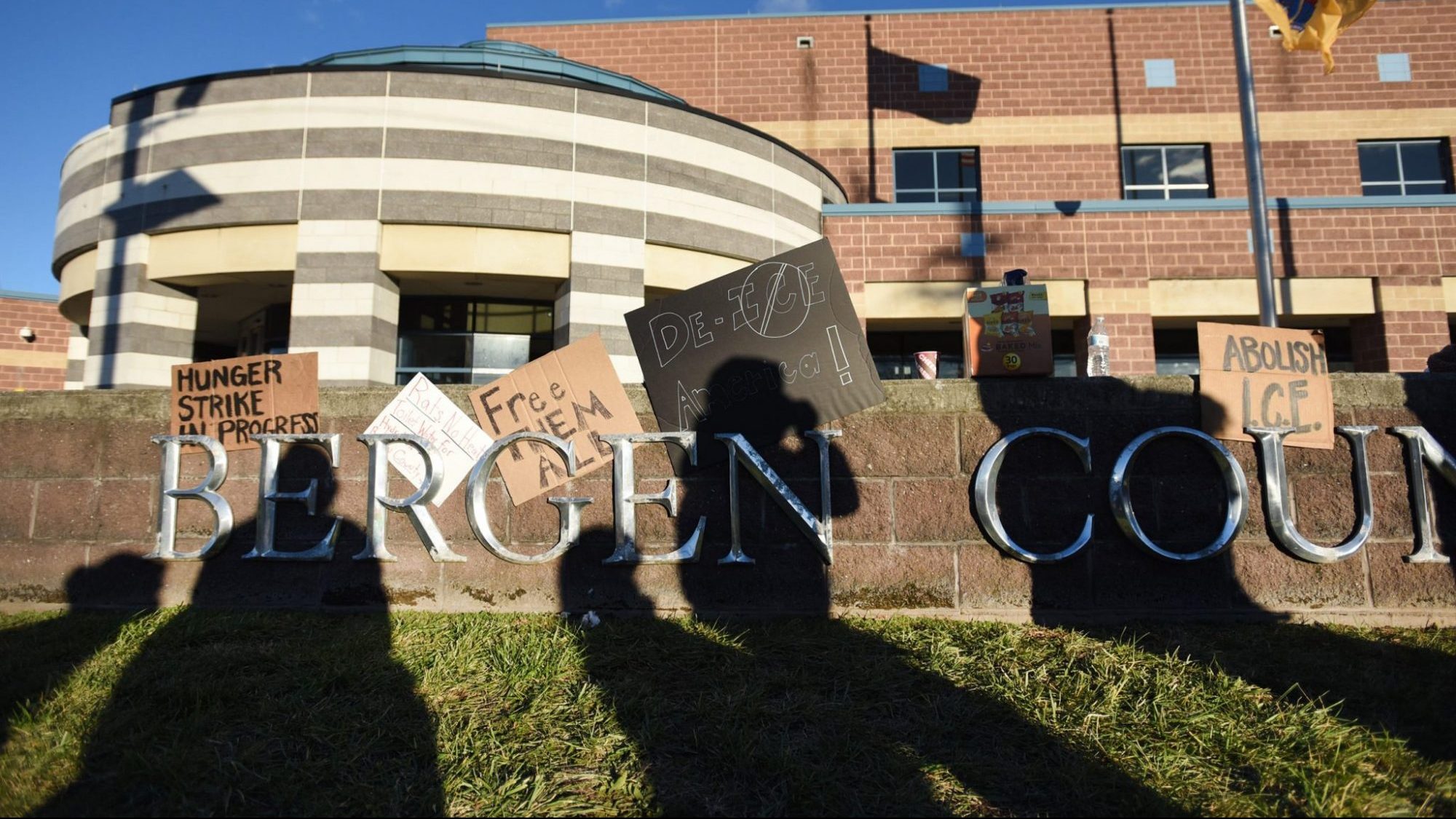 The Bergen County Jail in Hackensack, New Jersey has been the site of recurring actions in solidarity with detained immigrants. On Tuesday, June 8, one such action ended with cops arresting 14 protesters who were trying to peacefully stop a deportation.

The 14 people arrested had camped out at the Bergen County Jail the previous night to try and stop the deportation of Marvin Jerezano Peña, a father from Red Bank, New Jersey who migrated from Mexico to the United States as a child. He had been arrested by ICE and was being held for marijuana possession, something now fully legal in the state. Nevertheless, ICE planned to deport Peña.

Protesters at the jail Tuesday bravely blocked an ICE van that afternoon in an attempt to stop the deportation. They were successful in halting the deportation of Peña as well as a Dominican man named Carlos, who was also scheduled for deportation that day. Though ICE was unable to go through with the deportations as scheduled, both men remain in ICE custody and have been transferred to Genesee County Jail in Batavia, New York.

🚨UPDATE: #MarvinJerezanoPena and Carlos have been transferred to Batavia as retaliation. Carlos, from the Dominican Republic, was set to be deported yesterday but was stopped by the 14 people who were then arrested for blocking the entrance to #BergenCountyJail.

The Bergen County sheriff is now retaliating against these activists. All 14 protesters have been charged with rioting, trespassing, obstruction, and failure to disperse — just for kneeling in front of a van to stop the forced removal of two New Jersey community members.

Immigrant solidarity actions at the Bergen County Jail highlight that the inhumane anti-immigrant policies of the United States and the violence of cops and ICE are bipartisan issues. New Jersey is well established as a Democrat stronghold. But despite liberal politicians paying lip service to activists’ opposition to ICE partnerships with county jails, they are nowhere to be found when immigrant communities and their allies are under attack.

Direct actions such as the one in Hackensack show that people who want to fight ICE and its anti-immigrant violence must look to their communities, not politicians, to defend our immigrant neighbors. After all, the Democrats, like the Republicans, exist to serve the interests of the very capitalist system that profits from maintaining the borders that divide the global working class.

Left Voice stands in solidarity with the 14 activists facing charges and continues to demand the abolition of ICE and to open the borders.