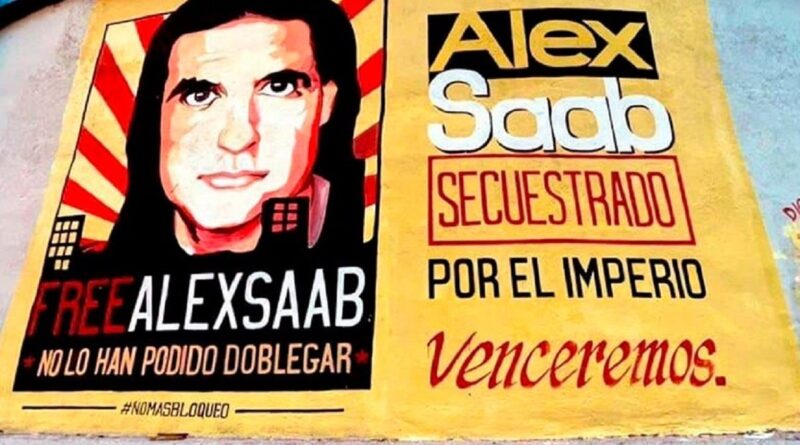 New Revelations Confirm Illegality Of The Extradition And Arrest Of Saab

Mexico-US border: Demands for the release of Venezuelan diplomat and US political prisoner Alex Saab on the second anniversary of his abduction. #2AñosDeSecuestro pic.twitter.com/BkfV9jWEbn

In his new memoir, Sacred Oath, former US Defense Secretary, Mark Esper, who served under President Donald Trump at the time of the arrest of Alex Saab in Cape Verde, effectively admits that the White House was quite aware of the fact that Saab was a diplomat at the time of his capture.

As Esper writes, “At Maduro’s direction, Saab was reportedly on special assignment to negotiate a deal with Iran for Venezuela to receive more fuel, food, and medical supplies. Saab was Maduro’s long standing point man when it came to crafting the economic deals and other transactions that were keeping the regime afloat*.*” Esper’s recognition that Alex Saab was “on special assignment” and negotiated economic deals for Venezuela is a tacit recognition of Saab’s diplomatic status.  Moreover, it is highly unlikely that Esper was unaware of documentation from both Iranian and Venezuelan authorities that verifies Saab’s special envoy status at the time of his apprehension in Cape Verde.

The inconvenient fact is that Saab was a Venezuelan diplomat, and had been for some time, when his plane was forced to land in Cape Verde, as opposed to in Senegal or Morocco which the US prevailed upon not to allow Saab’s plane to land and refuel, and he was arrested by Cape Verde authorities.  Saab was therefore entitled to diplomatic immunity as provided for by the Vienna Convention on Diplomatic Relations of 1961, and his arrest and continued detention to this day, in spite of this immunity, was and continues to be illegal under international law.  So painfully aware of the illegality of their actions, and the dangers this of course may pose for Washington’s own diplomats if they were treated in the same fashion, that, as Esper makes clear, “the officials at State, Justice and the NSC [National Security Council] who were working on this case” were filled with trepidation (though Esper himself had no such qualms).

Still, the Trump Administration pushed on with the arrest, prosecution and extradition of Saab to the US (also despite the fact that there was no extradition treaty between the US and Cape Verde)  because, Esper explains, “access to him could really help explain how Maduro and his regime worked. It was important to get custody of him. This could provide a real roadmap for the US government to unravel the Venezuelan government’s illicit plans and bring them to justice.”  In other words, just as Saab and his many defenders have argued from the start, the arrest, detention and extradition has been politically motivated.  Even more to the point, the treatment of Saab has been motivated by the desire of the US to understand Saab’s very diplomatic functions for Venezuela – that is, how he went about helping obtain food and medicine for Venezuela despite illegal US sanctions — again underscoring the illegality of this treatment under the Vienna Convention.

Lawyers working on Alex Saab’s case, including myself, have just filed information requests under the Freedom of Information Act (FOIA) with the White House, State Department, Department of Justice (DOJ), and the Treasury Department to provide further confirmation of what Esper admits and what Saab has claimed all along: that his treatment is illegal under the Vienna Convention, that the US government knew this from the start, and that it nonetheless pursued the arrest of Saab for wrongful purposes.  We are hopeful, and indeed confident, that the information obtained will lead to the release of Alex Saab after two years of illegal detention.

Meanwhile, Mark Esper explains in his book that his dismissal  from the Trump Administration was directly related to the tactical decisions Trump wanted to deploy to try to pursue Saab.  Thus, Esper, who agreed with the decision to detain and extradite Saab,  relates that he was fired by the Trump Administration over his disagreement with Trump’s tactical decision to send the USS Jacinto, a warship, to the coast of Cabo Verde to ensure Saab’s continued detention on the island nation until it was possible to extradite him (or, more accurately, kidnap him) to the United States.   Esper, on the other hand, believed that DEA or other police action would be a more appropriate method of accomplishing the same end.

Trump ultimately went ahead with this decision, sending the warship to Cabo Verde in November of 2020, and anchoring it at a cost of over $50,000 a day.

It must be noted that Saab’s arrest, detention, and extradition have already been ruled illegal by a number of international bodies, including The Economic Community of West African States Court of Justice and the United Nations Human Rights Committee which actually issued an injunction requiring Saab’s release back in June of 2021.

It is long past time that the US government abide by international law and release Alex Saab after two years of tortuous and illegal detention.