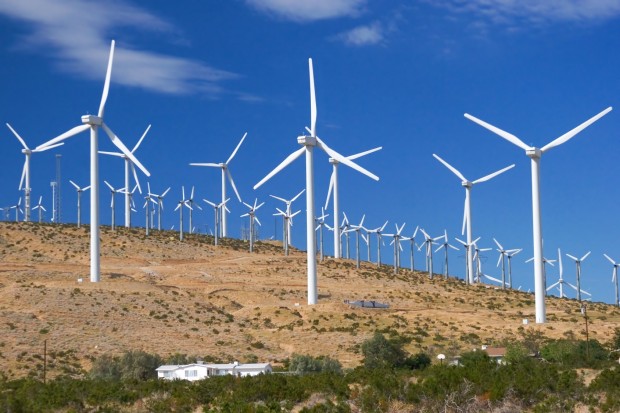 Note: This is a critically important new study that looks more fully at the way humans use and produce energy, the “carbon commitment” of infrastructure that use carbon fuels and the radical shift people must make — immediately — in order to prevent runaway climate change.

The key point of the study is that when we build a factory, power plant, house, automobile or anything else that uses energy, we are committing to using energy through that structure for up to 40 years depending on its lifespan. Our budget for climate emissions is already very limited: the carbon commitments we have already made based on existing infrastructure eats up 70% of the climate gasses budget leaving very little room.

This new research means the human race needs to move rapidly into a very different way of using and producing energy. Here are some specifics:

– By 2018, no new cars, homes, schools, factories, or electrical power plants should be built anywhere in the world, ever again, unless they’re either replacements for old ones or carbon neutral

– Freeze the size of the global automobile fleet, and the industrial and commercial sectors, unless their energy efficiency increases

– Meet energy demand by improving efficiency, instead of building more power generation; potential energy efficiency gains of 50 percent are possible across many sectors in most countries

This is the first study to look at “carbon commitments” (a term coined by the authors) and is sure to result in more information being developed for other sectors, e.g. not examined is agriculture which is a major carbon producer or land use planning and building codes designed to reduce carbon use. Hopefully, it will also result in more information and action for reducing waste and increasing efficiency as this has been much neglected even though it is the essential first step toward rational climate policy. It has always been evident that the more we delay in responding to the climate crisis the steeper the cost will be to ameliorate and adapt to it. The alarm bells on climate have been ringing for two decades but political and economic leadership has for the most part been frozen and unable to adequately act. Now, the bill for those mistakes are coming due and the need to act is constantly becoming more urgent.

Here’s the frightening implication of a landmark study on carbon emissions: By 2018, no new cars, homes, schools, factories, or electrical power plants should be built anywhere in the world, ever again, unless they’re either replacements for old ones or carbon neutral. Otherwise greenhouse gas emissions will push global warming past 2˚C of temperature rise worldwide, threatening the survival of many people currently living on the planet.

Every climate expert will tell you we’re on a tight carbon budget as it is—that only so many tons of carbon dioxide can be pumped into the atmosphere before the global climate will overheat. We’ve already warmed temperatures 0.85˚C from pre-industrial levels, and the number rises every year. While no one thinks 2˚ C is safe,per se, it’s safer than going even higher and running the risk that global warming will spiral out of our control completely.

Last year, the latest Intergovernmental Panel on Climate Change (IPCC) report established a global carbon budget for the first time. It essentially stated that starting in 2014, the carbon we can afford is up to around 1,000 billion tons of CO2. In other words, our cars, factories, and power plants can only emit 1,000 billion tons (1,000 Gt, or gigatons) of CO2 into the atmosphere if we want to have a greater than 50/50 chance of keeping our climate below 2˚C of warming.

Even considering that humanity pumped 36 gigatons of CO2 into the atmosphere last year alone, 1,000 Gt still seems like a big budget. It might even seem like we have room to spare.

WORLDWIDE, WE’VE BUILT MORE COAL-BURNING POWER PLANTS IN THE PAST DECADE THAN IN ANY PREVIOUS DECADE

New research shows that we may not have been paying attention to the entire CO2 emissions picture. We’ve only been counting annual emissions, and not the fact that building a new coal or gas power plant is in reality a commitment to pumping out CO2 for the lifespan of a given plant—which usually ranges from 40 to 60 years. These future emissions are known as a carbon commitment.

Building new power plants means more carbon commitments to eat into our 2˚C carbon budget. Build enough giant coal plants today, and their future emissions would tie up the entire budget, leaving no room for any other source of CO2 emissions.

Meanwhile, the rate at which new plants are built far outpaces the closure of old plants. Many US coal plants operate for longer than 40 years; the oldest is currentlyaround 70 years.

“Worldwide, we’ve built more coal-burning power plants in the past decade than in any previous decade, and closures of old plants aren’t keeping pace with this expansion,” said study co-author Steven Davis of the University of California, Irvine.

In the study, Davis and co-author Robert Socolow of Princeton University calculated that the existing coal and gas power plant carbon commitment turns out to be very large—more than 300 Gt.

The reality of carbon commitment applies to any new fossil-fuel burning infrastructure, including office buildings and homes using gas heating or automobiles and planes burning jet fuel. All of these have an operating life of several or many years during which they will emit CO2 from now until they are ‘retired.’ These future emissions also count as a carbon commitment. In another upcoming study, Davis calculated the carbon commitments from other CO2 sources, including from the transport, industry, commercial and residential sectors. He estimates that as of 2013 this carbon commitment exceeded 400 Gt.

Together with the power plant commitment of 300 Gt laid out in the current study, that’s more than 700 Gt in carbon commitments on a global carbon budget of 1000 Gt. That leaves less than 300 Gt for future power plants, steel mills, cement plants, buildings, and other stuff that burns fossil fuels.

At current rates we’ll have accounted for the remainder of the budget in only five years. Here’s how it breaks down:

Global CO2 emissions from all sources amounted to 36 Gt in 2013. Annual emissions have been growing at a rate of 2 to 3 percent per year. Without major efforts to reduce emissions, another 200 gigatons of CO2 will be emitted between 2014 and 2018.

Unless coal and gas power plants or other major sources of CO2 are shut down before the end of their life span, the 1,000 Gt global carbon budget will be fully allocated sometime in 2018. No one will notice, because things won’t look or feel too much different than today. CO2 is akin to a slow, trans-generational poison. The climate impacts of blowing the carbon budget won’t be felt until 2030 or 2040 —and for a long time after.

WE’VE BEEN HIDING WHAT’S GOING ON FROM OURSELVES: A HIGH-CARBON FUTURE IS BEING LOCKED IN BY THE WORLD’S CAPITAL INVESTMENTS

Even the climate experts won’t notice much, because annual CO2 emissions have been the sole focus of countries and the United Nations process to address climate change said Davis.

“That’s like driving down the highway and only looking out of the side window,” Davis told me.

Politicians, business leaders, investors, planners, bureaucrats and whole lot of other people should be looking out the front window and paying attention to the hard reality of carbon commitments. If Davis and Socolow’s calculations are correct, it means no new coal or gas power plants can go online after 2018 unless they’re replacing retired plants. It means freezing the size of the global automobile fleet, and the industrial and commercial sectors, unless their energy efficiency increases. And so on.

The fact that much of our current and future infrastructure carries huge carbon commitments is blindingly obvious, but receives little attention.

Can’t solve a problem by making it worse

“If you build it, there will be emissions year after year. This should be a fundamental part of the decision to build most things,” Davis said.

Ignoring the reality of carbon commitments means we’re investing heavily in technologies that make the problem worse, he said.

“We’ve been hiding what’s going on from ourselves: A high-carbon future is being locked in by the world’s capital investments,” said co-author Robert Socolow. Any plan or strategy to cut CO2 emissions has to give far greater prominence to those investments. Right now the data shows “we’re embracing fossil fuels more than ever,” Socolow told me.

So what can we do to begin to prepare for a jam-packed carbon budget? First, we need to stop building fossil fuel-reliant power plants.

Surprisingly, it appears the Australia is a pioneer here, despite recently rolling back its pioneering carbon tax. Thanks to wide-spread adoption of solar energy on homes and business the country’s electricity use is in steep decline. For the first time in its history, no new coal or gas power capacity will be needed to maintain supply over the next 10 years, according to the Australian Energy Market Operator. Germany too is rapidly adopting clean energy sources like wind and solar, so as to avoid building coal or nuclear power.

Next, we need to think about meeting energy demand by improving efficiency, instead of building more power generation.

Potential energy efficiency gains of 50 percent are possible across many sectors in most countries, Socolow said, and could reduce the number of fossil fuel energy power plants.

The US is the king of energy waste by most estimates. This costs Americans an estimated $130 billion a year, according to the Alliance to Save Energy. But despite the potential for huge cost and emission reductions, governments everywhere put nearly all their energy research efforts into new sources of energy like new power plants rather than helping to develop energy-efficient cars, buildingsm and appliances. Its 2012 international study also found that improving energy efficiency provides by far the best bang-for-the-buck for energy security, improved air quality, reduced environmental and social impacts and carbon emission reductions.

However, efficiency improvements take time, and there is precious little time left to make the CO2 emissions cuts to stay below 2˚C, said Socolow.

While refusing to say a planet that’s 2˚C hotter is inevitable, he did say that all efforts to reduce emissions must be undertaken as soon as possible: “3˚C is a whole lot better than 5˚C, the current path we’re on.”