Above image: From Ban Depleted Uranium.

In the years following 2003, the U.S. military dotted Iraq with over 500 military bases, many of them close to Iraqi cities. These cities suffered the impacts of bombs, bullets, chemical and other weapons, but also the environmental damage of open burn pits on U.S. bases, abandoned tanks and trucks, and the storage of weapons on U.S. bases, including depleted uranium weapons. Here’s a map of some of the U.S. bases: 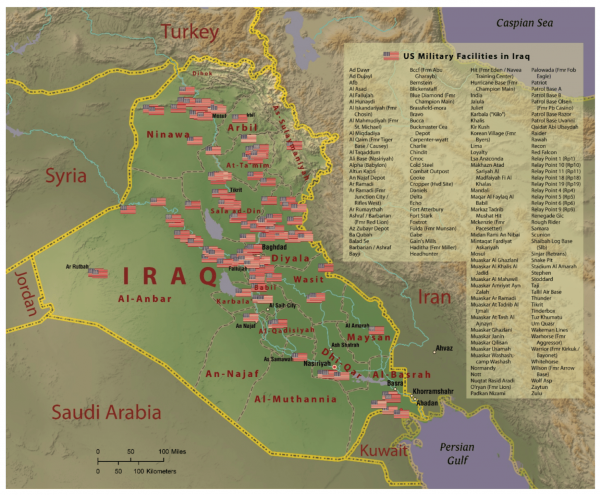 This map and the other illustrations below have been provided by Mozhgan Savabieasfahani, one of the authors of a forthcoming article in the journal Environmental Pollution. The article documents the results of a study undertaken in Nasiriyah near Tallil Air Base. Nasiriyah was bombed by the U.S. military in 2003 and in the early 1990s. Open-air burn pits were used at Tallil Air Base beginning in 2003. See a second map: 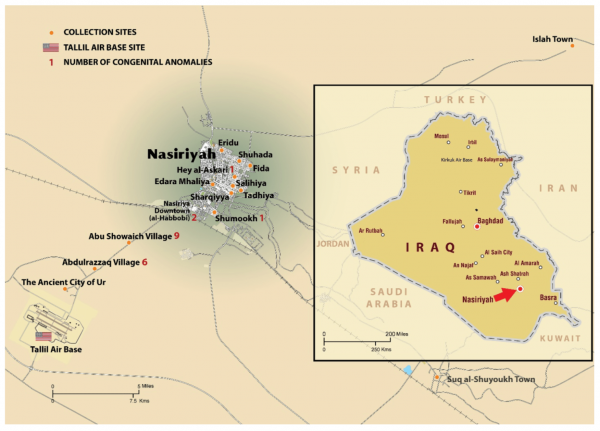 Now take a look (do not turn away) at these images of infants who were born between August and September of 2016 to parents who had continuously lived in Nasiriyah. The visible birth defects include: anencephaly (A1 and A2 , B), lower limb anomalies (C), hydrocephalus (D), spina bifida (E), and multiple anomalies (F, G, H). Imagine if these tragic birth defects had been caused by a natural disaster or the misdeeds of the next government targeted by the United States for “regime change” — would not the outrage be widespread and thunderous? But these horrors have a different cause. 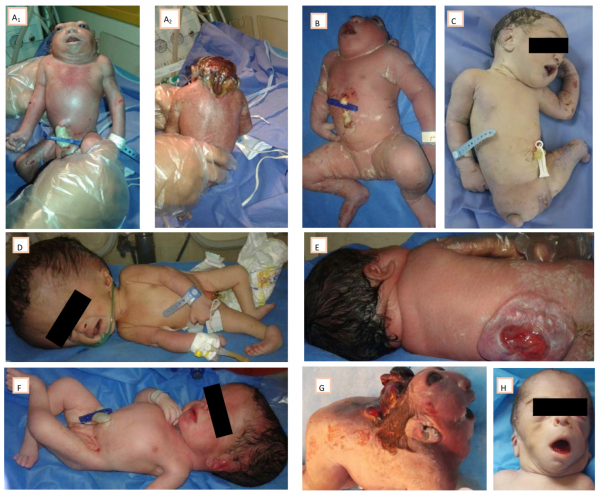 Here’s another illustration, of hand and foot abnormalities in children in Nasiriyah, and in the ancient city of Ur, near the U.S. base: 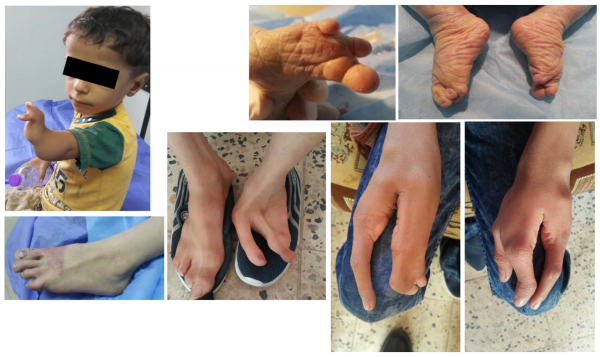 The study now being published found an inverse relationship between the distance one lived from Tallil Air Base and the risk of birth defects as well as of levels of thorium and uranium in one’s hair. It found a positive relationship between the presence of thorium and uranium and the presence of birth defect(s). Thorium is a decay-product of depleted uranium, and a radioactive compound.

These results were found near this particular base rather than dozens of others, not because it is necessarily unique; no similar studies have yet been conducted near each of the other bases. The results found by this study are likely to be identical to results that could be found by a similar study next year, or next decade, or next century, or next millennium, at least in the absence of major efforts to mitigate the damage.

Depleted uranium (DU) weapons were not just stored in Iraq, but also fired in Iraq. Between 1,000 and 2,000 metric tons of DU was fired in Iraq according to a 2007 report by the U.N. Environment Program. While not at the same level, the U.S. military has also poisoned the Washington, D.C., area, among other parts of the United States and the globe with DU. The Pentagon to this day claims the right to use DU. Depleted uranium is permanently hazardous waste from the production of nuclear energy, a source of energy marketed by its lobbyists as environmentally beneficial. Here’s a description of DU from Iraq Veterans Against the War, a group (later renamed “About Face: Veterans Against the War!”) many of whose members are familiar with the damage that DU does to people directly, not just to their offspring:

“Depleted Uranium (DU) is a toxic, radioactive heavy metal that is the waste byproduct of the uranium enrichment process when producing nuclear weapons and uranium for nuclear reactors. Because this radioactive waste is plentiful and 1.7 times more dense than lead, the United States government uses DU in munitions/ammunition which are extremely effective at piercing armored vehicles. However, every round of DU ammunition leaves a residue of DU dust on everything it hits, contaminating the surrounding area with toxic waste that has a half-life of 4.5 billion years, the age of our solar system, and turns every battlefield and firing range into a toxic waste site that poisons everyone in such areas. DU dust can be inhaled, ingested, or absorbed through scratches in the skin. DU is linked to DNA damage, cancer, birth defects, and multiple other health problems. The United Nations classifies Depleted Uranium ammunitions as illegal Weapons of Mass Destruction because of their long-term impact on the land over which they are used and the long-term health problems they cause when people are exposed to them.”

Not only did bringing DU weapons to Iraq amount to putting “Weapons of Mass Destruction” in Iraq in the name of eliminating “Weapons of Mass Destruction,” but using and storing DU in Iraq arguably violated the Convention on the Prohibition of the Military or Any Other Hostile Use of Environmental Modification Techniques. The use of DU was also one part of an illegal war, which in its entirety violated both the UN Charter and the Kellogg-Briand Pact. Each element of such a war is illegal. In addition, the use of such weapons violates the Geneva Conventions’ ban on collective punishment, as well as the Convention on the Prevention and Punishment of the Crime of Genocide.

The use of these weapons was a small part of the damage done to Iraq, its people, its society, and its natural environment by the war. We ought not to require any legal case before offering aid and making reparations. Basic human decency ought to suffice.