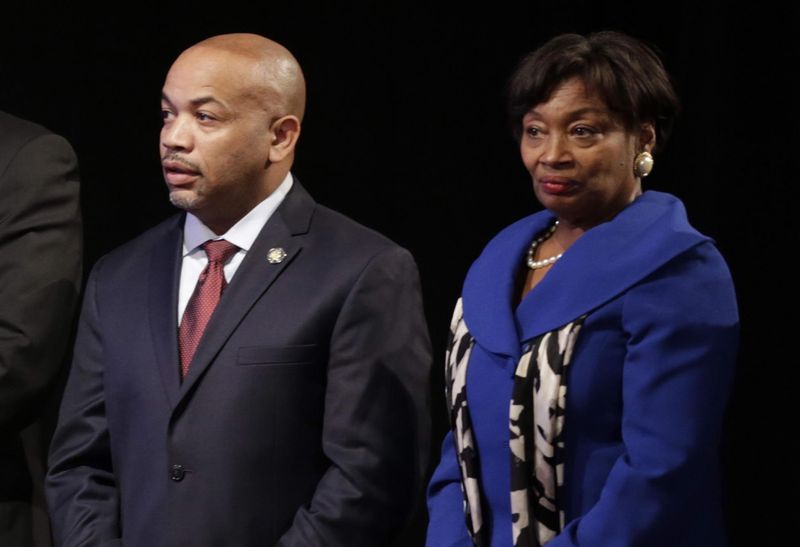 Black legislators in New York are defending their legislation which reduces the use of cash bail.

In so doing they protect the legal and human rights of Black people in that state.

Such is the case in the state of New York, where a Black man and woman lead the two legislative chambers. Carl Heastie is Speaker of the Assembly and Andrea Stewart-Cousins is the State Senate Majority Leader. They used those positions to fulfill an important demand that Black people have been making ever since the explosion of mass incarceration.

The bail system is used to keep black people locked up, whether they need to be in jail or not. Even small amounts of money can be out of reach for low-income people, for whom the presumption of innocence is negated when they languish in jail before being tried. New York’s 2019 Bail Reform package eliminated cash bail for nearly all misdemeanors and non-violent felonies. This reasonable initiative was under attack from the beginning with racist, right-wing forces and media connecting any and every crime or uptick in cases to bail reform.

The new mayor of New York City, Eric Adams, is also Black but he is also a former cop and has made the fight against crimes, real or imagined, a centerpiece of his campaign and his mayoralty. His first preliminary budget calls for cuts to every City agency except the NYPD.

Despite media attacks and Adams’ co-optation, the state legislators have held firm.  Assembly Member Latrice Walker publicly clashed with Adams on the issue, making clear that she and her colleagues were in no mood to back down. Adams traveled to the capital in Albany to make his case, and again got the cold shoulder from Black and progressive members.

Adams harps on gun violence, which is not impacted by the new bail law at all. Judges can and do impose bail in cases involving the use of firearms or any other violent act. Stewart-Cousins made clear that while she appreciated the mayor’s willingness to meet and discuss many issues, she politely told him the answer was still a hard no. “But rolling back reforms that are really directed in allowing people accused of misdemeanors to have their day in court is not, you know, as we saw, the actual answer.”

The actual answer is the end of anti-black racism in what passes for a criminal justice system. The imperative to keep as many Black people in jail as possible is accepted as a societal necessity. The situation in New York state is unique, because democrats control both chambers of the legislature and have a democratic governor. Most importantly, Black leadership are doing what their constituents want them to do and have chosen to resist pressure to reverse themselves.

But there is always a danger posed by the Adamses of the world. He has proposed that judges be allowed to consider the “dangerousness ” of an individual when deciding whether or not to require bail. This standard is used in most of the country, and results in Black people being considered dangerous, whether they actually are or are not. Pre-crime is the stuff of science fiction but is used against Black defendants in court houses every day, as Black people are always deemed too dangerous to await trial in their homes. Judges are no less racist than anyone else and they have a very direct impact on the lives of men, women, and children who are locked up when they should be free.

Of course New York legislators are not perfect. Regardless of their politics, all elected officials are constantly targeted by big banks, big real estate, big pharma, and of course the big prison industrial complex. Their need to raise campaign funds compromises them and gives access to people and corporations whose very existence is antithetical to the needs of Black people.

Anti-black racism is foundational to this country and explains why outcomes are worse in healthcare, housing, education, and most of all in law enforcement. It is rare for politicians of any race to do right by Black people. When they do, their actions must be recognized.